Heading down under? A trip to Australia, New Zealand, or an island in Oceania is a dream for many and the long trip across the ocean means you’ll likely want to spend extra time exploring the region. When searching for flights, don’t forget the smaller carriers, which may not show up in the results of your favorite booking site.

These are the Regional Airlines of Australia and Oceania

Major airlines in the region such as Air New Zealand and Qantas have flights to/from North America as well as a wide network within the region, but you may want to check smaller regional carriers such as Jetstar or Tiger Airways for a cheaper flight within Australia and Oceania.

Airlines Based in Australia, New Zealand, and Oceania with Flights to/from North America 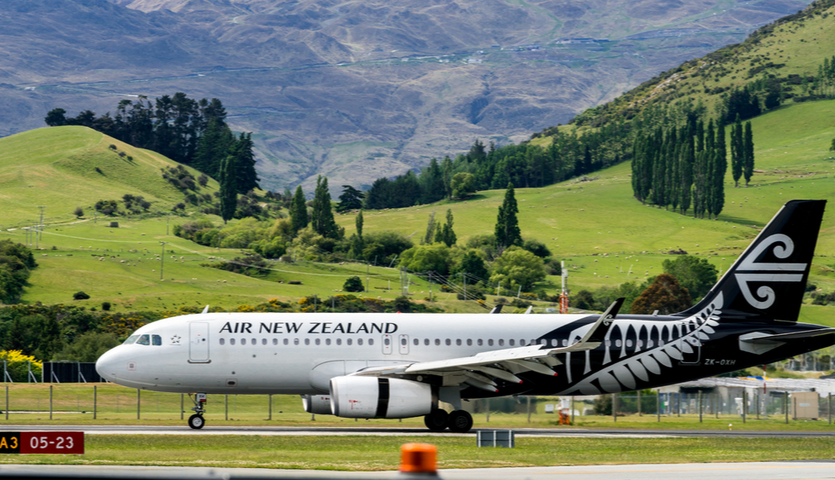 The flag carrier of New Zealand has expanded its network in North America recently. The airline mainly flies between the West Coast and its hub in Auckland (AKL), but has added a few flights from the Midwest and plans to add an East Coast flight from Newark (EWR) at the end of 2020. This will complement its partnership with United and the Star Alliance network by better connecting the two continents.

Air New Zealand also has plenty of flights within New Zealand, to Australia, and the Pacific Islands of Oceania. For those looking to add on a trip to Asia, Air New Zealand also flies to the major cities in both North Asia and Southeast Asia. It also has one flight to South America between Auckland and Buenos Aires (EZE).

Related: Star Alliance, SkyTeam, Oneworld: Which Airline Alliance is Best for You? 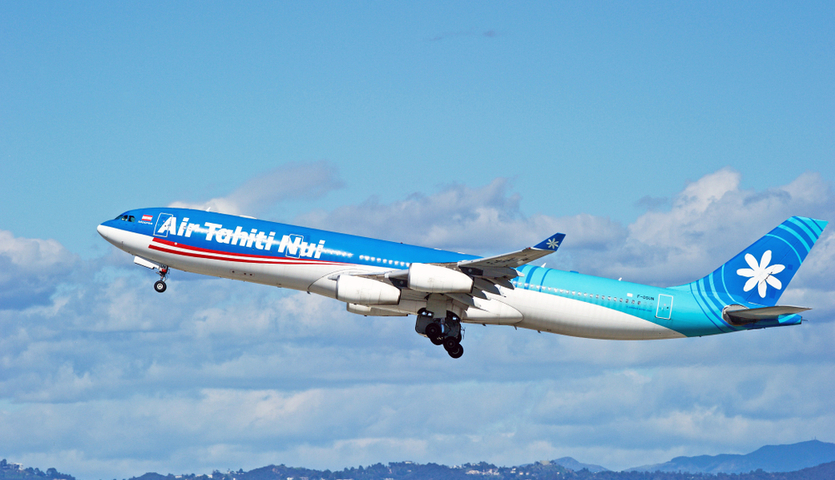 You can reach Papeete (PPT) on the island of Tahiti nonstop from Los Angeles (LAX) with Air Tahiti Nui, originating in Paris (CDG). Other destinations you can reach on Tahiti’s long-haul carrier include Tokyo (NRT) and Auckland (AKL). This connects some of the world’s major cities to French Polynesia; and with several codeshare partners, you may find yourself on an Air Tahiti Nui flight to paradise after a connecting flight on another carrier. As the national airline for the archipelago consisting of more than 330 islands, Fiji Airways offers nonstop long-haul flights from Honolulu (HNL), San Francisco (SFO), and Los Angeles (LAX) to its hub in Nadi (NAN). Travelers looking for a 2-for-1 adventure to the South Pacific can fly Fiji Airways to Australia or New Zealand and add a stopover in Fiji for a small fee. Other long-haul flights from Nadi include a few of the major hubs in Asia. Fiji Airways also has several flights to other Pacific Islands and some puddle jumper flights within Fiji with its Fiji Link service. Established in 2003 as a low-cost subsidiary for Qantas, Jetstar has grown to become one of the largest low-cost airlines in the region. The main hubs in Oceania are still at Australia’s Melbourne (MEL) and Sydney (SYD) airports, with secondary hubs in Auckland (AKL) and other major Australian cities. Other than Australia/New Zealand, Jetstar has subsidiaries in Singapore, Vietnam, and Japan. Its international network covers most of the Asia Pacific region and even reaches the U.S. with flights to/from Honolulu (HNL).

Click here for a complete look at the Jetstar route map 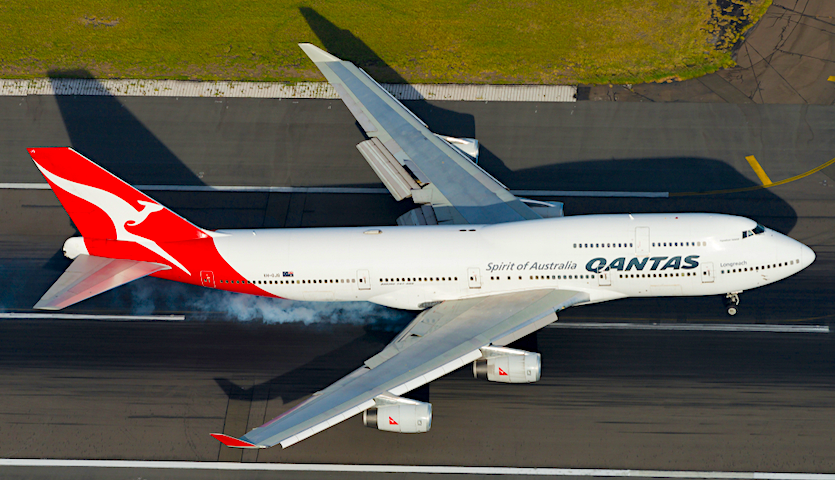 The largest airline in Australia and the whole Oceania region, Qantas flies to worldwide destinations in both North and South America, Europe, Asia, the Middle East, Africa, and, of course, Australia, New Zealand, and the South Pacific. Its headquarters and largest hub are in Sydney (SYD), with other hubs in Melbourne (MEL) and Brisbane (BNE). Qantas is a member of the Oneworld alliance, which means it partners with airlines such as American Airlines to provide codeshare service to nearly every corner of the world.

Click here for a complete look at the Qantas route map 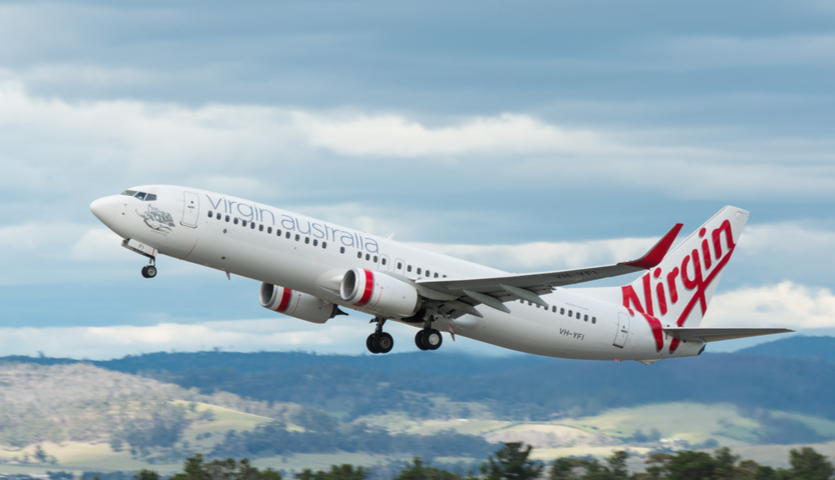 Although Richard Branson’s brand didn’t last in America, it is still going strong down under. Virgin Australia’s flight network is mostly within Australia and it also has a few flights throughout Oceania and a few major markets in Asia. Flights from the U.S. depart from Los Angeles (LAX) to Virgin’s main hubs in Brisbane (BNE), Melbourne (MEL), and Sydney (SYD). Virgin Australia partners with Delta in the U.S. to provide connecting service throughout the country, but it isn’t a member of any major airline alliance.

Small Regional Airlines Based in Australia 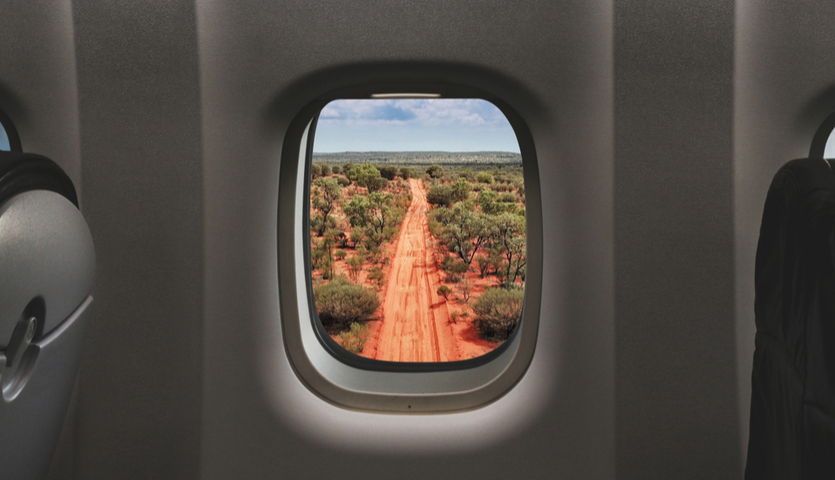 There’s more to aviation in Australia than Qantas, Virgin Australia, and Jetstar. Check out where these smaller carriers fly if you want to do some island exploring or get lost in the bush.

Based in Darwin (DRW), Airnorth primarily has a domestic route network in northern Australia. It reaches as far as Perth (PER) in the southwest and Melbourne in the southeast. It’s one international destination is to Timor-Leste.

Click here for a complete look at the Airnorth route map

You’ll find Alliance Airlines flights all across Australia in some niche markets out of cities like Perth, Adelaide, and Brisbane. From certain cities, you’ll be redirected to book with Virgin Australia.

This small carrier offers cheap regional flights out of Newcastle and Sydney.

Fly Tiwi is a small airline based in Darwin that flies to/from some of the islands in the surrounding area.

Explore remote areas of Tasmania with Par Avion's limited flight schedule on this island, which is nearly entirely a national park.

Hop your way through the bush with a flight on Regional Express Airlines. Its network includes many short flights in rural Australia, which eventually connect to some of the major cities along the coast.

Once you’ve landed in Melbourne’s Tullamarine International airport (MEL), you may want to look into a regional flight on Sharp Airlines from Melbourne’s Essendon Airport (MEB). Flights include a free shuttle between the airports and include destinations such as King Island, Flinders Island, and Tasmania.

Fly around western Australia on a Skippers Aviation flight. The small route network includes flights from both Perth and Broome to inland destinations in the region.

Avoid the masses at the Great Barrier Reef around Cairns and take a short flight to other remote areas for a more personal experience. Skytrans offers flights up to Horn Island and from there to several other islands in the Torres Strait.

Click here for a complete look at the Skytrans route map

Tiger Airways is an airline based in Singapore (SIN) with affiliates in a few other Asian countries as well as its Australia subsidiary. Tigerair Australia has a network connecting some of Australia’s largest cities and tourist hotspots throughout the country. You can often find super cheap fares on Tigerair, but make sure you are familiar with its many extra fees.

Related: Who Flies Where?  A Guide to Mexico/Central American Airline Coverage Fly to the Chatham Islands with the airline that claims to be the largest privately-owned airline in New Zealand. Other regional flights include travel around the North Island to/from Auckland.

Fly to Great Barrier Island just off the coast from Auckland with Barrier Air. Flights from other North Island cities are also available and they can be pretty cheap.

Looking for your fix of Hobbiton? Fly to the set of movies such as The Lord of the Rings and The Hobbit with Fly My Sky. The airline also offers scheduled flights to Great Barrier Island.

Hop from Wellington (WLG) to the South Island and fly around select cities within the South Island on Golden Bay Air. The airline offers a few scheduled flights along with both scenic and charter services.

Originair has you covered for the short hop between the North and South Islands of New Zealand. Fly between Nelson and both Wellington and Palmerston North. All tickets include a checked bag.

Click here for a complete look at the Originair route map

Another small airline covering the short flight between the islands, Sounds Air has 8 destinations and over 300 flights every week. It mainly flies to/from Wellington with a few other routes as well.

If you’ve reached the end of the South Island and still want to go further south, take a short flight from Invercargill to Stewart Island with Stewart Island Flights.

Check out Great Barrier Island or a more remote city in the North Island with a scenic or scheduled flight on Sunair.

Click here for a complete look at the Sunair route map Fulfill all of your island-hopping dreams with these small airlines flying between the islands of Oceania. A few carriers even have some long-haul flights to/from Australia, New Zealand, and Japan. Check out where each carrier flies and be ready for some scenic views along the way.