Even though the calendar says it's Wednesday, there are still some Cyber Monday and Travel Tuesday flight deals available today. Have a look at the top 10 airfare deals we've found so far. 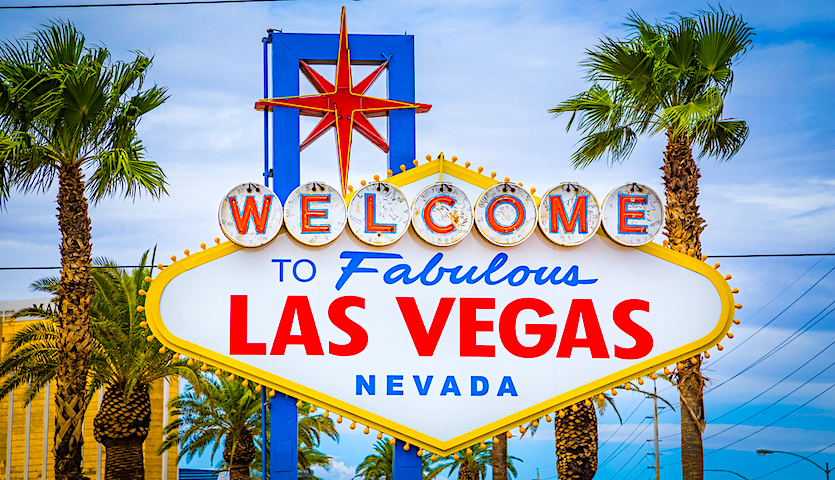 Fly nonstop from Los Angeles to Las Vegas for $58 roundtrip on Southwest or Alaska Airlines. Even lower fares are available on Frontier, but you'll likely pay more on Frontier in the end if you travel with any luggage larger than a small backpack. Go with Southwest if you want to bring a checked bag as it includes two for free. Travel on Tuesdays, Wednesdays, or Saturdays, from January through early March. I found seats departing Los Angeles LAX on Saturday, January 11, returning from Las Vegas LAS on Tuesday, January 14. For travel over the Christmas holiday, fly nonstop from Miami to New York for $151 roundtrip on Frontier. Lower fares can be found for off-peak travel, but if you're looking for a last-minute flight for Christmas, this is one of the best deals out there. I found this price departing Miami MIA on Monday, December 23, returning from New York LGA on Tuesday, December 31. You'll be in the air when the clock strikes midnight on New Year's, so celebrate with a toast to your seatmate. And if you prefer to spend New Year's in NYC, it's only about $50 more for a late evening return flight on New Year's Day.

› See all of our current deals to New York-LaGuardia (LGA), New York-Kennedy (JFK), and Newark (EWR) from all over the U.S. and Canada

Related: It's Not Too Late! Last-Minute Christmas Deals and How to Find Them The Cyber Monday Sale from Alaska Airlines is one of the best deals it has all year. Rarely do we see nonstop flights from San Franciso to New Orleans for less than $200 roundtrip. For this price, travel to New Orleans early in the week and return from NOLA later in the week. I found seats on Alaska Airlines departing San Francisco SFO on Monday, February 24, returning from New Orleans MSY on Wednesday, March 4. That even gets you into New Orleans for the end of Mardi Gras. Fat Tuesday is February 25, 2020. United is matching with slightly more availability, but keep in mind that United's Basic Economy fare only includes a small personal item.

› See all of our fares to New Orleans (MSY) from all over the U.S. and Canada

Coast-to-coast flights have never been consistently this cheap. Spend a few winter days in SoCal with nonstop flights from New York to Los Angeles for $197 roundtrip. Choose from all airlines flying this route, which includes Alaska Airlines, American, Delta, and JetBlue. Daily travel dates can be found between January and early March. I found seats departing New York JFK on Friday, January 10, returning from Los Angeles LAX on Friday, January 17. Here's another fantastic fare from Alaska Airlines' Cyber Monday sale. Fly nonstop from San Diego to Kauai for $258 roundtrip. Travel nonstop with Alaska Airlines on Mondays and Wednesdays, from January through early March. And if you'd like to fly on Tuesday or Thursday, Hawaiian Airlines is selling tickets for the same price with a connection. I found seats departing San Diego SAN on Wednesday, January 8, returning from Kauai LIH on Monday, January 13. You'll find this same price on several routes between the West Coast and all of the Hawaiian Islands.

Related: These Are the Best Travel Rewards Credit Cards for 2020 Spend spring break on the Riviera Nayarit! Nonstop flights on American Airlines from Phoenix to Puerto Vallarta are only $290 roundtrip for travel between late February and mid-May. I found tickets for this price departing Phoenix on Monday, March 9, returning from Puerto Vallarta PVR on Monday, March 16. Upgrade to a Main Cabin fare for an extra $60 if you'd like to choose specific seats.

› See all of our fares to Puerto Vallarta (PVR) from all over the U.S. and Canada We're seeing some excellent fares for nonstop flights from Philly to Europe today. Fly nonstop from Philadelphia to Amsterdam for $359 roundtrip on American. For this price, look for travel dates in January and February, departing Philly on Mondays or Wednesdays, returning from Amsterdam on Tuesdays or Thursdays. I found this price departing Philadelphia PHL on Monday, February 17, returning from Amsterdam AMS on Tuesday, February 25.

› See all of our fares to Amsterdam (AMS) from all over the U.S. and Canada

Related: How to Breeze Through TSA Lines Like a Champ 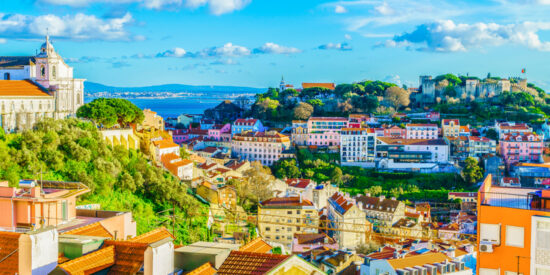 Good news for Montrealers! TAP Air Portugal will start flying from Montreal's Trudeau Airport in May 2020. We often see super cheap flights on TAP to cities all across Europe from its North American gateways and now it looks like Montreal will see some lower fares across the pond thanks to new competition. Fly nonstop from Montreal to Lisbon for $576 CAD roundtrip. This price can be found on scattered dates in June and from August onward. I found tickets departing Montreal YUL on Thursday, June 11, returning from Lisbon LIS on Thursday, June 18.

› See all of our fares to Lisbon (LIS) from all over the U.S. and Canada Fly from Washington D.C. to Manila for $664 roundtrip on ANA/United. Travel on Mondays, Tuesdays, Wednesdays, and Thursdays, departing from DC between late February and April or on a few dates in August. I found seats departing Washington D.C. IAD on Monday, February 24, returning from Manila MNL on Monday, March 2.

› See all of our fares to Manila (MNL) from all over the U.S. and Canada Emirates got in on the Cyber Monday and Travel Tuesday deal frenzy with some decent deals to Dubai and South Africa. Some of the other advertised sale fares were ho-hum, but we really like 5-star flights from Chicago to Johannesburg for $769 roundtrip. Look for mid-week travel dates in the off-peak shoulder seasons for this price. I found seats departing Chicago ORD on Thursday, January 23, returning from Johannesburg JNB on Monday, February 3. Trading a Windy City winter for a couple weeks in South Africa's summer sounds good to me.

› See all of our fares to Johannesburg (JNB) from all over the U.S. and Canada