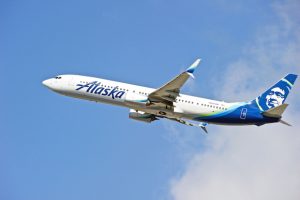 Alaska Airlines and the city of Dallas seem to be having a lover’s quarrel at the region’s secondary airport. The carrier announced that it will cut daily nonstop flights to both San Diego (SAN) and San Jose (SJC), California from Dallas Love Field (DAL) after November 4th. The Seattle-based carrier who initially proposed to increase service to Love Field is now backtracking on those expansion plans amid an ongoing legal battle involving gate rights at the airport.

Due to this litigation, Alaska’s long term goal of increasing flights to DAL has been put on pause, and the promised expansion of 20 daily flights will remain capped at the current level of 13 daily services. During the period between August 27 and November 4, Alaska will also reduce service to Los Angeles (LAX), San Francisco (SFO), and Seattle (SEA). However several of those frequencies will return following the termination of the San Diego and San Jose services.

Alaska inherited two gates at the airport alongside its acquisition of Virgin America; the other 18 gates at Dallas Love Field are operated mainly by Southwest Airlines alongside limited-service by Delta. The city of Dallas wants to shift Delta’s operations to one of the Alaska owned gates allowing for Southwest to wholly control timed slots at those gates. Delta refused to vacate its shared slots with Southwest, and now a trial is set for a hearing on September 9, 2019, regarding the airline's right to operate at the airport. Alaska is waiting to see how the case shakes out and how the coveted slots at DAL will be administered then will likely re-evaluate its plans at the airport if a settlement is reached.