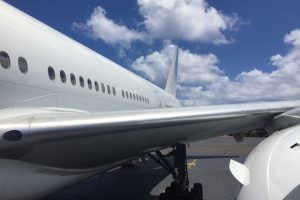 Another weekend in the books, did it go by too fast? Take some more time off than a couple of days and book yourself a well-earned vacation. Airfares change daily, which is why we’re always on the hunt to help you grab the best-priced deals out there. Following is a list of the top 10 fares that we deal hounds have sniffed-out so far today. A nice price drop on one of out most subscribed fares! Fly nonstop from New York-LGA to Chicago-ORD for $77 roundtrip this winter or spring. Departures are available as soon as next week on Tuesday and Wednesdays through early May. It looks like Delta and American are dropping their prices to compete with Spirit on this busy route, which amounts to savings for you. Searching on Delta, I found tickets at this price departing LGA Wednesday, March 6 and returning from ORD on Tuesday, March 12, 2019. This fare might not last for very long so act quickly if interested. Feeling lucky? Then place your bets on this great deal to Sin City on United Airlines. Baltimore to Las Vegas roundtrip flights are available for $164 this winter and spring. Departures are mostly available on Tuesdays and Wednesdays but other odd weekdays are popping up during select weeks in February and March. The travel window on this deal stretches from late February through mid-May. As an example, I found an itinerary at this fare price departing BWI on Saturday, March 2 and returning from LAS on Tuesday, March 5, 2019. Here’s a fantastic fare from Fiji Airways ongoing sale that we posted last week. Fly from Los Angeles to Christchurch, New Zealand for $697 roundtrip through December. Flights are available on select dates starting in early February with departures valid on Sunday, Tuesday, and Thursdays through December 10. What's even better with this deal is that you can add a stopover in Fiji along the way! Turn it into a twofer! As an example, I found seats departing LAX on August 22 and returning from CHC on Tuesday, September 3, 2019. Dates are widely available in the spring and fall months.

See all of our fares to Christchurch (CHC) from all over the U.S. and Canada. Celebrate Cinco de Mayo in the capital of Mexico this year! Fly from Orlando to Mexico City for $222 roundtrip on JetBlue through early June. Seats are available for travel any day of the week beginning in mid-February through June 12, 2019. Other dates are available for only a few dollars more, with mid-April dates blacked out. For flight dates over Cinco de Mayo, you can depart MCO on Saturday, May 4 and returning from MEX on Thursday, May 9, 2019. For the best availability, search in February and March for this price. Put yourself in island mode this winter. Fly from Seattle to Honolulu for $300 roundtrip on Delta. Flights are limited at this price, but you can find inventory on Monday through Thursdays departing in late February with returns available in early March. Other dates are available at a few dollars more but may require a stopover. For nonstop flights try out these dates departing Tuesday, February 26 and returning from HNL on Thursday, March 7, 2019. Fly from Chicago-ORD to Copenhagen for $333 roundtrip on Finnair this spring. Daily flights open up at the beginning of April and are valid through early to mid-May. A Saturday night stay is required, and other airlines are matching if you prefer to fly with another carrier. On all airlines, this fare will fall into the Basic Economy bucket, which only includes carry-on luggage. Checked baggage will cost additional. For example, I found seats departing ORD on Monday, April 1 and returning from HEL on Tuesday, April 9, 2019. Keep an eye out for itineraries that require long layovers. Here’s another great deal from JetBlue today. Fly nonstop from Boston to Jacksonville for $137 roundtrip this February. Great for a last minute escape, flights are available daily departing as soon as next week with returns valid through February 20. Searching on the JetBlue site, I found tickets at this price leaving BOS on Saturday, February 9 and returning from JAX on Monday, February 11, 2019. One-ways can be purchased for $69, with Delta matching on some dates.

See all of our fares to Jacksonville (JAX) from all over the U.S. and Canada. Here’s an excellent flight deal to Southeast Asia. Fly from San Francisco to Bangkok, Thailand for $432 roundtrip on China Southern. Departures at this price are available on Tuesday, Thursday, and Saturdays, starting at the end of February through early May. Returns are available on other weekdays; with three nights or Saturday stay required. Some itineraries may require a long layover, but as I detailed here, China Southern has a very generous free transit hotel offer for those itineraries that qualify. For a list of sample flight dates, I found seats departing SFO on Tuesday, April 9 and returning from BKK on Monday, April 22, 2019.

See all of our fares to Bangkok (BKK) from all over the U.S. and Canada. Are you looking to fly somewhere new this year? Why not try Bolivia? Here's a great deal on one of American Airline's newer routes. Fly nonstop from Miami to Santa Cruz de la Sierra, Bolivia for $330 roundtrip. Flights are available daily starting in the middle of March through the end of May. Certain weeks have scattered availability, but if you are flexible with your travel dates, you should be able to find a window that works for you. As an example, on AA.com I was able to find tickets departing MIA on Thursday, May 2 and returning from VVI on Wednesday, May 8, 2019.

See all of our fares to Santa Cruz (VVI) from all over the U.S. and Canada. 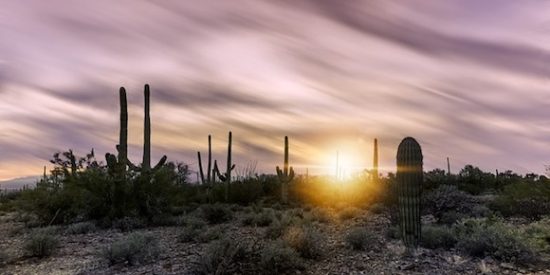 Fly nonstop from San Jose, CA to Tucson for $137 roundtrip on Southwest or Alaska this winter. Flights are available on Tuesdays, Wednesdays, and Saturdays starting in mid-February through mid-March. Saturdays are pretty much sold out on Southwest so search on Alaska if you require a weekend departure. One-ways are $69 so you can mix an match between airlines. Searching on Southwest, the only place you can purchase flights on the airline, I found seats departing SJC on Tuesday, February 20 with a return flight from TUS on Wednesday, February 27, 2019.

See all of our fares to Tucson (TUS) from all over the U.S. and Canada.