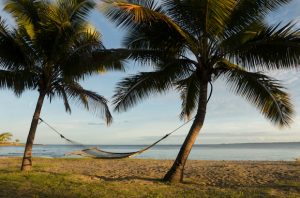 There may be lower fares available on other airlines from these cities to Australia and New Zealand, but if you want to take a 2-for-1 trip, take advantage of Fiji Airways' free stopover program for stopovers less than 72 hours. If stopover is more than 72 hours, additional taxes will apply.

Flights from Los Angeles are operated daily. Flights from San Francisco are flown on Tuesdays, Thursdays, and Saturdays. Hawaii flights are only flown on Sundays. However, there may be other scattered days of the week available with stopover itineraries.

Blackout dates vary depending on the route. Click on the fare details below for more booking info.

These are the advertised fares. Prices may actually be slightly lower depending on which booking site you use.

For more deals to the South Pacific, have a look at all of our fares to Nadi (NAN), Sydney (SYD), Auckland (AKL), Brisbane (BNE), Adelaide (ADL), Melbourne (MEL), Christchurch (CHC), and Wellington (WLG).

Need a place to stay in Fiji? Whether it's your only stop or just a few nights on a stopover, have a look at these hotel options on TripAdvisor.