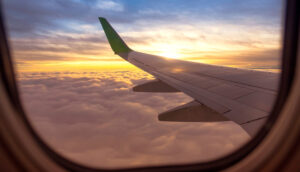 For the past few years, the expansion of Basic Economy fares has been one of the biggest stories in the airline industry. This bare minimum airfare, which has restrictions on baggage, seat selection, and flight changes, started to become more prevalent in 2017 and hasn’t stopped spreading since. What will a Basic Economy fare look like after the coronavirus pandemic?

Basic Economy Has Changed Due to Coronavirus

Originally, this type of fare was implemented by the major airlines to compete with low-cost carriers offering a no-frills product. It has since expanded to several routes in markets that don’t compete with budget airlines. This means Basic Economy is likely to stick around even if low-cost airlines go out of business. Airlines have retroactively changed some policies due to the COVID-19 outbreak, some of which are more consumer-friendly and could be a more permanent aspect of Basic Economy in the future.

In wake of the coronavirus pandemic, airlines have scaled back the most restrictive aspect of Basic Economy. Policies vary by airline, but the major carriers usually don’t allow changes at all for Basic Economy tickets. Since we are all experiencing an unprecedented disruption to travel (and life), airlines are now allowing free changes for all tickets — even those pesky Basic Economy fares.

It’s not clear yet how long these free flight change policies will continue, but it’s safe to say that as long as travel restrictions stay in place we’ll be able to make changes on any type of ticket purchased. Airlines will eventually come up with a more permanent policy. Ideally, airlines would start to adopt strategies like Southwest’s no change fee policy for all tickets. While this is always a possibility, I think it’s unlikely to become widespread in the long term. Either way, I don’t think that Basic Economy fares will simply revert to the original restrictions on flight changes.

No More “Use it or Lose it” Restrictions

I don’t foresee many travelers purchasing a “use it or lose it” ticket in the near future. It will likely be a few years down the road before most people would consider taking this risk. However, I don’t think Basic Economy tickets will simply allow free flight changes across the board forever. At some point, I expect legacy airlines like American, Delta, and United will either add a “no change fee” perk to standard or Main Cabin Economy fares, while still charging change fees on Basic Economy, or, there will be higher change fees for Basic Economy than other types of fares.

Notably, ultra-low-cost carriers have not been as restrictive as the larger airlines on flight changes. Spirit’s “Bare Fare” has always allowed changes for a fee — and this fee is often much lower than a change fee on a legacy carrier for standard or Main Cabin Economy. I think we’ll see the major U.S. airlines and partners around the world adapt to a more flexible policy regarding ticket changes in the future. While fees for flight changes probably won’t go away completely, there should at least be the option to make a change on any type of ticket.

Low Chance of a Middle Seat

Many airlines have started to temporarily block middle seats in order to help with physically distancing passengers onboard. These provisions could even become mandatory for the near term, but such a mandate would not be feasible for the long term. Planes are still likely to be less full when travel demand does pick up again. For this reason, it will be less important to pay extra in order to choose a specific seat. Chances of being assigned a middle seat will go down and it will be easier to move around to an empty seat once onboard.

However, seat selection fees will likely stick around and could become more prominent. For now, some airlines, like Delta, simply don’t allow advanced seat assignments for Basic Economy tickets. While American and United initially had the same restriction, both have adopted seat selection fees in some markets when purchasing Basic Economy tickets. I think we’ll see Delta and other airlines upgrade booking systems to allow this option in the future.

There are also airlines, such as Air Canada, that charge seat fees for both Economy Basic and Economy Standard fares. In order to increase revenue, more airlines may follow this model and charge seat selection fees for more than just the most restrictive type of fare.

The Coronavirus, Aid, Relief, and Economic Security (CARES) Act includes a tax holiday for the rest of 2020. This means airfares can fall even lower than what was possible before. For example, due to taxes, the lowest possible roundtrip fare for a flight to Puerto Rico used to be $59. After the tax holiday, we’ve seen members-only Frontier fares to Puerto Rico as low as $10.11 one-way and $21 roundtrip. Frontier was actually selling its entire domestic network for this same price, including flights from Newark to Las Vegas.

And it’s not just ultra-low-cost carrier Frontier dropping fares this low. We even saw JetBlue flights from Boston to San Juan for $23 roundtrip.

Online booking fees could also be reduced or just abandoned altogether. The idea of charging extra for the privilege of booking your flight online seemed absurd before, but in these times of stay-at-home orders, airlines could take even more flak for forcing budget travelers to purchase tickets at the airport in order to save money. Frontier seems to be eliminating this fee for Discount Den members in certain sales, but its “carrier interface charge” is still appearing for non-members. Spirit has also eliminated booking fees for some flights, but not all.

Related: What the CARES Act Means for Airlines and Airfares

One thing hasn’t changed for Basic Economy fares — bag fees. Instead, fees are actually increasing for certain flights on some airlines. American Airlines just increased its bag fee for Basic Economy tickets to Europe to a whopping $75 each way and United quietly increased its fee to $70 at some point earlier this year. While plans to increase these fees may have been in the works before, it’s not a good look for airlines to increase fees during a pandemic. Unfortunately, we’re likely to see bag fees remain in place when purchasing the cheapest ticket available and we may even see more increases or start to see more fees for carry-on bags.

Spirit Airlines was the first airline to charge a fee for full-sized carry-on bags brought onboard the aircraft. This remains a policy that is largely unique to ultra-low-cost carriers on short-haul routes. Other airlines that have similar fees include Allegiant, Frontier, Ryanair, Sun Country, Swoop, and Volaris. The popular Icelandic carrier Wow Air was the first airline to charge a carry-on bag fee for transatlantic flights. It has since gone out of business, but Norwegian recently started charging this fee and will likely continue to if it is able to survive the crisis. That’s a big if.

One legacy carrier in the U.S., United, essentially has the same policy for Basic Economy tickets on domestic and short-haul international flights. Currently, it technically doesn’t allow a full-sized carry-on bag and any bag larger than a personal item must be checked. However, standard Economy fares do allow a carry-on bag, so if you pay more (i.e. bag fee), you get to bring your bag onboard.

A carry-on bag fee does translate to fewer bags in the cabin and more efficient boarding, which is something the airlines are going to need in order to keep turnaround times to a minimum. More extensive cleaning procedures are in place due to the coronavirus and this takes more time to disinfect an aircraft in between flights. I could see more airlines adopt a carry-on bag fee not only for more revenue, but also to minimize the time an aircraft sits at the gate between flights.

Related: The Airlines Most (and Least) Likely to Survive the COVID-19 Crisis

In short, I think we will have more choice when purchasing airfares in the future. Basic Economy will probably become less restrictive in certain aspects, like flight changes, but we may see more or increased fees. Whether or not this means Basic Economy will be better (or worse) is in the eye of the beholder.