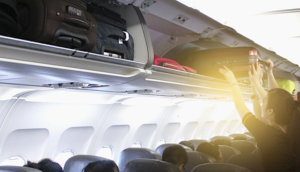 Can transatlantic basic economy fares get any more basic? If you're flying on Norwegian Air, they just did! Today, the low-cost-carrier has lowered the bar by excluding overhead cabin bags from its lowest fare option.

Flights ticketed in the “LowFare” category booked as of today, January 23, 2020, will only include an under-seat bag measuring (12x8x15 in) or (30x20x38 cm). Essentially, that's a small backpack or large purse weighing no more than 22 lbs (10 kg). While we’ve seen this draconian approach taken on budget US-domestic carriers like Frontier, Spirit, and even legacy carrier United, this is the first time that it’s been widely implemented on flights between the States and Europe.

Norwegian, who has been walking a financial tightrope over the last year or so, is looking to drum up revenue with this new baggage policy, one that I predict will end up backfiring.

With other mainline carriers practically price matching on most of Norwegian’s transatlantic routes, there’s not much reason for the average customer to choose the airline over a competitor knowing that their baggage will be limited to the size of your average grocery bag. Not to mention the cloud of uncertainty surrounding the airline's economic stability beyond this year's peak summer swell. Booking itineraries after August might make customers uneasy considering the recent spate of low-cost carriers going bust overnight.

For travelers who don’t upgrade to the LowFare+ option, which includes the previous standard carry-on limit plus a checked bag  (usually costing about $75-100 more each way), the opportunity to pay extra for an overhead bag is available. Up to four hours before departure, LowFare ticketed passengers will have the option to pony up for an overhead cabin bag for $12 one-way. While this isn't as overwhelming a fee as $45 seat selection, it's still an extra $24 that flyers will have to shell out for a perk that was once included. Even though I’ve been a proponent for the upstart airline, checked baggage fees on the carrier have steadily increased (from $45 to $60 each way) over the last two years. This new fee for larger carry-on bags will not only rankle the few supports the airline had, but its nickel-and-diming measures could potentially send new customers to a carrier with a stronger household name. Especially if the price is in the same ballpark and includes a standard-sized bag onboard.