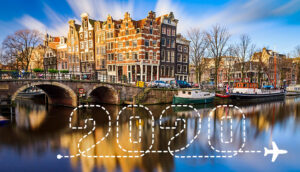 Expand your travel horizons this year with a new batch of exciting routes linking up U.S. airports to cities never served before. Looking to capitalize on demand, airlines are always tinkering with their flight networks and seasonal schedules. And by doing so, they open up nonstop opportunities between destinations that could've required two connections in years past or ones you might've simply overlooked.

From ultra-long hauls shuffling the top 10 longest flights to added domestic service to regional hubs, these are the 12 most anticipated new routes in 2020. 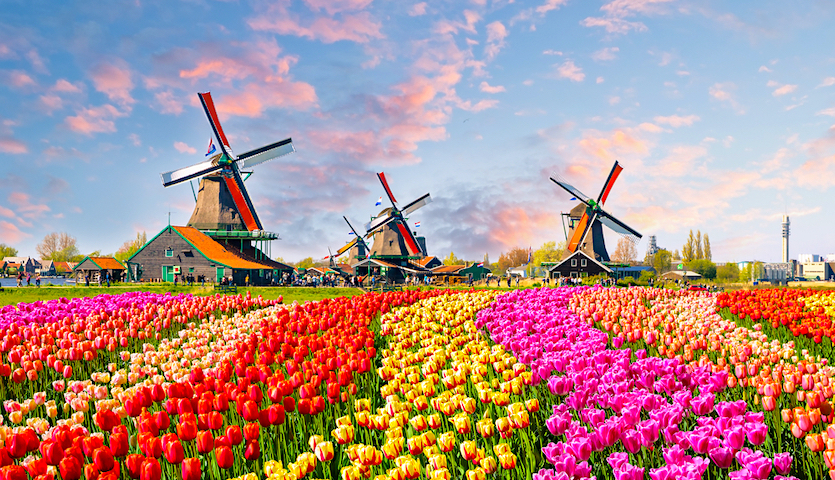 Swap out Texas bluebonnets for a tulip craze onboard KLM Royal Dutch Airline’s newest U.S. route flowering between Austin and Amsterdam. The new three-time weekly service (Monday, Thursday, and Saturday) will start on May 4, 2020, reinforcing KLM's joint-venture with partner Delta. Alongside the new option to Amsterdam, Norwegian Air is adding nonstop flights from the Texas capital to Paris this May, giving AUS-based flyers five transatlantic flight options in 2020, compared to only one a few years ago.

› See all of our fares to Amsterdam (AMS) from all over the U.S. and Canada. 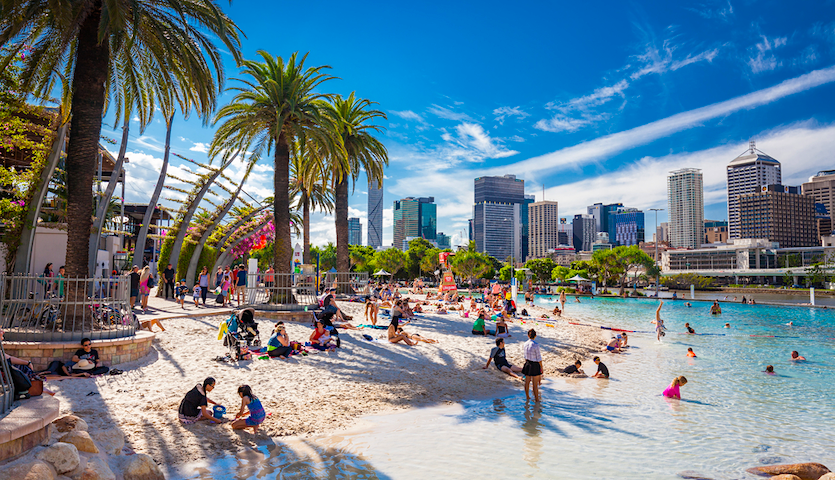 Following the United States DoT approval of the joint-venture between American Airlines and its Oneworld compatriot Qantas, the Australian flag-carrier is ready to add Chicago O’Hare to its expanding route map. At 8,901 miles, the new ultra-long-haul route will register as the fourth-longest flight in the world once it takes off on April 15, utilizing one of the carrier’s 789-9 Dreamliners. Alongside Air New Zealand’s nonstop service to Auckland launched last year, Midwesterners now have two direct options taking them Down Under if they're willing to embark on the 17-hour adventure.

› See all of our fares to Brisbane (BNE) from all over the U.S. and Canada. 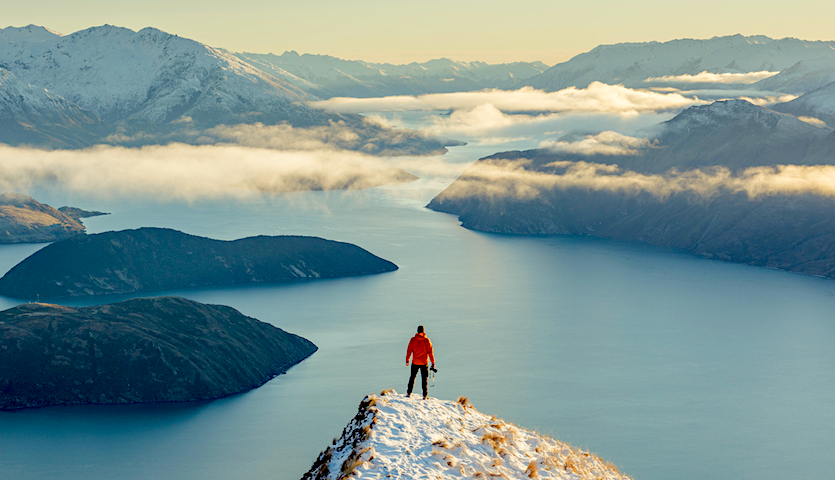 Keeping it Antipodean, American Airlines is linking up Los Angeles with New Zealand's second-largest city Christchurch, becoming the only carrier to fly nonstop from the States to the nation’s South Island. Taking off in October, the seasonal service will coincide with the arrival of spring in the southern hemisphere giving flyers a perfect timeframe for outdoor Kiwi experiences. Slated at 13-hours, the new long-haul will operate three times per week on a Boeing 787-8 Dreamliner through March 2021.

› See all of our fares to Christchurch (CHC) from all over the U.S. and Canada. Wouldn’t it be nice to reach the French Riviera without a lengthy layover? United Airlines is here to help. Rub elbows with Hollywood's elite at the Cannes Film Festival or star in your own film fantasy as James Bond in the south of France with another nonstop connection between Newark and Nice. Starting May 2, this daily seasonal route will take aim at route rival La Compagnie that operates an all-business-class aircraft between the city-to-city pair. So, what's so exciting about a new route that already being served? United's foray into the French market will likely create some healthy competition to the swanky European summer hotspot and drive fares down.

› See all of our fares to Nice (NCE) from all over the U.S. and Canada. 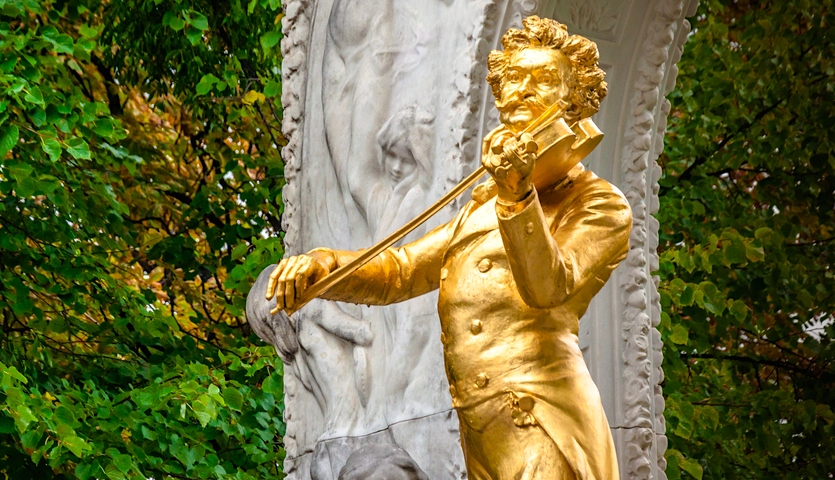 Boston based flyers are in a golden age of international travel options as Logan Airport keeps luring new carriers from across the globe. The latest airline to set up shop in the Hub is Austrian Airlines, which is swapping its seasonal Miami service further up the East Coast to Boston starting on March 29, 2020. This gives Beantown its first-ever nonstop connection to Vienna,  recently voted most livable city in the world. Beyond Austria, the new link benefits travelers looking to explore other areas in Central Europe like Bratislava, Budapest, and Prague. All of which are easily reachable by rail.

› See all of our fares to Vienna (VIE) from all over the U.S. and Canada. 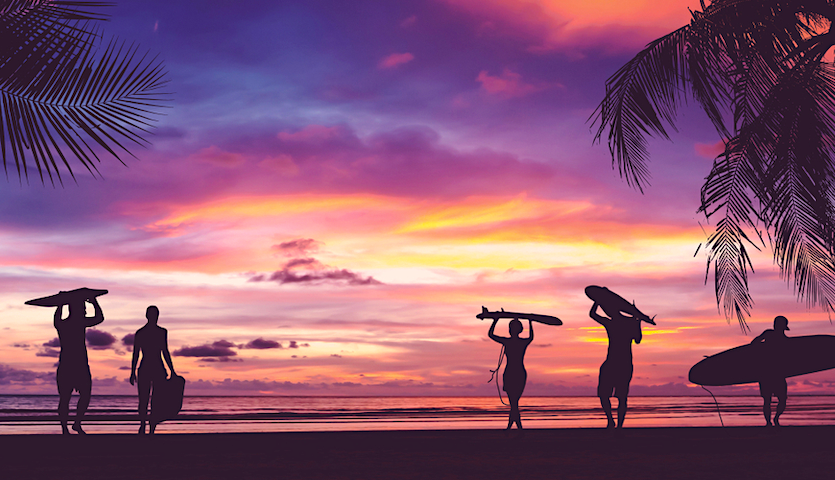 The grounding of the 737 MAX hampered Southwest’s initial Hawaiian expansion plans in 2019, but with a realignment of its aircraft, the low-cost carrier will double its island presence from San Jose and Oakland International Airports in 2020. Select nonstop flights to both Kona on the Big Island and Lihue, Kauai launched this month (January) from both Bay Area airports and are scheduled to fly daily starting in March. The two new islands will complement the existing nonstop flights to Honolulu and Maui launched last year and spread more Aloha Spirit across the Pacific. 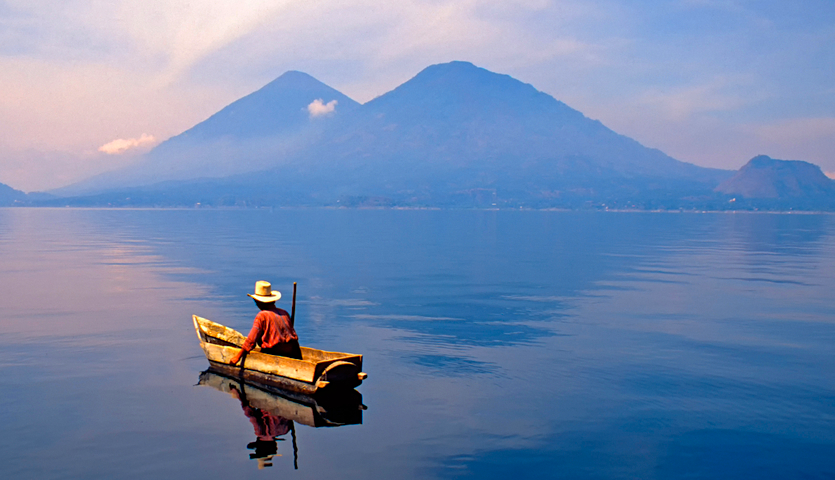 Celebrating the airline’s 20th anniversary this year, NYC-based JetBlue released a series of new shakeups to its 2020 route map, and headlining the announcement was the carrier's latest venture into Central America. Starting on June 1, JetBlue will touchdown in Guatemala City with nonstop service from its hometown hub of JFK. Guatemala will be the airline’s 25th country and a welcomed addition to its growing network in Latin America. This new daily service is the sole nonstop option between the markets, with tickets already on sale through the end of JetBlue's booking calendar.

› See all of our fares to Guatemala City (GUA) from all over the U.S. and Canada. 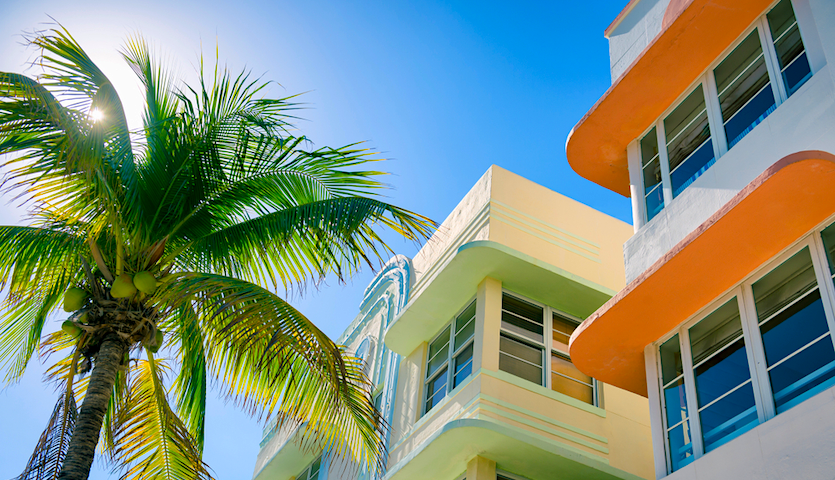 Delta’s investment in South America's LATAM Airlines has sent a ripple through the aviation industry, making Miami one of the airports at the epicenter. Once LATAM leaves Oneworld in 2020, so will its partnership with American – the most dominant airline at the South Florida hub. Enter stage left: Delta. To better connect passengers onward, Delta is beefing up its presence in MIA, and one of those new spokes is from its western hub of Salt Lake City. Starting on July 28, this new pathway will serve as the only nonstop connection between the airport pair, giving Delta a monopoly on the route. But Delta's not just stopping there. Service between Raleigh, Orlando, and Tampa to Miami is also getting a boost this May. 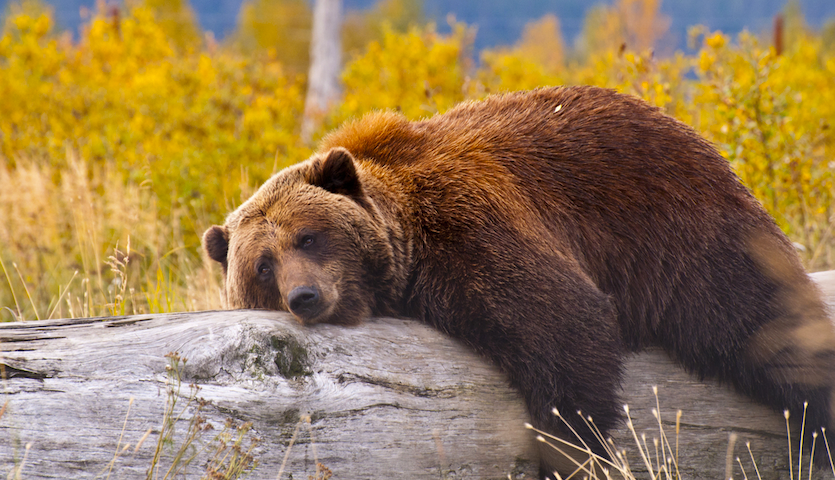 Alaska Airlines is staying true to its namesake with some 2020 nonstop seasonal service between San Francisco and Anchorage. Beginning on April 21, book a seat on Alaska and trade Golden Gate views for a real nugget in your gold pan. You’ll also strike it rich by booking during one of Alaska's weekly sales, which undercut United's prices on the city-to-city pair and allow for a full-sized carry-on piece of luggage. With service extending into October, Alaska also wins the travel window showdown too.

› See all of our fares to Anchorage (ANC) from all over the U.S. and Canada.

Related: The 8 Best Lightweight Carry On Luggage Under 5 Pounds 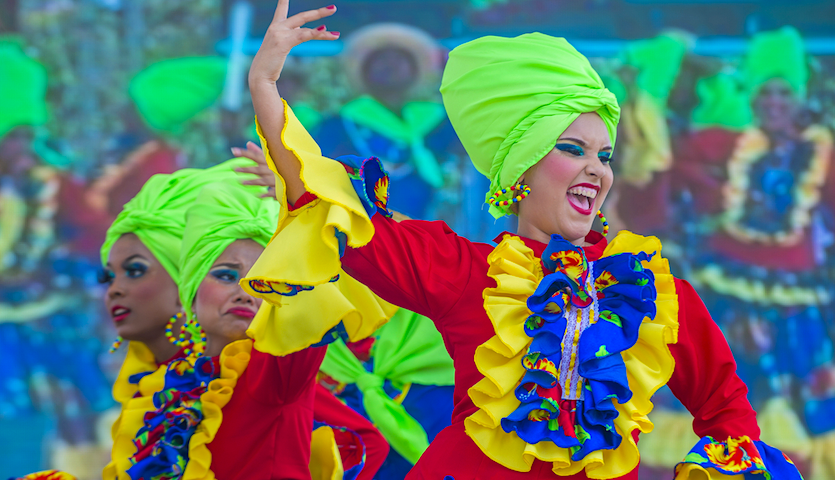 Spirit might be the airline everyone loves to hate, but if you've fallen for the beautiful country of Colombia, you might want to revisit your relationship status. This year ultra-low-cost-carrier will add the Colombian cities of Barranquilla and Bucaramanga to its already impressive list of flights between the South American nation and its Fort Lauderdale base. Travel days will vary on each route, but with Spirit's cheap one-way fares, travelers can easily book an open-jaw itinerary among the now seven Colombian airports served by Spirit.

› See all of our fares to Barranquilla (BAQ) & Bucaramanga (BGA) from all over the U.S. and Canada. Ok, you got me. This route isn’t actually a new city-pair per se, but just in time for the 2020 Olympics, ANA is changing the finish line for many passengers arriving in Tokyo. Flights from Houston and three other U.S. airports (IAD, SJC, SEA) will shift from Tokyo-Narita to the more conveniently located Haneda airport starting on March 29. These new daytime slots at HND are split amongst competitor Japan Airlines, who is also long-jumping some U.S.-bound service from Narita as a precursor to the influx of passengers arriving for the 2020 games in Japan.

› See all of our fares to Tokyo (HND) from all over the U.S. and Canada. 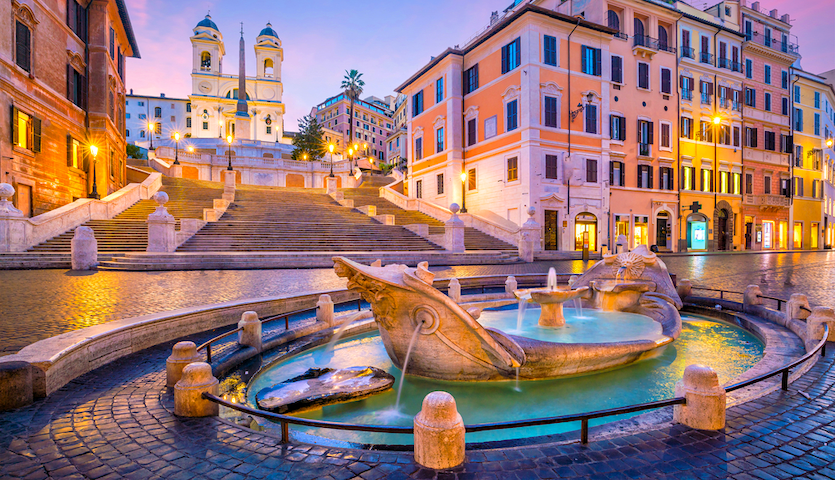 Enjoy “La Dolce Vita” by hopping on Norwegian’s newest transatlantic route between Denver and Rome. Starting on March 31, twice-weekly service to the Italian capital will take off from Colorado with a third flight added during late spring and peak summer travel, creating the first-ever nonstop flight between the two markets. But unfortunately, like the Roman Empire, all things must come to an end as this seasonal service is only available through October. So, if you’re looking to get your pizza and pasta fix, it's best to book now as this road to Rome will only be available for a limited time.

Related: Why You Should Stop Wasting Your Money And Start Flying Norwegian