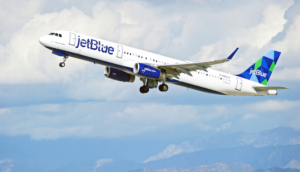 Having hinted at the rollout of a Basic Economy fare option for over a year, the New York-based budget carrier has succumbed and fallen in step with the rest of the industry by adding a "Blue Basic" fare bucket to its existing line up of price options – alongside another choice, dubbed "Blue Extra" aimed at flyers that require more flexibility.

Claiming that these new options and fare structure "will better meet the different travel styles and priorities of our customers," JetBlue is essentially carbon-copying the existing ticket styles offered by competitors like American and Delta.

While touted as a wider variety of choices for customers, the truth is Basic Economy fares, on the whole, don't offer cheaper tickets but instead add further restrictions to the already lowest price. So, while JetBlue and all the other airlines who have introduced these fares previously market them "for those who have firm plans and are looking for the lowest price," don't expect to see a sudden drop in prices. But instead, a barrage of upsells and promotions targeted at flyers to purchase a higher bracketed fare at $10 to $30 more each way to avoid things like boarding in the last group.

JetBlue plans to initially roll out these new "Basic Extra" fares on select airport pairings based on demand, but all signs point to these fares eventually being implemented network-wide if the carrier follows in the footsteps of its rivals. To learn more about the new fare classes and what is being eliminated and added, I have broken down the two new options below.

Basic Blue fares will include one personal item and one full-sized carry-on bag; however, this will now become space permitting as flyers will be in the last group to board. Free brand-named snack & drinks, free high-speed wi-fi, and DIRECTV inflight entertainment.

Blue extra fares also include the standard carry-on baggage limits as well as all the other amenities mentioned above in the Basic Blue fares like snack & drinks, free high-speed wi-fi, and live TV inflight entertainment.

JetBlue is playing catch-up with the rest of the domestic ticketing fare buckets to compete with its rivals and marketing it as a positive development for its customers. But it's merely marketing speak, and its cheapest fares will now come with more restrictions than before with the likelihood of prices not dropping any lower than currently listed.

These two new fare choices keep the airline in line with industry practices, and the addition of Blue Extra fares may be considered useful to travelers who need flexibility on the fly. But they will come with a hefty price tag for that benefit.