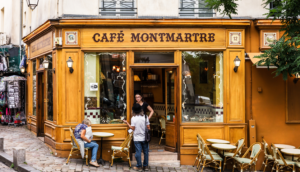 Shortly following the announcement of 2 new airlines flying between NYC and Paris, Level, a low-cost subsidiary of British Airways and Iberia, has announced it will fly nonstop between Boston (BOS) and Paris-Orly (ORY) starting next spring. Intro fares are as low as $99 one-way or $220 roundtrip. Some summer 2020 travel dates are included!

Starting March 31, 2020, Level will fly nonstop from Boston (BOS) to Paris-Orly (ORY) 3 times per week. In September, this will be increased to 4 flights per week. The new nonstop flights depart Boston at 11:00 pm ET, and arrive in Paris at 12:05 pm, local time, the following afternoon. Flights return from Paris at 7:15 pm and arrive back in Boston at 9:00 pm.

Level already flies from Boston to Barcelona (BCN) and also has existing service from Newark (EWR), Montreal (YUL) and San Francisco (SFO). The low-cost carrier will be the only airline to fly nonstop between Boston and Orly airport in Paris, but it will compete with Air France, Delta, and Norwegian, which all fly nonstop between Boston and Charles de Gaulle Airport in Paris (CDG). Currently, Level's fares for spring, summer, and fall 2020 travel are much lower than the competition.

The intro fare from Boston to Paris for $220 roundtrip is available within the following dates:

One-way flights are only $99, which is an amazing deal compared to the competition.

Level's Light fare only includes a carry-on bag and one small personal item. Checked bag fees start at $59 each way when purchased during the initial booking.

Level sells a "Plus" fare, which includes one free checked bag and meals and drinks on board. There will still be a fee for seat selection with this type of fare. It is priced much higher than the "Light" fare so I would assume that you can pay less by simply booking the Light fare and adding any extras you'd like à la carte. 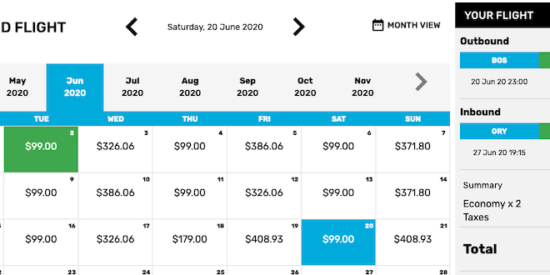