Where to Fly this Fall: 9 Affordable Destinations for 2019

Summer might be over, but the fun doesn't have to end. Autumn is officially here, and, in the season best known for its falling foliage, we're noticing a lot of airfares dropping, too. Peak temps, crowds, and prices are in the rearview, positioning fall as a fantastic time for an affordable getaway.

From sunny city-breaks to outdoor adventures, here are nine affordable destinations worth flying to this fall. There’s no other spot in Europe that has consistently seen so many unadvertised sales this year than Spain. And this season, it’s more of the same. Flashback to sunny summer days with fares to Madrid and Barcelona from many American airports hovering between $200-$300 roundtrip during shoulder season. That's on par with most cross-country flights! Low-cost carriers Norwegian and Level keep Iberia, Delta, United, and American in check, making these $225 roundtrips seem routine. Combine those cheap flights with the dollar at its strongest against the Euro, and you’ll be saving a ton in el otoño.

See all of our fares to Madrid (MAD), Barcelona (BCN), and Valencia (VLC) from all over the U.S. and Canada. 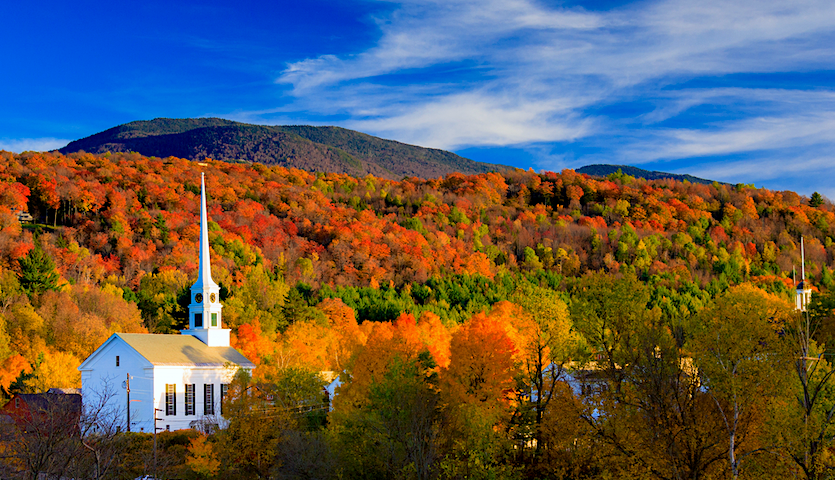 When piling up a list of fall travel favorites, it's pretty hard to leaf New England off the list. Flyers looking to rake up some savings need to look no further than JetBlue, Southwest, and Frontiers’ weekly sales to peep some phenomenal prices to Patriot Nation. Alongside a cornucopia of cheap airfare to hubs like Boston and neighboring capitals, Providence and Hartford, affordable activities make the region perfect for autumnal escapes. Apple picking, Halloween hype, and dozens of fall festivals are colorful ways to spend your time beyond ogling oaks.

See all of our fares to Boston (BOS), Hartford (BDL), Manchester (MHT), Providence (PVD), and Burlington (BTV) from all over the U.S. and Canada. As year-round draw there’s never really a wrong time to head to Hawaii, but with fantastic fall fares to 50th state flowing like waves into Waikikinow’s as good a time as any. It’s not only Oahu getting in on the action either. Mainland flights to Maui, Lihue, and the Big Island are just as cheap if not cheaper. Some of it could be chalked up to the Southwest effect., Other than insanely cheap $99 one-way intro fares, the low-cost carrier is keeping pace with Alaska and Hawaiian by offering weekly competitive itineraries to the islands. The Aloha Spirit isn't only limited to the West Coast either. Flights from hubs like Atlanta, Houston, Minneapolis, and Chicago regularly get roped into unadvertised deals dipping as low as $375 roundtrip. 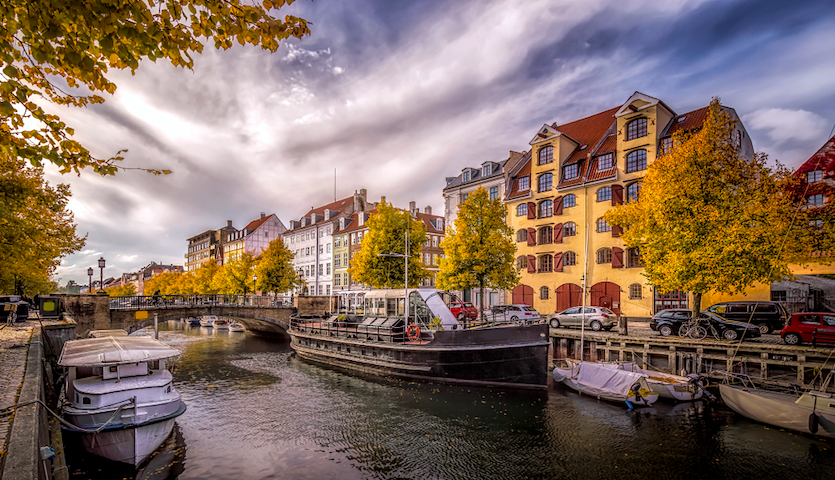 I know that Scandinavia isn't always synonymous with savings. In the land where a coffee seems to cost as much as a college textbook, some items are cheaper than in other places, namely airfare. Tickets to Nordic airports get reduced regularly with sales from low-cost carrier Norwegian and its competitors like SAS. Currently, SAS is running a promotion where children under 11 fly almost free alongside a parent this fall and winter. So, if you’re looking for some quality family time outdoors trying to catch a glimpse of the Northern Lights, waterfalls, or hiking along fjords, you’ll find that autumn adventures near the arctic are more affordable than you initially imagined.

See all of our fares to Reykjavik (KEF), Oslo (OSL), Copenhagen (CPH), Stockholm (ARN), and Helsinki (HEL) from all over the U.S. and Canada. 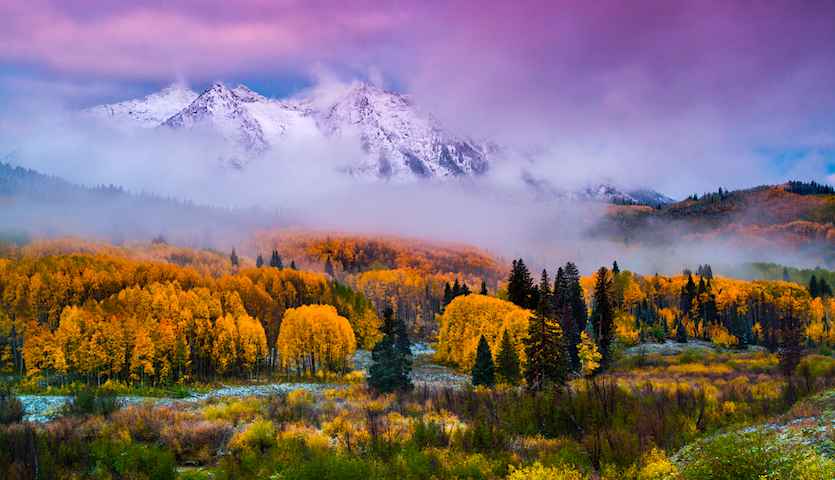 There’s just something about that crisp mountain air that will keep you coming back to Colorado. Or maybe it’s the fabulous fall fare deals. Being the hometown hub for ultra-low-cost carrier Frontier certainly plays a role, as Denver is often one of the top cheapest cities to fly to in the States. With five climate zones within a short range of downtown Denver, Colorado enjoys the most extended foliage period of any other American city. Mix in the Great American Beer Festival in October and slopes starting to open in November, and you'll see why it's the season that Centennial State shines.

See all of our fares to Denver (DEN), Aspen (ASE), and Colorado Springs (COS) from all over the U.S. and Canada. Summer near the Sahara gets a bit steamy, so it’s best to make your way to Morocco when the temps begin to – you guessed it – fall. And it looks like the unadvertised sale fares that keep cropping up to Casablanca and Marrakech aren’t a mirage as they continue to reappear on the regular. Flights to the North African nation can be purchased from major cities like Chicago, Los Angeles, Boston, and New York around $575 - $625 roundtrip in October through early December. Don’t forget to barter and make your Moroccan market experience more authentic. Start at half-off and see how much savings a bit of sweet-talking can get.

See all of our fares to Casablanca (CMN) and Marrakech (RAK) from all over the U.S. and Canada.

Related: Endless Summer: Soak up the Sun at These 10 Warm Weather Destinations With the mayhem of Mardi Gras, Jazzfest, and humid summer heat on hold, fall is a choice time to leave for Louisiana. The height of hurricane season should be shuttering by September, leaving October through early December as a welcoming window for tourists. College football season is in full swing in ‘Death Valley,' and the State Fair kicks off in Shreveport in late October. But if NOLA is calling your name, there's no shortage of other festivals to keep you busy in the Big Easy, especially around Halloween. Speaking of Spirits, the airline with the same name has a strong presence in New Orleans, along with Southwest, keeping airfares low during the city’s shoulder season.

See all of our fares to New Orleans (MSY), Baton Rouge (BTR), and Shreveport (SHV) from all over the U.S. and Canada. 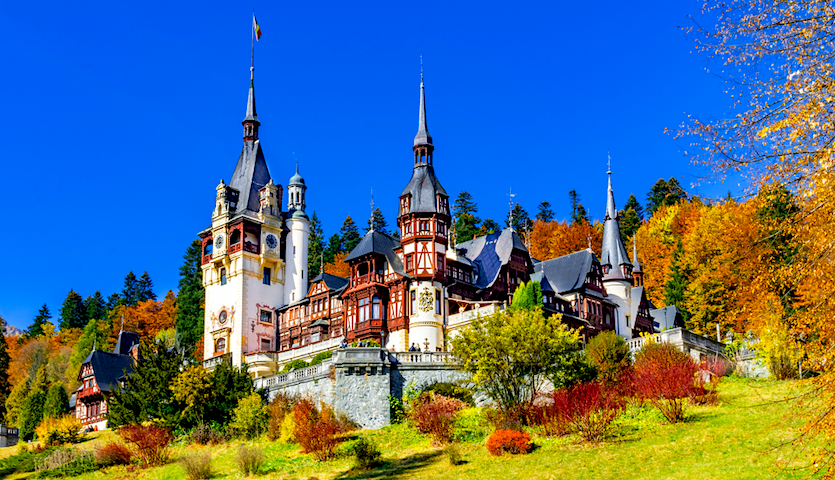 Trace the footsteps of Vlad Dracula in Transylvania or take a trip down the Danube on a riverboat in Budapest, because autumn is an amazing time to visit parts of Europe often overlooked by the average tourist. If affordability is what you’re after, many destinations in Eastern Europe pack all the punch in culture, food, and historical sights without a hefty price tag. To keep costs even lower, LOT Polish Airlines is running an autumn sale through September 25, offering fares throughout the area starting at around $500 roundtrip. That includes a checked bag, so stock up on tchotchkes in the region where the term originates.

See all of our fares to Prague (PRG), Budapest (BUD), Warsaw (WAW), Bucharest (OTP), and Kyiv (KBP) from all over the U.S. and Canada. Beach days don’t have to end with summer. Spend some time this season soaking up rays on the shores of the Cayman Islands. Situated in the Western Caribbean, the archipelago of three islands is sheltered from most of the heavy-hitting hurricanes. And by visiting in fall months like October and November, you can still enjoy overlapping low-season rates without having to worry about your vacation getting washed away. For affordable family fun, time your visit during Pirates Week in November. Or if you prefer tasting plates more than walking the plank, restaurant month specials span all of October. It's not only restaurants offering discounts either. Airfares are currently seeing significant price drops too, like this ongoing unadvertised sale to Grand Cayman. American, United, Southwest, and JetBlue have dropped ticket prices several hundred dollars on this one-time pricy route and departures from airports nationwide are enjoying the windfall.

Related: What Are My Rights if My Flight Is Cancelled?