We're seeing some excellent fare sales today—both advertised and unadvertised. Grab these deals quickly before they expire. Our top 10 airfare picks of the day include fares as low as $58 roundtrip. And that includes two free checked bags! 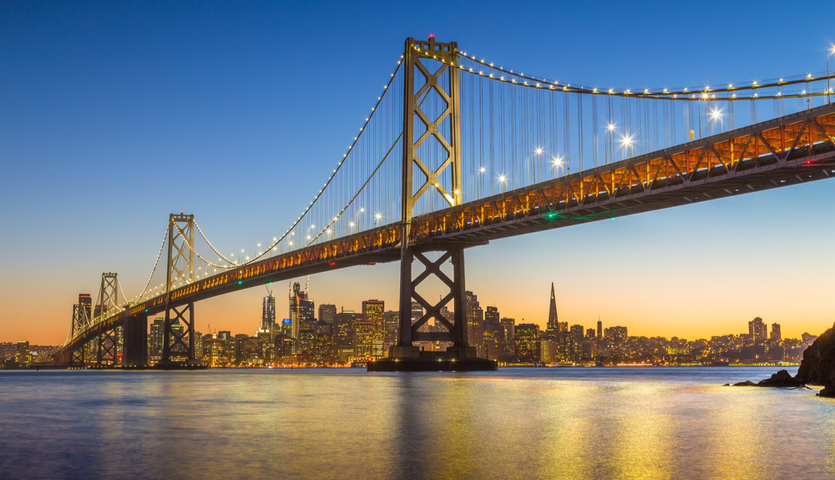 Southwest Airlines has some pretty gnarly fares to/from and within California. Rather than take the 710 to the 10 to the 5 and drive for 7 or more hours, why not take a one-hour nonstop flight up to NorCal directly from Long Beach to Oakland for $58 roundtrip. Travel on Tuesdays and Wednesdays, from late August through mid-December, excluding Thanksgiving week. Go for a day trip, an overnight trip, a full week, or combine these super-low $29 one-way fares with another low fare for a trip in between. JetBlue is matching this price, but you'll get two free checked bags flying Southwest. I found flights for this price departing Long Beach LGB on Wednesday, August 28, returning from Oakland OAK on Wednesday, September 4. 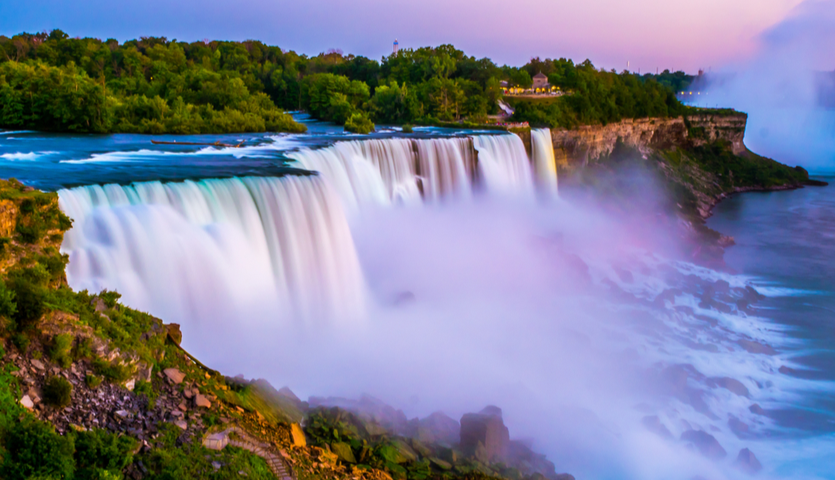 Take a short flight to check out one of the most amazing sites in the world. Niagara Falls is just a half-hour drive from Buffalo and you can visit any time throughout the year with this great nonstop fare from Boston to Buffalo for $97 roundtrip on JetBlue or Delta. This is advertised as part of JetBlue's 2-day sale for late summer/fall travel, but you'll find this price on Delta all the way through April. I found seats departing Boston BOS on Thursday, September 5, returning from Buffalo BUF on Monday, September 9. Many more long weekend trips are available as well.

See all of our fares to Buffalo (BUF) from all over the U.S. and Canada Closeout summer with a trip to the beach. Fly nonstop from Denver to San Diego for $118 roundtrip on Southwest. Travel on scattered dates from August through December. I found seats departing Denver DEN on Saturday, August 24, returning from San Diego SAN on Friday, August 30. Frontier and United have similar fares but don't be fooled into booking those flights since they are much more restrictive. Fly Southwest and get two free checked bags and no change fees.

Related: How to Fly Southwest (And Get the Seat You Want) 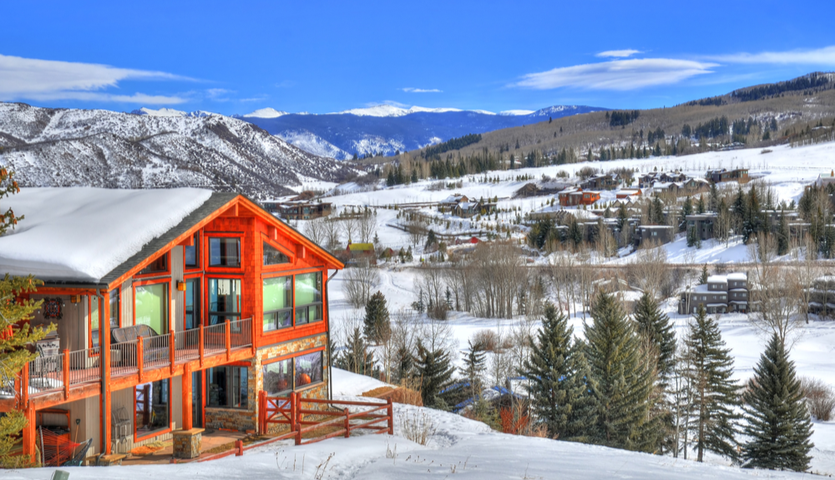 We're seeing some super price drops on United today. Fly from Dallas to Aspen for $128 roundtrip. This price is available for travel from August through mid-February, excluding peak holiday travel. Hit the slopes for a weekend in early winter, departing Dallas DFW on Friday, January 10, returning from Aspen ASE on Monday, January 13. This price only includes a small personal item so you'll likely have to check a bag for $30 each way if you're bringing any gear. Still a fantastic deal if you consider all airlines flying this route charge for checked bags and are others are currently charging close to $500 for flights!

See all of our fares to Aspen (ASE) from all over the U.S. and Canada Another excellent deal on United, fly cross-country from Seattle to Tampa for $174 roundtrip. Travel on scattered dates from late August through mid-February. I found flights departing Seattle SEA on Thursday, August 22, returning from Tampa TPA on Monday, August 26. Again, United's Basic Economy fare only includes a small personal item. If you can't travel that light, it's cheapest to just check a bag for $30 each way. You can also upgrade to a standard Economy fare for an extra $35 each way, which includes a carry-on bag, but a checked bag will still cost the same. 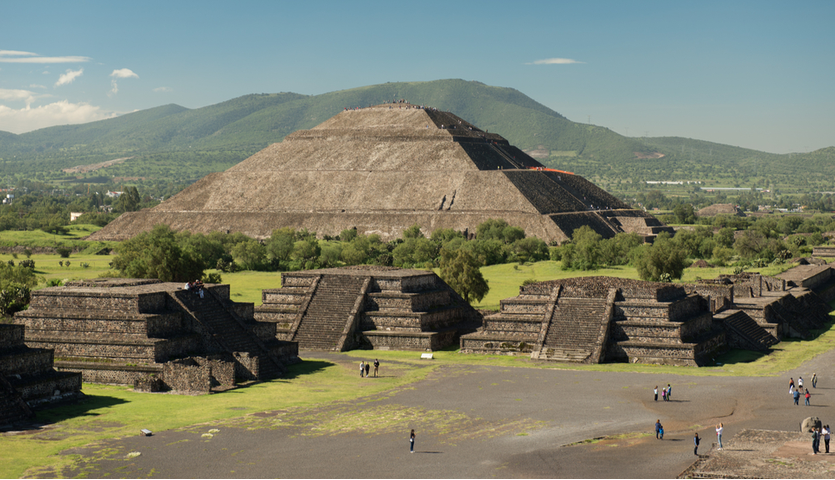 Fly nonstop from New York to Mexico City for $260 roundtrip on Interjet. This price is fairly easy to find for travel from late February through May, but travel between the last week of March and last week of April will yield higher fares. I found this price departing New York JFK on Friday, March 13, returning from Mexico City MEX on Saturday, March 21. Perfect for a spring break trip to Mexico! Norwegian Airlines is celebrating friendship with its latest promo code sale. After searching dates on Norwegian.com, enter campaign code FRIENDSOFNWGN at the bottom of the page and flights will be slightly discounted. Using the promo code, I found nonstop flights from Orlando to Paris for $391 roundtrip on a few select Saturdays in January/early February. For example, departing Orlando MCO on Saturday, January 25, returning from Paris CDG on Saturday, February 7. This price only includes carry-on bags. A checked bag costs $50 each way.

Related: 13 Routes You Can Save Big by Flying Budget Airlines (And 7 You Won't) See all of our fares to Rio de Janeiro (GIG) from all over the U.S. and Canada 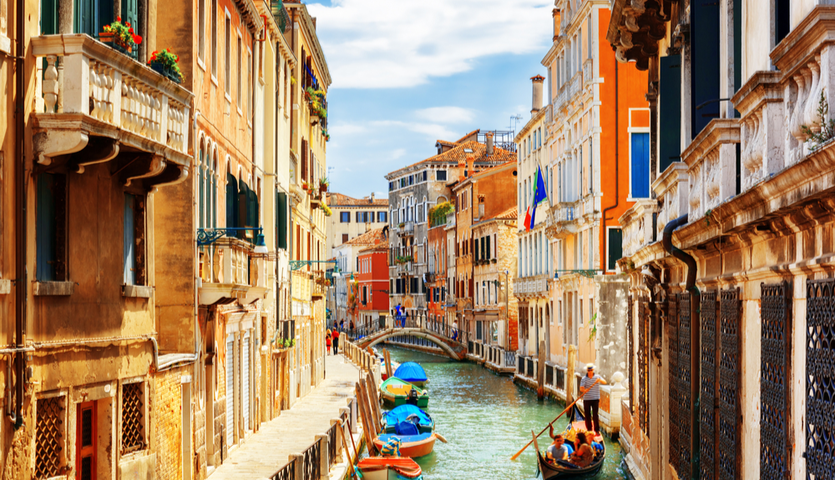 Atlanta has been seeing some rare deals to Europe in the past few weeks. Fly from Atlanta to Venice for $486 roundtrip on either American/British Airways or a combo of Air Canada/Lufthansa/United. Travel from late October through early April. I found flights for this price departing Atlanta ATL on Tuesday, November 26, returning from Venice VCE on Tuesday, December 3. Since it's Basic Economy, only carry-on bags are included. A checked bag will cost $60 each way at the airport.

See all of our fares to Venice (VCE) from all over the U.S. and Canada 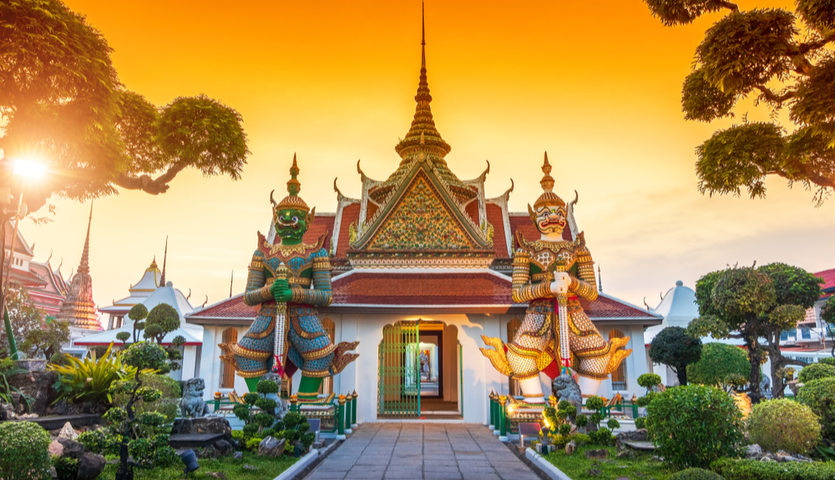 Temples, beaches, and curry await your presence in Thailand. Fly from Chicago to Bangkok for $586 roundtrip on ANA, United, or Eva Air. Travel on Mondays, Tuesdays, Wednesdays, and Thursdays, departing Chicago from late August through March. And if you'd like to, you can return from Thailand on travel dates beyond March. I found seats departing Chicago ORD on Wednesday, November 20, returning from Bangkok BKK on Tuesday, December 3.