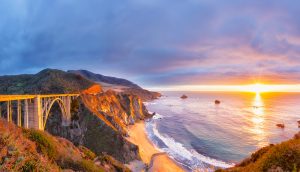 Have you been California Dreamin' lately? Consider your West Coast wishes granted. Southwest has dropped most of its inter-California flights to $29 and $39 each way ($58-$78 roundtrip) for travel in late summer and fall. Nonstop flights between California and other neighboring states are available for $78 - $138 roundtrip.

Travel on Tuesdays and Wednesdays through December 18, with a 21-day advance purchase required. Take a one-night change of scenery or spend an entire week in another locale. If you just want to get away for a few days, combine these low $29 one-way fares with another low fare on other days of the week.

This sale is unadvertised and could jump at any moment. However, there is an ongoing Southwest sale in which tickets must be purchased by Thursday, August 1, 2019, at 11:59 pm PDT. Occasionally these cheaper unadvertised rates follow the same booking date.