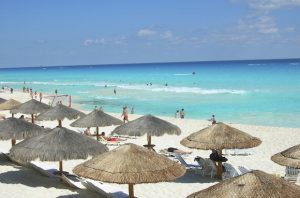 The latest featured fares from Sun Country Airlines include great deals to and from Minneapolis (MSP), Dallas (DFW), Nashville (BNA), Portland (PDX), and Las Vegas (LAS). Advertised fares are as low as $77 roundtrip, though we're seeing some routes listed with lower unadvertised fares from $67 roundtrip.

Update 4/8/2019: This sale has been extended one more week and is now valid through April 15, 2019. Plus, a few more routes have been added, including six brand new nonstop routes.

Some of these international routes are hundreds of dollars less than the competition with peak summer travel included!

Travel dates and travel periods vary depending on each individual route. Many routes are seasonal and/or flown on only a few days each week so be sure to click on the fare details below for specifics. Availability ranges from April through early September.

Tickets must be booked by 11:59 pm CT, April 15, 2019, for official sale fares. Some fares listed are slightly lower unadvertised fares, which may jump at any moment.