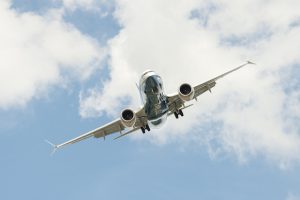 Only US Carriers Left Flying the Boeing 737-MAX, As Canada Bans Plane from Airspace

As most major countries have grounded or put air restrictions on the troubled Boeing 737-MAX 8 and 9 aircraft, up until yesterday, the US and Canada were still allowing the model to take flight. Today, we're down to just one, as Canada has halted the aircraft from “arriving, departing, or overflying Canadian airspace," according to Canadian Transport Minister Marc Garneau. The order to stop operations in Canada means that Air Canada, WestJet, and Sunwing Airlines will halt all flights scheduled on their 737 MAX aircrafts effective immediately.

This move leaves the United States as the only major operator that still claims that the model is airworthy. At the moment, American, Southwest, and United are continually operating flights on Boeing 737 MAX 8 & 9 models as the FAA has yet to put forth the cease operations order. With Canadian, European, and several Caribbean Islands issuing their airspace a no-go zone, the 737 MAX’s operational network will now be mostly limited to American airspace.

With the US as the sole country still allowing 737 MAX service, here is a list of how many models are operated and by which airlines in the States.

As you can see from above, Southwest operates the lion's share of MAX flights in the US followed by American, with United choosing the MAX 9 model for its fleet. While there's yet to be a MAX 9 incident, the plane houses the same equipment and systems that may be at fault for the fatal accidents.

If you find yourself with upcoming travel with a U.S. carrier operating the MAX, it’s best to reach out to your carrier to see what arrangements can be made if you wish to change to another model of aircraft.