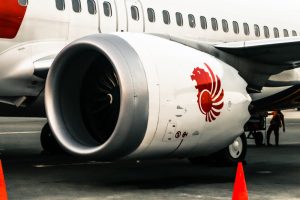 Last weekend’s Ethiopian Airlines crash, the second such incident in the span of under five months, has left many travelers questioning the safety of Boeing’s 737 Max 8 aircraft.

Following the crash, Ethiopian grounded its remaining Max 8 aircraft, followed by China and Indonesia. And as of today, Singapore, Australia, and the E.U. have all made the move to ground the aircraft.

Meanwhile, response in the U.S. has been much more restrained.

In a statement, the FAA has called on Boeing to implement design changes by next month as a response to October’s Lion Air crash, but warns against drawing any conclusions between the Ethiopian and Lion Air Max 8 incidents until investigations are completed.

That’s not enough for some, including Senators Mitt Romney and Dianne Feinstein, who are urging the FAA to join other nations in grounding the Max 8 entirely.

Southwest Airlines operates 34 737 Max 8s, the most of any US carrier, followed by American Airlines with 24 in its fleet.

As of today, Southwest is allowing passengers booked on Max 8 aircraft to rebook on a different aircraft at no extra cost. No word yet on if American Airlines will follow, but this story is developing. Stay tuned!

The airline, and even an OTA, will always list the aircraft type somewhere in the booking details, right along with the date and flight duration and other key info. Most people probably completely glaze over anything beyond the date and time, but to a great many people—mostly aviation enthusiasts—the aircraft is sometimes the most crucial detail.

Airlines do sometimes swap out equipment at the very last minute, substituting one aircraft for another for various reasons. If that happens to you and suddenly you've been switched to a 737-Max, there may be language in your airline's contract of carriage that would allow you to request a different flight, just as you would be allowed to if the airline suddenly changed the flight times.

Which International Airlines Fly the 737 Max 8?

According to the FAA, there are currently 59 airlines operating Max 8s, among them:

Intro image by Alexiushan via Shutterstock