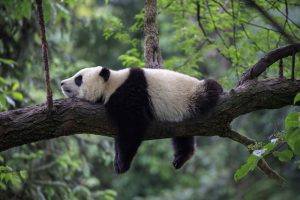 All of China on Sale: Roundtrip Flights from $349-$377 on China Southern

Earlier today we posted the phenomenal fares to Southeast Asian countries on China Southern Airlines, but we also wanted to let you know that the carrier is also having some amazing deals on flights across its home country too.

While we usually see cities like Beijing (PEK) and Shanghai (PVG) show up in regular sale deals, many other destinations in China don't get discounted as often. That's what makes China Southern's latest unadvertised round of sale fares so fantastic. There are rock-bottom prices to destinations in every corner of China starting as low as $349 roundtrip!

The same sale parameters from the SE Asia fares are in place. Departures are available in September with returns available in October at these price points, scattered availability might be found in April or May on specific routes.

Some routes may require an overnight layover in a connecting city in China, which would most likely be the central hub in Guangzhou (CAN). If this is the case, think of it as a 2-for-1 opportunity, because China Southern offers free accommodation for layovers ranging from 8 to 48 hours. 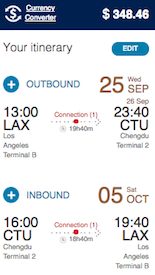