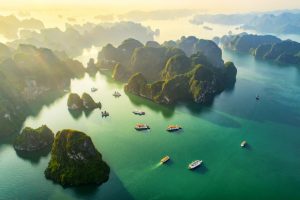 China Southern Airlines is having an incredible unadvertised sale today to pretty much all of its destinations in Southeast Asia and beyond. Departures from Los Angeles (LAX), New York (JFK), and San Francisco (SFO) to Asia open up in September with return flights available in October, most in the sub-$500 roundtrip range with the cheapest itinerary only $400 roundtrip!

If autumn travel is a little too far in advance for you, check for flights on these routes departing in April with returns into May as we're seeing scattered availability in those months as well. But you'll have the best luck finding inventory in the listed fall travel window.

Since this sale is unadvertised, it could disappear at any moment, but I'd be willing to bet these fares should last through the weekend for you to start planning your amazing trip to Asia. We don't often see fares drop this low to many of these exotic locations on the regular so take advantage of these deals while they last!