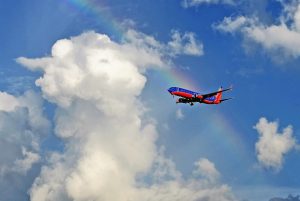 Southwest to Set Flight to Hawaii after FAA Approval, Tickets on Sale Shortly

The long wait is over. Southwest Airlines will finally say aloha to service to Hawaii, and with the airline’s generous free baggage policy you can pack all those brightly colored Hawaiian shirts along for the ride.

Yesterday, the Federal Aviation Administration approved ETOPS clearance on Southwest’s fleet of Boeing 737-800 aircraft giving the airline the official certification it needs to connect many of its Californian destinations to the Hawaiian archipelago.

The U.S. government shutdown, airplane safety testing, and other operational issues have delayed the carrier’s entry into the Aloha State, which was first announced in 2017. Plans were halted again in 2018, as the airline re-confirmed its desire to enter the highly sought after leisure market with providing more details on airports it intended to serve. With this week's thumbs up from the FAA, Southwest will now finally be able to offer booking sales to customers.

Tickets are set to go on sale in the coming days and Southwest has stated its initial intentions to provide a route network between Oakland (OAK), San Diego (SAN), San Jose (SJC), and Sacramento (SMF) and Honolulu (HNL), Maui (OGG), Kauai (LIH), and Kona (KOA). Southwest also intends to bring its low-cost model to interisland flights as well, but exact routes and travel days have yet to be announced on any of the mentioned routes. Reports are that the Texas-based airline will use defunct Island Air’s section of Honolulu’s Daniel K. Inouye International Airport (HNL) to serve as its operational base and a focus city within the islands. Check-in, signage, and ticket kiosks have already been pictured at some Hawaiian airports already.