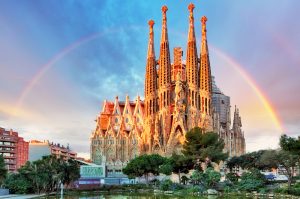 There is a new low-cost route across the Atlantic. Level has announced new nonstop service from New York to Barcelona starting next summer. Early birds can buy flights for next fall starting from $240 roundtrip.

Level to Fly Nonstop from New York to Barcelona in 2019

Although flights start in late July, the lowest available $240 roundtrip fare is currently only available from September 16 through October 26, 2019. If you want to fly during the summer months, fares are around $420 roundtrip, which is an excellent deal for summer travel.

With Primera Air ceasing operations earlier this year and the recent news of Icelandair's plans to buy WOW Air, there should be room for other low-cost carriers to add more transatlantic routes for the 2019 summer season. I wouldn't expect as many as we saw in 2018, but I'm guessing Level may roll out a few more routes like this in the future.

Level is a low-cost subsidiary of International Airlines Group (IAG), which also owns Aer Lingus, British Airways and Iberia. The flights are often sold as Iberia flights so be sure to read any fine print when booking an Iberia flight to see which airline is operating the flight.

Fares on Level only include a standard carry-on bag plus a personal item. A checked bag costs $44 each way when purchased during online booking. There are also fees for everything else from choosing a specific seat to food, drinks, and snacks onboard.

This is becoming normal across all airlines these days. We saw Delta drop fares to Barcelona yesterday, which was likely in response to this new service, and we're likely to see ongoing competitive pricing on this route. Delta's main advantage is that it includes meal service onboard, but does have higher bag fees on its Basic Economy fare. Header image by TTStudio via Shutterstock