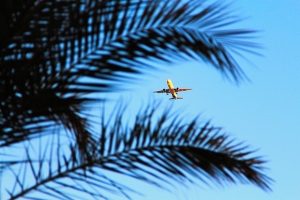 For most places in the country, we're in that peak autumn stride, where the leaves are falling and hopefully, airfare prices will as well. Flight prices change daily, which is why we’re always on the hunt to help you grab the best-priced deals out there. Following is a list of the top 10 fares that we deal hounds have dug out of that leaf pile today.

These top fares are all at prices lower than what we regularly see for that specific airport pairing and destination. Some are part of ongoing sales, and some are unadvertised price drops that may only last for a limited time. If you’re interested in any of these handpicked deals, we recommend you book quickly to avoid missing out on a bargain buy. 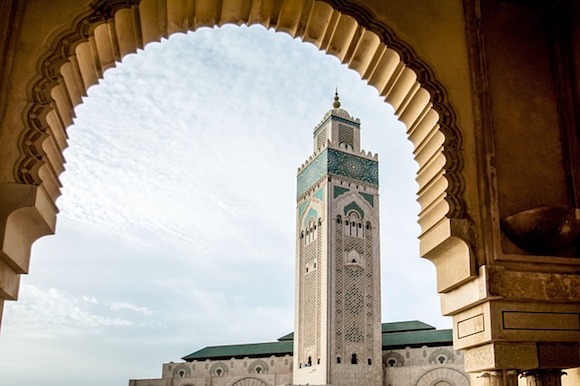 Here’s a fantastic deal on a route that seldom goes on sale. Fly from New York-JFK to Casablanca, Morocco for $555 roundtrip on Iberia Airlines. Tickets at this price are available daily, with a wide-open travel window starting in late October through the middle of March, returns in April permitted. For example, I was able to find seats departing JFK on Saturday, February 2 and returning from CMN on Sunday, February 10, 2019. So get to booking! Here’s looking at you, kid. Here’s a three-cherry-picked deal from Southwest’s latest nationwide sale that we posted yesterday. Fly nonstop from Salt Lake City to Sin City for $98 roundtrip this fall or winter. Try your luck with this fare Monday through Thursday and Saturdays starting in late October through March 6, 2019. Peak holiday travel is blacked out but other than that you shouldn’t have much trouble coming up aces with this discount deal. This fare that we mentioned yesterday on the blog has dropped even further in price! So if you booked on a site with the 24-hour free cancelation, you might want to cancel and rebook at this better price point. Fly from Atlanta to Tokyo-Haneda (which is the airport closest to the city center) for $492 roundtrip on Air Canada. Flights are available for fall travel departing in late October through early December, with departures on Sunday through Thursday. Air Canada's website will bump up the final price, so its best to use a site like CheapOair or Priceline to ticket this itinerary. Searching on Priceline, I found seats departing ATL on Monday, November 12 and returning from HND on Tuesday, November 20, 2018. A Saturday night stay is required.

See all of our fares to Tokyo (HND) from all over the U.S. and Canada.

Escape winter in St. Louis with this nonstop $177 roundtrip fare to San Diego on Alaska Airlines. Flights at this price are available starting on Wednesdays and Saturdays from January 9 through February 13, 2019. Though the travel window is short, it’s a fantastic price for this route. On Alaska’s website, I found tickets departing STL on Wednesday, January 16 and returning from SAN on Saturday, January 19, 2019. While this is not officially part of Alaska Airlines ongoing sale, there are other great deals for you to check out here. Need a last minute getaway? This might be the fare for you! Fly nonstop on American Airlines from Chicago-O’Hare to Boston for $77 roundtrip this fall. Quite possibly the best time of year to visit the Bay State, fly on Tuesdays, Wednesdays, and Saturdays, starting next week through November 7, 2018. Searching on AA.com, I was able to see tickets available for ORD departures on Saturday, October 20 and returning from BOS on Wednesday, October 24, 2018. As with all domestic fares posted, this fare works in reverse as well.

Time for some limin ‘mon. Fly nonstop from Orlando to Montego Bay, Jamaica for $277 roundtrip on JetBlue this fall and winter. Flights are available on scattered dates starting in late October through mid-November; however, you will find the most availability at this price available in 2019. January and February dates are easiest to find, and as an example, I found seats departing MCO on Monday, February 11 and returning from MBJ on Tuesday, November 19, 2019. Other dates are available for $10 more.

See all of our fares to Montego Bay (MBJ) from all over the U.S. and Canada. The deals to Hawaii keep rolling in like waves in the Pacific. This time around we’re seeing lots of great deals from Minneapolis to the archipelago. Here’s one of those fares, fly from Minneapolis to Lihue, Kauai for $362 roundtrip on United Airlines. Seats are available daily starting in late October through summer 2019. Although, there are scattered dates beyond April booking dates, and some require two connections, your best bet is in the January through March period. On United's site, I found seats departing MSP on Monday, March 4 and returning from LIH on Monday, March 11, 2019. Flights in this price range are also available to other Hawaiian destinations like Honolulu (HNL), Maui (OGG), and Kona (KOA). On to the bad news, this flight books into basic economy, so either pack very lightly, or pay the $30 one-way baggage fee for checked luggage, because upgrading to standard economy will cost you about double the price.

See all of our fares to Lihue (LIH) from all over the U.S. and Canada. Planning your honeymoon or just need an escape to paradise? Take advantage of Fiji Airways ongoing sale to Nadi, Fiji. Fly nonstop from San Francisco to Nadi for $896 roundtrip on namesake airline Fiji Airways. Flights are available on Tuesday, Thursday, and Saturdays only from late October through mid-June with returns available in July, a wide-open travel window for an exotic trip of a lifetime. For some sample dates, I found seats departing SFO on Saturday, February 9 and returning from NAN on Saturday, February 16, 2019. If you can't see the fare on Fiji's website, it's easily found on other third-party sites.

See all of our fares to Nadi, Fiji (NAN) from all over the U.S. and Canada. Fly from Boston to Bermuda for $317 roundtrip on these nonstop offerings by JetBlue and Delta through April. Flights at this price are available daily and have no minimum stay requirement. The travel window on this route opens up in early November with departures valid through early April, returns in late April available. Peak holiday travel is possible on most dates, so if you are looking for a winter getaway for Christmas or New Years, this might be the deal for you. As an example, I found seats departing BOS on Thursday, December 19 and returning from BDA on Wednesday, December 26, 2019, at this price.

See all of our fares to Bermuda (BDA) from all over the U.S. and Canada.

It looks like American Airlines is matching Allegiant Airline's prices on this route to Tinseltown. Fly from Oklahoma City to Los Angeles for $123 roundtrip on American this fall or winter. Flights are available on Tuesday, Wednesday, and Saturdays starting from November 3 through February 13, 2019. This fare is pretty easy to find, and as an example, I found tickets at this price point departing OKC on Tuesday, November 6, and returning from LAX on Saturday, November 10, 2018.