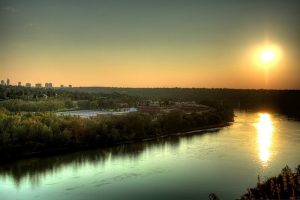 Starting this winter, there will be more cheap flights between Canada and the US. Ultra-low-cost carrier Flair Air has announced 11 new nonstop routes between the two neighboring countries. Flights from Canada to the USA start at just $296 CAD roundtrip.

Recently, the other ultra-low-cost carrier in Canada, Swoop, announced new flights to the US. Flair Air has responded by adding flights of its own from its main hubs in Edmonton (YEG) and Winnipeg (YWG), along with one route from Toronto (YYZ).

Intro fares might not be what you'd expect from an ultra-low-cost carrier, but with little competition, these prices are decent for nonstop flights. At this time, it appears only flights originating in Canada to the US are bookable on Flair Air's website. We will keep you posted when we are able to book flights originating in the US to Canada.

Lowest fares for most routes are only available in March and April 2019. A few routes from Edmonton may have the lower fares available in the fall and winter as well. Click on the fare details for more info.

Prices are listed in USD on Airfarewatchdog pages. Prices are subject to change at any time.

Flair Air is an ultra-low-cost carrier similar to Spirit and Frontier. Fares only include one personal item up to 7kg that must fit under the seat in front of you. Checked bag fees start at $27-$29 CAD when booked online. Larger carry-on bag fees start at $32-$35 CAD. There is also an extra fee if you would like to choose a specific seat and pretty much anything else including snacks and beverages onboard.

You may also purchase bundled fares, which include a few extras for a discount over purchasing each extra separately. To find out more about Flair Air, go here.