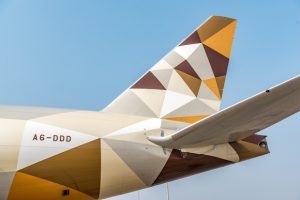 Will Airline CEOs Convince Trump to Close the Open Skies?

When airline CEOs visited the Oval Office last week they were bringing a message that theoretically would be music to the new President's ear: we want to protect American jobs and competitiveness by unwinding an unfair treaty. The treaty in question, Open Skies, loosened the restrictions on which airlines can fly to and from the United States and what routes they can fly.

The attending CEOs (including United's Munoz and Delta's Bastian, but not American's Parker who had other plans) have long accused upstart Persian Gulf airlines (Emirates, Etihad and Qatar) and to an extent, Turkish Airlines, of dumping airline seats on the U.S. market in the same way U.S. Steel and Nucor have cried foul about the Chinese flooding the U.S. with cheap stainless and rebar.

But it's not just the invaders from the Middle East: New and rapidly expanding ultra low cost airlines, such as Norwegian and WOW Air, also rankle some airline executives.

The legacy airlines claim that the Gulf carriers especially, some of them at least partly owned by their respective countries and, the CEOs say, heavily subsidized to the tune of $50 billion, couldn't possibly be profitable without their unfair advantages, and are thus making it impossible for them to compete profitably on a growing number of international routes (Emirates' decision to launch a Newark to Athens nonstop the same week as the CEOs' mission to Washington was unfortunately timed).

Not everyone is on board

And while it's not just the Big Three who are squealing (British Airways, Lufthansa, Air France, and other foreign flag carriers aren't too pleased with the Gulf and Norwegian invasion either), not all U.S. airlines share their pain. Airlines that don't have a large international route system, such as jetBlue and Alaska, say they benefit as feeder airlines, carrying passengers to and from the Gulf carriers' U.S. gateways. Jetblue has code share agreements with Emirates, and Qatar is a member of the OneWorld alliance, as is American, which possibly gave Mr. Parker an additional reason to stay in Dallas.

The Gulf airlines counter that U. S. carriers also enjoy unfair advantages, with government bail outs arranged after 9/11, the debt forgiveness they've all enjoyed thanks to U.S. bankruptcy law, public financing of airports and other infrastructure, local incentives and subsidies to start or maintain service, and other benefits. Plus, they insist, they create hundreds of thousands of American jobs, both by hiring U.S. workers and buying U.S.-made aircraft and jet engines.

Lower airfares for all, for now

The only ones who are smiling, it seems, are airline passengers, who are enjoying some of the lowest international airfares, even before adjusting for inflation, in decades or perhaps ever. That the Gulf carriers price their fares aggressively cannot be denied, and they've forced U.S. and European legacy competitors to respond in order to retain market share. Day after day in my perusal of our airfare alert site, Airfarewatchdog.com, I see absurdly low deals: an eye-popping $398 round-trip from LA to Tokyo on Singapore Airlines, a $500 round-trip from Philly to London on British Airways for peak July travel, a fare that a few years ago might have been $1500 or $1800 or more.

And yet, those low fares may not last forever if aggressive Gulf carrier pricing forces airlines to abandon routes, as Delta claims it did when it could no longer afford to fly nonstop Atlanta to Dubai profitably, leaving the market entirely to Emirates, which is free now to raise fares on the service.

The U.S. carriers face some insurmountable challenges. Workforce costs, including benefits, and the less-restrictive labor laws they are governed by, allow the Gulf airlines to operate on a different playing field from their European and American competitors. Thanks in part to a younger workforce and the lack of unions, and less restrictive discrimination regulations, some non-U.S. airlines can hire younger flight attendants at lower pay scales and terminate them when they reach a certain age (or if they become pregnant), while U.S. labor law prohibits such discrimination, so as older workers climb the pay scale year after year the Big Three's profit margins are squeezed; and of course, older workers also saddle their employers with increased health insurance costs. (Now you know why there are no 60-year-old flight attendants on Emirates, Qatar and Etihad.)

No doubt, those youthful cabin crews and low fares put bums in seats, but youth sells only so much. The Gulf carriers argue, somewhat convincingly, that they are gaining market share because their product is so much better ("thanks to all those subsidies!" I can hear United's Oscar Munoz saying). True, they fly shiny new planes with young and pretty cabin crew, but so do American, Delta and United now. On any given day, you can have a pleasant experience on a new American 777-300ER to London or an unpleasant one on an Emirates or Etihad flight when something goes amiss. After years of neglect, the Big U.S. Three and the Big European Three are paying attention to quality and service, installing fully lie-flat beds and consulting with celebrity chefs on their menus. In the 50 states, on-time performance is at a record high and lost bags and bumped passengers at record lows. Competition can be painful but in the end it benefits not just consumers but the airlines themselves, one could argue.

But will Delta and United (and presumably American, but not Southwest since it doesn't have a horse in this race) convince the new administration to restrict expansion of these foreign rivals? Despite Trump's professed antipathy to any treaty that gives a foreign entity an "unfair" advantage, it's unlikely. He also seems to be anti-regulation. Like any protectionist measure, limiting Open Skies could backfire on the U.S. economy. Airfares might rise, costing consumers millions; the foreign airlines could retaliate by buying Airbus rather than Boeing, or Rolls Royce rather than Pratt and Whitney, costing U.S. jobs, and fewer foreign visitors coming to the U.S. on cheap fares would further harm a U.S. tourism economy already suffering from a strong dollar and geopolitical events.

This too may pass

Moreover, perhaps there's less to fear from these subsidized airlines, if that's what they prove to be, than is imagined. If indeed the Gulf airlines are propped up by their governments, and if overcapacity has forced them to dump seats to fill their Airbus behemoths, then their deep pocketed patrons may not cover their losses forever, especially with oil revenues not what they once were. In addition, new longer-range aircraft like the Airbus A350LR, are allowing more airlines to fly point-to-point routes nonstop, lessening one of the unarguable advantages of the Middle Eastern carriers: namely, geography.

Singapore Airlines, for example, will restart nonstop service from New York and Los Angeles to Singapore next year with new longer-range, fuel-saving planes, giving its hub more one-stop connections on more routes and making it a viable competitor to the Gulf airlines on various routings.

But unlike Singapore's Changi Airport, the Gulf airlines' entrepots are indeed in the "middle": they sprang up because some clever bloke figured out that, given the limits of existing aircraft range, he could span any two points on Earth with just one connection if that connection happened in Dubai, Abu Dhabi, or Doha. But fliers actually prefer nonstops to connections, no matter how wonderful the airline connecting them, and the new longer-range planes that can bypass hubs may make the Persian Gulf hubs less essential.

And really, does the world need all three Gulf carriers? They all have a good product (essentially indistinguishable from each other if you ask me), but three? As they add planes (Emirates flies or has on order 142 Airbus A380s along with dozens of other models; smaller Qatar and Etihad are also adding capacity), we may see a glut of seats reminiscent of the U.S. airline industry after deregulation, legislation that led to rapid expansion and an almost as rapid race to the bottom.

Like any growth spurt in a market crowded with competitors, and that is dealing with disruptive technology (in this case longer-range and more fuel-efficient aircraft that can fly profitably nonstop rather than hub-and-spoke), and facing relatively low barriers to entry, the one spawned by Open Skies could lead to the same unintended consequences that deregulation wrought: billions in losses, bankruptcies, and consolidation that left American consumers with just four airlines controlling 80 percent of traffic.