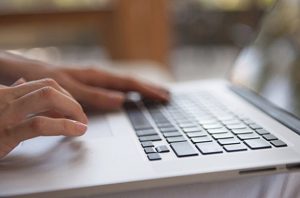 Yelp May Be No Help to Travelers

Four small businesses are claiming in court that Yelp tried to extort ad payments in exchange for better reviews. Yelp said it doesn't do that; other anecdotal reports say it does. But the 9th Circuit Court dismissed the case. It found that even if Yelp did manipulate the reviews, such manipulation did not rise to the level of "extortion." Instead, noted the opinion, it was, at most, "hard bargaining."

That court decision leaves the whole question of manipulated Yelp reviews in limbo. An appeal to the current suit is possible, and Yelp faces a handful of similar suits in different courts. For now, however, the ruling stands. If Yelp does, in fact, manipulate reviews based on payment or nonpayment of ads, it is currently free to continue doing it.

The mainstream U.S. media generally enjoy a long tradition of "church and state" separation between editorial and advertising, including electronic media. And for the most part the travel media have honored that tradition. Conde Nast routinely identifies entries sponsored by destinations. At SmarterTravel, we always disclose sponsorships of any sort. When a bad review is challenged, instead of deleting it, TripAdvisor keeps the review but posts replies from the business. At this point, it's not clear whether or not, or to what extent, Yelp violated the church and state tradition. We'll have to wait months or even years for more definitive information.

For consumers, the question now is how far to trust Yelp. Has it morphed from a trusted source of reviews into a just a directory? When, for example, you look for a Greek restaurant in Peoria, Yelp returns 10 results. Presumably, those names, addresses, and phone numbers are accurate.

Meanwhile, the lesson is clear: By all means use Yelp as reference if you're so inclined, but keep this caption in mind: "Caution: Possible Manipulated Data."

8 Cheap Ways to Kill Time During a Layover

This article was originally published by SmarterTravel under the title Yelp May Be No Help to Travelers.