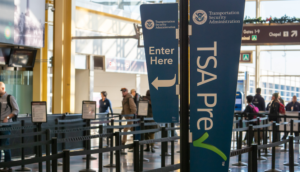 Looking to reduce stress at the airport? How about skipping the snaking lines at security without worrying about taking off your shoes and shuffling across the dirty airport floor? If that sounds like a better way to start out your airport experience, then enlisting one of these trusted traveler programs might be a smart move.

Both Homeland Security-approved programs, Global Entry and TSA PreCheck have been around for nearly a decade, so, if you’ve been to an airport since then, you’re probably familiar with the separate security lines and signage denoting these fast pass lanes. So which program is better, and what’s the difference between the two? Here’s a breakdown of what you get with each membership and tips on choosing which is right for you – even for those who only fly a few times a year.

Enrolled TSA PreCheck members gain access to expedited security lines at over 200 participating U.S. airports when ticketed on 70+ different airlines. So, what’s so special about those lanes? Not only are they much shorter than the standard security lines (generally a 5-minute wait or less), PreCheck passengers can keep their shoes, light jackets, and belts on, and aren’t required to remove laptops and approved liquids from their carry-on bags. What’s the price for the privilege to zoom through security without having to disrobe? $85 for a 5-year membership, or essentially 17 dollars a year. So, if you value your time and have been stuck in hour-plus TSA waits only to barely make it to the gate before the door shuts, PreCheck is a worthy prospect just for some peace of mind. If the cost is what's holding you back, several travel credit cards cover the application cost as part of their perks, which we’ve highlighted here.

Related: The Surprising Place You Can Now Get TSA PreCheck

Overseen by the U.S. Customs and Border Protection (CBP) agency, Global Entry allows pre-vetted members expedited entry into the United States when arriving from an international trip. Members can circumvent lengthy line-ups at the border by accessing dedicated Global Entry kiosks upon arrival. Passengers have their passports and fingerprints scanned, and answer a couple of quick questions on the touchscreen to zoom through. With no need to talk to a border agent, wait times are generally non-existent, giving GE members a fast track through customs at over 50 U.S. airports and 15 preclearance locations.

Once enlisted, Global Entry users get assigned a KTN (Known Traveler Number), granting them all the benefits of TSA PreCheck as well. Which means, all the listed perks above, permitting seamless trips through security and back into the States when arriving from a trip abroad. Easy in, easy out. So how much extra does Global Entry cost versus the standard PreCheck sign up? A mere $15 more, for the same five-year stretch totaling a flat $100 for the application. Which can be reimbursed by many of the same travel cards that cover TSA PreCheck fees, making it an even better investment.

While TSA PreCheck and Global Entry are government-backed programs, there are a few other options available for travelers looking to bypass lines at the airport without sending more money the way of Washington DC. CLEAR is a private firm that offers a similar product to TSA PreCheck, allowing for members to access priority lanes in over 25 U.S. airports after verifying biometric data (scanning fingerprints or eyes). If scanning your irises seems a bit unsettling, so might the price. At $179 annually, the program is 10x the cost of PreCheck if you factor it over five years, and is only available at a fraction of the airports. Although CLEAR boasts speedier times through security, the price tag doesn’t quite add up and won’t help you out when arriving at border control.

But one alternative that can help you after touching down from a flight abroad is the CBP authorized Mobile Passport App. This free app guides passengers through submitting passport data on arrival in the U.S. and transmits it to CBP for approval. After a few seconds, users will receive a barcoded receipt and can follow the signs designated for the Mobile Passport lane (it will be the one without any waiting) for expedited entry into America. The basic version of the app remains free, but you'll need to enter your data for each trip manually. Otherwise, you can opt for the premium version, Mobile Passport Plus, for $14.99 a year, which safely stores your data for future flights.

For only $15 more, the expanded benefits of Global Entry make it the MVP (Most Valuable Program) out of all available options. Not only do GE participants gain all the perks of PreCheck, passengers who travel outside of the United States only a handful of times during their five-year membership will benefit by sidestepping backed up lines at the border. Especially at major transit hubs like JFK and LAX, which during peak times can take up to two hours to clear. If international travel isn’t something that interests you, then PreCheck would be your best bet. Plus, If you have a credit card that covers the sign-up costs, it’s really a no-brainer.

Why the Aircraft You're Flying on Matters

Secrets From a Flight Attendant: Five Hacks to Make Your Next Flight Better

7 Ways to Get Banned by an Airline 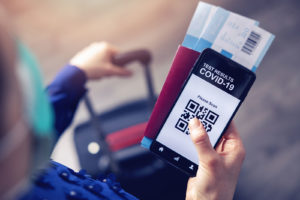 How to Get a COVID-19 Test Abroad