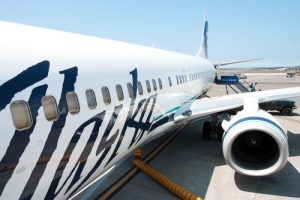 Booking Snafu: Best to Confirm Ahead by Phone

Q. I used my Alaska Airlines miles to obtain a flight on American Airlines from Seattle to Miami for a quick weekend trip. I received a confirmation email from American with a record locator and seat assignment. But when I went to check in online 24 hours before departure, I was told that online check in wasn't available to me and that I'd have to check in at the airport. When I got to the American ticket counter a couple of hours before my flight I was told that there was no reservation for me. Not just no seat, but that the entire reservation didn't exist. I went home, furious, and had to eat a non-refundable $100 reservation in Miami. I also had important appointments in Miami that I cannot reschedule until next year. AA is blaming Alaska, and Alaska is blaming AA. Alaska, after some back and forth, offered me an insulting $200 future travel credit. What do you think happened to my reservation and do you agree that a $200 credit is enough?

A. I checked into this with American, which was the airline your seat was booked on, and they claim that Alaska didn't send your booking information to them in time. Of course, I have no idea who is to blame here, but a couple of things to note: first, no, $200 is not enough, especially considering your losses. I would continue to politely pester both AA and Alaska and have them up the offer to at least a $500 credit. And second, whenever you cannot check in online, that's a red flag and you shouldn't wait until getting to the airport to figure out what's going on. In my experience it means there's no seat for you. It happened to me a while back on American and when I got to the airport, despite having a first class seat assignment and record locator, I was told that I was being bumped to a later flight. There was no explanation given, such as the flight was oversold: just no seat. Perhaps a third point is that whenever you buy a seat from one airline on other airline's equipment (such as a code share situation), you up the odds of something going wrong as happened to this poor chap. Avoid doing so whenever possible. Related: how to file an airline complaint.