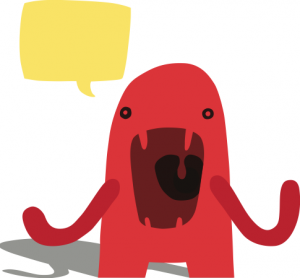 How to file an airline complaint

Everyone will end up complaining about an airline sooner or later. For some reason, I've never had to write a scathing letter. The only time recently that something went amiss on a flight I’ve taken was Los Angeles to New York on American Airlines. I had used miles to fly in first class, and although I had booked my seat months in advance when I attempted to check in online 24 hours ahead I was told to do so at the airport, which is always a bad sign. Sure enough, there was no seat for me. I asked what happened, but the ticket agent could offer no explanation.

Instead of ranting and raving, I remained calm, went to the lounge, and asked the front desk what they could do for me. And sure enough, I was put on a flight departing exactly 59 minutes after my original flight, same seat. Because the delay was under an hour, American didn’t owe me denied boarding compensation. But because I was polite and pleasant about the situation, the lounge agent found me and handed me a $400 travel voucher anyway. Maybe I would have gotten the voucher even if I had ranted and raved, who knows. Somehow, I suspect not.

So if you have an airline complaint, whether lost bags, a delayed flight, or poor service, always try to resolve it politely at the airport. If that doesn't work, send a letter or email to the airline.

Perhaps the best advice, though, is to avoid setting yourself up for air travel #fail to begin with.

Here are the email/website and corporate mailing address contacts for U.S.-based airlines. Although most people like to email these days, I find that a well-written snail mail letter can be more effective since so few people send them and they tend to stand out (plus you can include photocopies of relevant documents if applicable). And you can also pay the post office for a confirmation that the mail has been received.

Oh, and by the way, you can also use these methods for saying something nice about your flight or an employee's extra care.

Airlines are also using Twitter to resolve complaints, but some are better than this than others.