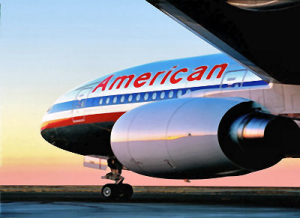 What the American Airlines Chapter 11 Filing Means For You

In the short term, not a lot, unless you’re an American employee, retiree, stock or bond holder, or vendor. American will keep flying, honor all reservations and travel vouchers, and all frequent flyer miles.

In fact, there may be a silver lining, again in the short term. If past filings are any prediction, we may see the airline attempt to lure reluctant consumers by offering bonus frequent flyer miles and perhaps a fare sale. And if people shun American, it might be easier to find seats for frequent flyer award travel.

On the minus side, anyone flying on American in the coming weeks and months will have to deal with even lower employee morale. After all, the whole point of this filing was to lower labor costs and bring them in line with those of airlines that previously filed for Chapter 11 as well as with low cost carriers formed after deregulation.American’s flight attendants, baggage handlers, gate and ticket agents and reservationists will earn less and their pensions are in jeopardy. You may not see too many smiles on your next flight.

But in the longer term, it’s anyone’s guess. True, Continental, Delta, United, US Airways, and Northwest filed for Chapter 11 in the recent past, but those filings ultimately resulted in consolidation, which has led to higher airfares and less competition. Today, the U.S. really only has two large “reasonably healthy” legacy carriers—United and Delta. Southwest Airlines is doing fine, although not exactly flourishing, but US Airways is relatively small and still dealing with its messy acquisition of America West, and now American is ailing. That leaves a handful of smaller niche carriers—JetBlue, Virgin America, Hawaiian, Alaska, Frontier, Spirit, Allegiant, some of which are not consistently profitable. Over the last few years, we’ve lost Aloha, ATA, and Mexicana to Chapter 9, not to mention TWA, Eastern, Pan Am and other carriers, and Midwest and Airtran, among others, to consolidation.

In short, the U.S. airline industry is suffering.

Meanwhile, foreign airlines are hoping to siphon off high-value business travelers and other flyers on international routes. For example, highly profitable and growing Emirates Airlines has its sights aimed on the U.S. market and has ambitious plans for adding U.S. gateways, including Atlanta, Boston, Chicago, Dallas, Detroit, Philadelphia, Seattle and Washington (it already flies from New York, LA, San Francisco and Houston). As other analysts have noted, a profitable business class flyer jetting from Dallas to an international destination can fly on an ailing American Airlines or they might prefer connecting through Dubai on Emirates and enjoy newer planes and better service. That could spell trouble for what’s left of the U.S. airline industry.