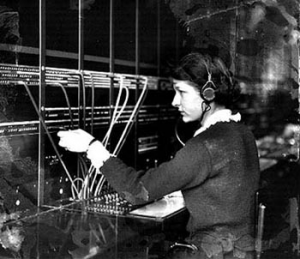 Is your smartphone ready to travel?

Everyone knows that smartphones are changing the way we travel – but at what cost?

Sure, one never need be lost in, say, Sao Paulo, ever again, thanks to the magic of Google Maps and a little thing called GPS. But one also may die of a heart attack once the bill for that little getting-out-of-a-jam lands on your doorstep back home. Think it can't be as much as your plane ticket down? Think again.  Remember that Tokyo earthquake? I was there, and navigating my way back to the hotel and sending a few panicky text messages cost me nearly $800 (thankfully, AT&T took pity and reduced the bill to $25 by retroactively adding a data plan--see below).

Be a smarter smartphone user. We'll show you how.

Buy a cheap disposable. This is what I do when I roam overseas. In many cities, it's easy and cheap to buy a throw-away mobile phone. True, this won't be a "smartphone," (the kind that allows you to use Google maps, mobile apps, and browse the Internet) but it will allow you to "pay as you go" at reasonable per-minute talk rates. Ask your local contacts (such as hotel or airport staff) where to buy or just do a Google search. In London, for example, drop into any Orange shop (or other service provider) and you can pick up a cheap throwaway for a few (as in five or so) quid. Maybe you won't be able to run your office off the thing, but at least you've got cheap talk connectivity for the equivalent of a few dollars. (Sadly, it's very difficult if not impossible to buy an iPhone or other smartphone service plan overseas unless you're a local resident with established credit or an ID—such as a local drivers license or a utility bill. However, if you're a frequent visitor and you have family or close friends in, say, London, you could have your local contact set up smartphone service and simply reimburse the cost).

If you bring your own phone. Two things you should sort out immediately. One, will your phone work overseas -- this will enable you to make and receive calls, as well as send text messages. Two, will you be able to access a data network, and if so, how much will it cost? To answer this, you'll need to start by figuring out what kind of phone you've got.

GSM or CDMA? When Verizon got the iPhone, did you rush out and get one? If you're heading to Europe, maybe you should have called AT&T instead. AT&T's version of the iPhone is a so-called world phone, meaning it operates across both the CDMA and GSM networks. Verizon's iPhone 4 is a CDMA phone, meaning its powers are useless in places like Europe – in fact, outside of North America, you're basically out of luck. Stupid? You bet. That’s why, if you haven't already taken the plunge, you need to get the 4S. That's a worldphone.

Swing both ways. Ideally, if you're more than an occasional traveler, get a world phone, which works everywhere, across all networks and frequencies (some GSM phones do not do this). Ask your provider which phones meet the requirements; AT&T's iPhone is one. The Motorola Droid 2 Global phone from Verizon is another.

Ready, set, roam. Each provider offers an international roaming program for calling, texting and data. For example, you can contact T-Mobile and have them add international roaming. You'll pay as you go – calls start at 40 cents a minute and climb from there, while data goes for $15 per megabyte (MB) ($10 in Canada.) More info on t-mobile roaming charges here.

AT&T Wireless offers "affordable" international data packages starting at $25 per month going up to $200 per month. Of course, affordable is in the eye of the beholder. The entry plan gives you 50 MB of data in over 100 countries, and $10 per additional 10 MB; the top tier plan gives you 800 MB of data per month. AT&T has a handy international roaming data calculator to give you an idea of how much overseas roaming might cost you. (You'll quickly learn that most people will quickly burn through even the most "generous" 800 MB plan).

If you go this route, make sure you change your phone's data settings – anything set to sync or update automatically should not be doing so while you're out of the country, unless you're hooked up to wifi – that all costs money.

PS? Roaming is for suckers. While it may feel good to be connected wherever you go, roaming is really not the best way to do this. You have two other – and better -- choices. One, unlock your phone and slip in a new SIM card from a local provider in your destination. In many places, you can buy a cheap, pre-paid SIM (think of it as a slightly more technical phone card), slide it in and suddenly you're calling and surfing like a local. All you need to do is make sure your phone is unlocked – AT&T (some iPhone users) and T-Mobile customers in good standing, for example, should have no problem; just ask. (With legally unlocked iPhones hitting the market in the United States right now, this will all change.) For peace of mind (and no running around looking for SIM cards when you land in a strange country), try National Geographic's Cellular Abroad service, which will fix you up for that next trip to Timbuktu.

Boom. It's a computer. While it's great to have roaming capability (or, better yet, a local SIM card) in case of emergencies, the fact is, these smartphones are actually tiny little laptops with phone capability. Before you leave home, print out a map of your destination and mark down all the free wireless hotspots you can find by researching online and just regulate your use of your phone to those places. Better yet, rent a pocket hotspot or a smartphone from a company like Tep Wireless. (Tep claims that its per-MB data charges are 90 percent less than typical roaming charges). Wherever you go, you're connected. Also: Download Skype or Vonage to your phone and you're now entirely capable anytime you've got Internet access.