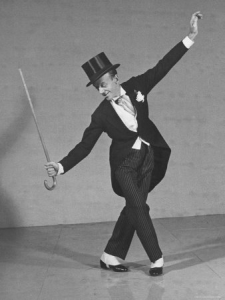 Dressing for success when you fly

When a friend of mine checked in for a flight from San Francisco to Vancouver recently, he was surprised that the Air Canada gate agent handed him a first class boarding pass as he was about to get on his flight. What was so unusual about this? Several things. He had bought an economy class ticket, he rarely flies on Air Canada and thus has no frequent flyer status on the airline, and even more unusually, the flight was half empty so this wasn't an oversell upgrade situation. So why the extra love?

Because he was wearing a suit. Yep, my pal asked the gate agent why he was so blessed and she answered, "our station manager noticed how well dressed you were and told me to upgrade you."

I, too, was upgraded recently on a United p.s. flight from LA to New York's JFK, and I, too, was wearing a suit (if I'm going on a business trip, I wear my suit on the plane, in part because I don't want it to take up too much room in my carry on). I only have 80,000 lifetime miles in United's MileagePlus program, and no, before you say, "Yeah, but they know who you are" trust me, they don't. Not wanting to look the proverbial gift horse in the mouth, I didn't ask the gate agent why I was upgraded from a frequent flyer economy class seat all the way through business class and up to first class (in fact, when I heard my name over the PA system my heart skipped several beats because I assumed that the flight was oversold and I was being bumped, owing to my lack of status). But I'm going to guess it was because I was the only person in the waiting area who wasn't dressed like I was about to head off the to gym.

"You can't fly on Concorde! You're not wearing a tie!"

Think this is nonsense? Well, not really. For a couple of years in the 1980's just before they went belly up, I worked as a consultant for Eastern Airlines (remember them?). As such, each month I was given a stack of flight coupons. I'd just make a reservation and hand one of these coupons over at the ticket counter and I could fly anywhere in the Eastern system for free, in first class no less. One evening I was flying back to Boston, where I lived at the time, and was curious to see that the agent handed me a seat in economy. "Is first class full?" I meekly inquired. "The way you're dressed, you don't even deserve to fly at all," he scolded. What was my sin? I was wearing a suit and a nice pair of shoes, but had taken off my tie. Into economy I went.

Another time I was booked in business class on British Airways on a pass from Heathrow to New York. Due to an air traffic controller slow down, my flight and virtually all others were canceled, but I convinced the company to put me on the one flight that was still operating, which happened to be on the Concorde. I approached the ticket counter and explained that I was authorized to fly supersonic. "You can't fly on Concorde!" the agent barked at me. "You're not wearing a tie!" True story. Luckily, this time I had a tie in my carry on. "One sec," I replied. I ducked down behind the counter, quickly repaired my wardrobe malfunction, popped back up and said, "Can I have my boarding pass now?" And off I flew.

If we have to dress up, why don't the passengers?

You see, for many years airline employees were required to dress nicely if they were flying on a pass. Women were required to wear a skirt and a blouse, and men at least a sport coat and tie, or in some cases a suit. The rules were especially strict for first class travel. No jeans. No sneakers. No tie, no service. Although most airlines have relaxed these rules, there are a lot of employees who remember the old days. And perhaps they figure, if we had to dress well to fly, what's up with all the passengers who get to sit in first class dressed like Richard Simmons? (It's a bit ironic that these days when you fly first class on British Airways and many airlines, they give you a pair of pajamas to change into).

And although I don't recommend that you show up at the airport in your pj's,  it's entirely up to you how you dress when you fly and I do understand that flying is often uncomfortable and many folks want to make the flight as pleasant as possible.

But, I'm just saying. Everything else being equal (same frequent flyer status, etc.) when a flight is oversold in economy and the airline needs to upgrade someone, are they going to choose the passenger in the tank top or the one wearing the nice dress or suit? You know the answer. (Of course, it doesn't hurt to be extra nice to any staff you should encounter.)

How do you dress when you fly? Have you ever been upgraded because you were well dressed?

Priority boarding often a perk worth paying for