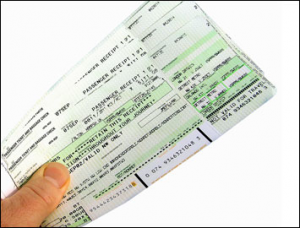 How useful are the airlines' low fare guarantees?

It happens, but very rarely: you'll be searching for a fare from New York to London on, say, VirginAtlantic.com, and then just for kicks search the exact same dates and route on, say, Travelocity.com, only to find that the price on Travelocity is hundreds less than on Virgin's website. This actually happened a few summers ago. Airfarewatchdog.com fare searchers couldn't explain it, but for a couple of days, Travelocity was selling fares on Virgin Atlantic from all their U.S. gateways to London at about half what the very same Virgin flights were selling for everywhere else, including Virgin's own site.

By now, most people are at least peripherally aware of the lowest fare guarantees that airlines like to promote. It all sounds pretty simple – find a fare lower than the one you booked, and you'll get some kind of a refund. Easy, right?

Not necessarily. When you look at these so-called guarantees, it helps to think of them essentially as public relations stunts that sometimes work out in your favor.

How does the guarantee work? Each airline puts their own spin on it, but the general rules of play are often the same.

First, book the fare at the airline's Web site. (By doing so, you've now given the airline what it wanted all along – to get business back from third-party booking sites.)

Second, you must scout the Internet for lower fares on the same itinerary, same class of ticket, same everything. If you do find such a thing, you must submit a claim immediately – usually before midnight on the day that you booked. Sometimes there's a little wiggle room. Mostly not.

Again – this only works for identical itineraries found on other sites. Don't call asking for the cheaper fare that departs that morning that you didn't find while conducting your search. Also, generally, don't call if your itinerary doesn't originate within the United States, which often means the offer's no good. And no, if the lower third-party fare was found using Priceline.com's "name your own price" (bidding) feature, it doesn't count.

After all this, if you've still got all your ducks in a row, go ahead and submit the claim. Sit back, relax and wait for the airline to verify and process the thing.

Sometimes you win, sometimes you lose – and invariably, if you think they're not making good on their promise, what really happened is that you didn't read the fine print. Of which there is a ton, no matter what policy you're looking at. For example, there's more than just one type or class of coach fare, so finding an identical itinerary doesn't necessarily mean that you've found an identical fare. To keep you from having to spend days on end reading fine print, we went ahead and did it for you. Here, in a handy chart, we take a closer look at the policies of more than a dozen carriers.