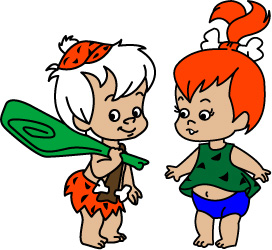 What a week it was in the friendly skies.

Judging by all the Facebook "likes" and tweets, a lot of airline passengers are applauding Malayasian Airlines' decision to ban infants from first class cabins on some of their long-haul flights. (Before you start cheering, it's unlikely that any U.S.-based airline would ever follow suit.) Malaysia claims that it took the step because there are no bassinets in first class on the affected jumbo jets, but the carrier's CEO acknowledges that many premium class passengers have complained in the past that sleeping is impossible with crying babies nearby, and that if you pay tens of thousands of dollars for a luxury experience you should at least be able to sleep.

And speaking of unwelcome noise, the Delta passenger evicted because he used the "F word" on a flight at Detroit's Metro Airport says he'll sue the airline. Do you think he's justified? We ride the NYC subways every day and you should hear the language we encounter on that means of conveyance. No one even thinks twice about it.

But if anyone has a right to gripe about ill-treatment, it's this woman. Did TSA really think that a 95-year-old woman in a wheelchair was a security threat? Really? According to Reuters, TSA says that did not "require" the woman to remove her adult diaper, as previously reported in some media.

We weren't wearing a diaper, but we got the full TSA treatment, our first, over the weeknd before boarding a flight from New York JFK to LA. Not only did we get a full body scan, but we were hustled off to a private screening room where a TSA agent had his way with our private parts, front and rear. It's incredible how intrusive this is. Sure, the agent used the back of his hand rather than his fingers, and no, we did not get a full cavity search, but no wonder people are driving longer distances than ever to avoid flying.