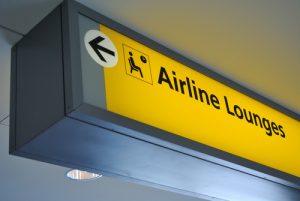 Everything you ever wanted to know about airport VIP lounges

American Airlines' erstwhile chairman C.R. Smith launched the first VIP airport lounge in 1936 to reward his best customers and supporters, upon whom he bestowed the honorific "Admirals." Back then, membership was at the discretion of the sales force. Today, however, anyone with enough money can join. They're expensive, but considering the chaos of the typical airport terminal, especially when flights are delayed or cancelled, well worth it--a definite step up from sitting on the floor next to the gate, fighting over the last available power outlet. In addition to comfortable workstations and cushy chairs, they offer perks like free beverages and WiFi, and civil reservation agents. But is that worth the price of admission? It might be if you travel often.

You can buy annual club memberships using money or frequent flyer miles. Memberships cost $450 with Delta, US Airways and Alaska; $500 at United and American. There are also "spousal" memberships and multi-year options; however, it looks like the lifetime membership is a thing of the past.

"Initiation fees" (always with the fees, these airlines) may also apply (typically $50 for first time members), but there are discounts if you're an upper tier member of the airline's frequent flyer program. There are also short-term memberships, applicable to full-year dues, for less (for example, a 30-day pass might cost $90 with Delta, or a 90-day pass $120 on US Airways).

However, if you're an infrequent flyer, but still want to wait comfortably and work productively, the best solution is a day pass, which costs $50 per person for Delta's Sky Club, American's Admirals Club and United's Red Carpet Club, or $29 with US Air if bought on line in advance ($50 at the door). Delta offers discounted passes for $25 with the Delta-branded Gold or Platinum American Express card.

Airlines also offer access to passengers traveling in the premium cabins on a same-day international (considered transoceanic or intercontinental) flight, plus customers traveling in first class or on full-fare Y class tickets on specific routes to/from JFK (Seattle, Portland, San Francisco, Los Angeles, San Diego, Phoenix, Denver, and Las Vegas) can enjoy access at JFK or one of the eight aforementioned airports. Passengers booked on United's p.s. (premium service) flights in business and first class between JFK and SFO or LAX get free access on the day of travel.

Alaska Airlines grants access to full-fare first class passengers at any of its Board Room clubs.

As an added bonus, some airlines offer reciprocal admission to other facilities although there are a few fine point restrictions. For example, Delta Sky Club members enjoy access to Alaska Board Rooms and vice versa when traveling on the other carrier. Although this could change when and if US Airways merges with American Airlines (since USAir will presumably join the OneWorld alliance), as of this writing United and US Airways offer reciprocal privileges with each other and with Star Alliance lounges throughout the world.

It's important to note that airline clubs vary greatly in quality, even within a single airline. One location might be new and spacious, while another might have seen its last refurbishment when the Boeing 707 ruled the skies, with nary a free seat to be found.

With your membership you get an open bar (although not top shelf) in some clubs, snacks, free wireless Internet, comfy chairs and two guests. Premium spirits, wines, and beers are available for sale in many clubs with rather extensive menus on offer in the American and United clubs. Delta is the only airline to still offer a variety of premium spirits and beers for free.

But another huge perk reveals itself when you need to be rebooked on an alternate flight because yours was cancelled or delayed. Would you rather stand in line with scores of the bumped and grumped, or go to the club, where the lines will be shorter (club receptionists are also able to rebook flights and assign seats). And for some, just having enough power outlets to charge computers and phones is reason enough to join.

Then there are the non-airline airport club programs. Priority Pass offers entry to 600 lounges worldwide, many of them not airline affiliated, in airports worldwide. Membership costs either $99 annually plus $27 a visit or $399 annually for unlimited visits. Guests cost $27 extra, and there are often promotions for 20% off the full price making it even cheaper than a single airline's program.

True, there are gaps in Priority Pass affiliated lounges at a few airports--no one wants to trek to a different terminal for a few free drinks--but most domestic airports are pretty well covered. But this is still one of the best deals around as it permits access to the broadest selection of lounges, no same-day airline flight requirements, and the lowest price.

Another good deal is the American Express Platinum Card airport club program, which allows members to use their cards to get into participating Delta, US Airways, and American lounges, as well as at all the Priority Pass lounges above. Just show the card to get free access including for up to two guests at more than 100 locations worldwide, with the caveat that you must be flying on the airline of the lounge that you use that day (Priority Pass guests pay $27 per visit). Amex Platinum cards, whether business or personal, have a $450 yearly fee with no spending limit; essentially it's a combined Delta/US Airways/American/Priority Pass membership, which would otherwise cost three times as much. Sadly, United no longer participates, however you get a $200 airline credit with the Card that you can apply to an annual United membership if that's how you choose to spend it.

Bottom line, if you fly just one airline and fly a lot, join that airline's club, with United an especially good choices thanks to reciprocal privileges. But if you fly on multiple U.S. carriers frequently, the American Express Platinum Card makes sense. Either way, you'll experience less stress, and work more productively. Unless you overdo it with the open bar.