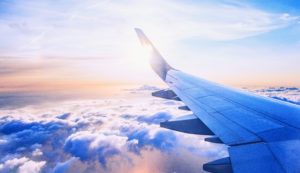 Airline fees are nothing new when it comes to ultra-low-cost carriers such as Frontier and Spirit. These airlines have been increasing their online booking fees (which they call by different names) over the past few years and Frontier has been experimenting with completely new fees in a post-pandemic world.

In May 2021, Frontier added a $1.60 “COVID Recovery Charge” per segment. This fee was apparently to help pay for enhanced cleaning measures and repayment of CARES Act loans. After it was discovered by several media outlets, there was a lot of backlash and Frontier has since removed this charge. However, the latest fee to stick around is Frontier’s relatively new “High Cost Airport Charge.”

What Is a High Cost Airport Charge?

On its list of travel policies, under the taxes and fees tab, Frontier gives this description for its High Cost Airport Charge.

Instead of simply raising the base fare from airports that require higher operating costs, Frontier has decided to add another fee to the mix. Since airfares must be advertised including taxes and fees, the average traveler won’t really notice much difference other than rock-bottom rates such as its frequent $15 one-way fares will be slightly higher to/from these “High Cost Airports”.

Which Airports Have a High Cost Airport Charge?

Note: Frontier will end service at Los Angeles International Airport (LAX) at the end of September 2021.

How Much is the High Cost Airport Charge?

Frontier’s High Cost Airport Charge is $5 each way for flights either originating or terminating at the above airports listed. If both your origin and destination happen to be a “high cost airport”, it will still be $5 each way. So, expect prices to be about $10 more than they used to be for roundtrip flights to or from these airports. Although connecting flights at these airports are extremely rare when flying Frontier, surprisingly, this charge is omitted when you are simply connecting flights.

Can You Avoid the High Cost Airport Charge By Booking at the Airport?

No. The High Cost Airport Charge is collected regardless of whether you book your ticket online or at an airport counter. While Frontier never responded to my inquiry on this, I tested it out recently when I was at the airport. After first pricing a few different flights online, I checked with a ticket agent to see how much the same flights would cost at the ticket counter.

As you can see, only the Carrier Interface Charge is avoidable by booking at the airport. This charge is usually $23 per segment, but is sometimes a lower amount ($10) or not charged at all on special discount fares. The Carrier Interface Charge is the only fee you can avoid by booking at an airport counter, which can still add up to a substantial amount when booking for multiple passengers, roundtrip flights, and/or connecting flights.

Why Frontier Charges Fees Instead of Raising Fares

The main reason Frontier decides to charge fees instead of raising fares is that it pays fewer taxes by doing so. This is one of the reasons it charges the Carrier Interface Charge for online bookings. However, a fee truly needs to be optional in order for airlines to avoid the 7.5 percent federal excise tax. Since the High Cost Airport Charge isn’t optional, you’ll still be paying the federal excise tax on the total of the airfare plus the High Cost Airport Charge.

Another reason Frontier may be adding the High Cost Airport Charge as a separate charge rather than simply raising airfares from these select airports is that it slightly masks the true value of its sticker shock promo code sales. Frontier often advertises promo code sales of 50 percent, 75 percent, or even 99 percent off. Of course, this discount is only applied to the base fare, which does not include taxes or extra fees such as the Carrier Interface Charge and High Cost Airport Charge. Adding another fee allows Frontier to keep its “base fares” extremely low, which means advertised discounts are not always as good as they seem.