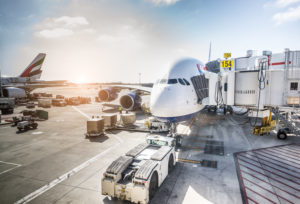 American Airlines recently introduced a new bundled fare option for economy tickets, which it calls “Main Plus”. The new fare appears to be in a test mode as it is only available in select markets. American has been busy adjusting its economy fare options in the last year by expanding Basic Economy to new international markets, modifying baggage allowances and fees, and eliminating change fees on Main Cabin tickets.

While American says it is trying to simplify its fare offerings, some would say the changes made over the past year have just made booking an economy ticket on American Airlines even more confusing. However, the new “Main Plus” fare does have some advantages and I’ll explain what’s included, which markets it’s offered in, and what type of traveler can benefit from this new fare.

This is also when American announced it would allow travel agencies that use new distribution capability (NDC) to sell bundled fares that include options such as seat selection and baggage at the time of booking, which essentially paved the way for its new “Main Plus” fare.

While each of these fares are not currently sold in every market, American now has six different types of Economy tickets for sale. Regardless of the fare, all tickets include one carry-on bag and a personal item.

As you can see, it can be quite complicated to figure out what exactly your economy fare includes since it depends on the type of fare purchased and your destination.

What Is Included in American’s “Main Plus” Fare?

If you choose to upgrade from “Main Cabin” to a “Main Plus” fare, you’ll get a few extra perks.

Basically, this fare is just bundling extra legroom seating and a checked bag with one charge paid during booking. If you’re an AAdvantage elite status member or credit cardholder with higher baggage or boarding group status, that will still apply. That being said, this type of fare is more beneficial to non-elites who are looking for a simpler way to book a more comfortable travel experience.

The Main Cabin Extra seating includes extra legroom seats at the front of the plane or in an exit row, complimentary alcohol (when service resumes), and preferred boarding. And by including the additional bag during booking, it can save time and the hassle of paying for this at the airport.

Related: No Cocktails in Coach: Ban on Alcohol in Economy Extended

How Much Does It Cost to Upgrade to “Main Plus”?

The cost for the upgrade varies by market and travel dates. On the test searches I completed, it appears that the cost to upgrade roughly correlates to the price of choosing a Main Cabin Extra seat assignment when selecting seats on a Main Cabin ticket.

For example, when searching for a one-way flight from Dallas (DFW) to Los Angeles (LAX), I’m seeing Main Cabin fares for $99 one-way or a Main Plus fare for $154. A difference of $55.

If I were to choose Main Cabin, when I get to the seat selection screen, I see Main Cabin Extra seats between $32 and $49. Since a checked bag would also cost an additional $30 for this flight, it would make more sense to purchase the Main Plus fare if I wanted both the extra legroom and was traveling with a checked bag.

It also makes it more appealing to upgrade my seat assignment if I’m planning to travel with a checked bag. By paying an extra $25 during booking, I could get a more comfortable seat along with my checked bag.

Bundling fares is nothing new and although it can make the shopping experience a bit more confusing, it’s nice to see that American is once again offering a way to pay for a baggage-inclusive fare during booking.

Which Routes Offer “Main Plus” Fares?

Currently, I’m only seeing “Main Plus” fares available on domestic U.S. flights and flights between the U.S. and Canada. However, I don’t see it available on every single route—notably, this type of fare doesn’t seem to be available in the most popular domestic market between New York (JFK) and Los Angeles (LAX). As this new fare is still being tested, it’s possible that we’ll see this type of fare expand in the future to include more international markets as well.

Related: Avelo Airlines: Everything You Need to Know About America's New Budget Carrier

This is not an official policy by any means, but after searching several routes, I was unable to pull up a Basic Economy fare option for any domestic or US-Canada route. Instead, the lowest fares are now standard Main Cabin fares that can be upgraded to a Main Plus fare in these markets. I would expect American will likely bring back Basic Economy to domestic markets eventually—at least in markets where it competes with Spirit and Frontier. But for the time being, this is great news for those travelers who want to avoid Basic Economy by all means.

Why American Airlines Economy is Now a Better Value

Best of all, American seems to be price matching low fares offered by its main competitors Delta and United, only American’s low fare is now Main Cabin while Delta’s low fare is almost always Basic Economy and United’s low fare has more variance as to whether it’s Basic or standard Economy.

For the time being, this means when you are comparison shopping for domestic economy tickets and the three major airlines all have similar pricing for the lowest fares, you’ll often get the most bang for your buck by choosing American since it will likely be a Main Cabin ticket compared to a likely Basic Economy ticket on Delta or United. As always, make sure to read the fine print to know exactly what type of fare you are purchasing.

For example, when checking Google Flights for flights between Atlanta and Chicago, I’m seeing $79 one-way fares on all three airlines.

When I choose American Airlines, I see that this price is a Main Cabin fare with the option to upgrade to Main Plus for an extra $50.

If I choose Delta or United, I see that both of these airlines are selling the $79 fare as a Basic Economy fare with the choice to upgrade to Main Cabin or standard Economy for an extra $30.

Comparing all options, you’ll see that American has better pricing on the surface for what you get in return. This is especially true if you’re traveling with a checked bag and wish to have extra legroom seeing that American’s Main Plus fare is $129 compared to Delta’s Comfort+, which is $144 and you’d still need to pay an additional $30 for your bag at the airport. That makes American $45 cheaper.

Of course, you may have your own airline preferences and status that will affect your decision but it’s something to be mindful of when searching for fares as there is now a new fare option when traveling on American Airlines. And, best of all, the new fare also seems to have improved American’s lowest fares in the domestic US market since there is a new way to upgrade. It will be interesting to see if Delta or United react by switching up their fare structures in the future.