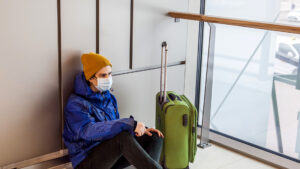 A nationally recognized reporter, writer, and consumer advocate, Ed Perkins focuses on how travelers can find the best deals and avoid scams. He is the author of "Online Travel" (2000) and "Business Travel: When It's Your Money" (2004), the first step-by-step guide specifically written for small business and self-employed professional travelers. He was also the co-author of the annual "Best Travel Deals" series from Consumers Union. Perkins' advice for business travelers is featured on MyBusinessTravel.com, a website devoted to helping small business and self-employed professional travelers find the best value for their travel dollars. Perkins was founding editor of Consumer Reports Travel Letter, one of the country's most influential travel publications, from which he retired in 1998. He has also written for Business Traveller magazine (London). Perkins' travel expertise has led to frequent television appearances, including ABC's "Good Morning America" and "This Week with David Brinkley," "The CBS Evening News with Dan Rather," CNN, and numerous local TV and radio stations. Before editing Consumer Reports Travel Letter, Perkins spent 25 years in travel research and consulting with assignments ranging from national tourism development strategies to the design of computer-based tourism models. Born in Evanston, Illinois, Perkins lives in Ashland, Oregon with his wife.

For decades, airlines just about everywhere have been resisting government-mandated passenger rights regulations. Despite the fact that the airlines brought on themselves many of the regulations they hate; they’ve had a remarkably deaf ear for customer pain points. That struggle has been ongoing for years both in the U.S. and abroad.

But now some airlines are using the financial squeeze of the global COVID-19 shutdown to ask for “relief” from those legal requirements like providing refunds for canceled flights, or compensation for lengthy delays. Those terms are mandated by the European Union, but impact flights operating elsewhere, too.

What the E.U. Has Long Required of Airlines

The primary current target is European Union’s Regulation EU 261/2004 for passenger compensation in case of delays. A rule called E.U. 261 has long required covered airlines to compensate travelers by cash payments of:

In addition, airlines are required to provide accommodations for overnight delays. And if a flight is delayed five hours or more, travelers have the option of a refund of all unused tickets and of tickets already used if the flight no longer serve’s any purpose. That’s on top of a no-cost return to the passenger’s origin point.

Airlines sometimes avoid some of the payments if they can provide proof that the delay or cancellation was due to extraordinary circumstances, but those exceptions are rare. E.U. 261 applies not just to flights within the E.U., but also flights from E.U. to and from points outside the E.U., regardless of where the given airline is based.

What E.U. Airlines Are Trying to Change Now

The current proposal is to lengthen the delay times that trigger compensation from two, three, and four hours to five, nine, and 12 hours, respectively, and to exclude some routes entirely. It’s also been reported that some airlines want more wiggle room to avoid payments. The latter proposal, submitted by Croatia, is viewed locally as a compromise.

Most travelers in the U.S. probably aren’t aware of the E.U. 261’s compensation requirements, or that it can apply to them. U.S. domestic air travelers have no comparable protections at at home: The only cash compensation rules in the U.S. cover the singular case of bumping due to overbooking. What U.S. travelers get in other delays and cancellations is determined by each line’s contract of carriage, and no airline offers cash compensation for delays. (The DOT does require refunds for canceled flights, however, for any flights operating to, from, or within the U.S.—as does the E.U.)

It’s anyone’s guess what will happen to the current proposal. But Brexit regulations still being laid out also raise the issue of whether the U.K. will continue to honor E.U. 261 in general.

Cash refunds for canceled flights during the pandemic and beyond is another skirmish in itself. Regulations in both the E.U. and U.S. require cash or credit-card refunds (credit vouchers do not suffice). But airlines in much of the world are fighting to overturn those requirements, too. The government of Canada recently said it will allow its airlines to forgo refunds for canceled flights.

So far, neither the U.S. nor the E.U. has granted airlines’ wishes. The U.S. issued an enforcement notice warning to airlines, and the E.U. stated that airlines currently still need to follow E.U. 261, and that: “In order to change any provision of this law, you would need wide support for an agreement from the other institutions.”

But never underestimate the power of high-priced lobbyists, and stay tuned for updates.

Consumer advocate Ed Perkins has been writing about travel for more than three decades. The founding editor of the Consumer Reports Travel Letter, he continues to inform travelers and fight consumer abuse every day at SmarterTravel.

This story originally appeared on our sister site smartertravel.com.