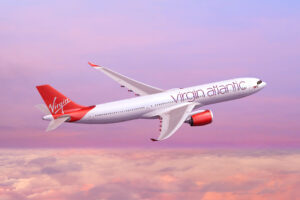 The Future of Virgin Atlantic Is in Doubt

As COVID-19 continues to inflict pain on the travel industry, governments around the world are crafting massive bailout packages to help keep certain sectors afloat. That is likely to include some degree of financial help for major airlines in multiple countries. The U.S. is almost certain to keep its major carriers alive, and the U.K. has already enacted bailout measures for certain airlines. However, there have already been casualties — including Virgin Australia and the U.K.'s FlyBe — and there will likely be more. Among those most at risk is Virgin Atlantic, owned by billionaire Richard Branson.

For more information, check out our list of which airlines are most likely to survive the pandemic.

Branson, whose Virgin Group owns a 10% stake in Virgin Australia, has already seen that company go into administration despite Branson's pleas to the Australian government. For now, Virgin Australia will operate domestic relief flights and repatriation efforts for Australians stranded abroad. According to Bloomberg, though, the budget airline has furloughed all but 2,000 workers, or 80% of its workforce.

Unfortunately for Virgin Atlantic's tens of thousands of employees (and loyal fliers), the British government appears equally unenthusiastic about helping Virgin Atlantic — at least for now. According to Forbes, Branson requested the equivalent of $622 billion in loans to keep Virgin Atlantic afloat. Last week, though, the U.K. government requested that he seek help elsewhere and resubmit his request.

How Would a Virgin Atlantic Bankruptcy Affect Travelers?

Virgin Atlantic has an extensive network of international destinations from its hubs in the U.K., with routes operating to 16 different countries. The airline offers competitive rates on long-haul flights with connections through London's airports for routes between major cities in the U.S. and destinations in South and East Asia. What's more? Up until early 2020, Virgin Atlantic had serious expansion plans, looking to add even more international routes through London.

However, like every airline during the COVID-19 crisis, Virgin Atlantic has whittled its services down extensively. At the time of writing, the airline was only operating three routes between London and New York, Los Angeles, and Hong Kong, with 85% of its fleet grounded throughout the month of April, according to the Wall Street Journal.

If the airline does go bankrupt, the future of long-haul travel from the U.K. would look quite different. Should this happen, British Airways would be the only British-flagged long-haul carrier operating from the U.K., and prices for trans-Atlantic flights as well as between the U.K. and Asia would certainly rise drastically.

What Is the Likelihood That Virgin Atlantic Will Go Bankrupt?

British media has been quick to call out Branson's billionaire status as a potential sticking point in his personal lobbying for help with his ailing airline. To that end, CNN reports that Branson has offered up his private British Virgin Islands escape — Necker Island — as collateral against a government loan. Delta Airlines (based in the U.S.) also owns nearly half of Virgin Atlantic, which only complicates the question of whether or not the U.K. should invest in bailing it out.

While there is no crystal ball to know how the situation will play out, it's important to note that the U.K. government did not outright reject Virgin's bailout request. Instead, they demanded that Virgin Atlantic seek assistance from creditors before requesting loans from the U.K. A similar solution was offered to budget carrier EasyJet. According to The Guardian, EasyJet is managing to stay afloat by combining government and private loans. The same could be true for Virgin Atlantic in the future.