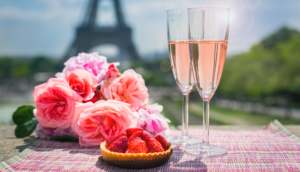 Editor's note: The airfares in this deal report were thoroughly researched by our dedicated analysts and were current as of Friday, February 14, at 5:00 pm. Availability and pricing may change at any time. To never miss out on another late-breaking deal: Follow us on Twitter @airfarewatchdog and sign up for Fare Alerts on your favorite routes and airports.

Denver, Paris, London, and other destinations are featured in the weekend edition of the Top Deals We Found. Roundtrip rates are cheap, itineraries are plentiful, and flights are mostly nonstop. Check out the details below! American Airlines has a great rate of $138 roundtrip for cross-country travel on the Miami MIA to San Francisco SFO route. Flight availability is through March and from late August through December. I don't think it will be around for long, so don't miss out on one of these golden ticket deals. Several airlines currently have reduced rates on the Chicago ORD to London LHR route. Hovering in the $379 roundtrip to $400 range for nonstop travel, I spotted these affordable fares from United, American, Norwegian, and onboard some codeshare partners. All things being equal, the deciding factor may come down to bag fees and flight time preferences. It's Valentine's Day weekend. Love is in the air. In Paris, however, the aroma of l'amour lingers long past a few days. Arguably one of the most romantic cities in the world, nonstop flights to Paris CDG from San Francisco SFO is $357 roundtrip with Norwegian Air right now. These exceptionally cheap fares for the 10.5-hour flight were found for travel the second week of March through late May. Other carriers have similar rates and with greater availability, but with 10-hour layovers--pffft! There's sparse availability, so you better hurry if you want to surprise your honey with the gift of travel.

Related: Leave Something on the Airplane? Here's How to Get It Back Avianca Airlines has got some solid savings to several cities in Central and South America, so if you're lucky enough to be on the carrier's flight path, you can get yourself a good deal from its limited-time promotion. Find 50 percent off flights from Miami, NYC-area airports JFK and EWR, Los Angeles, San Francisco, Houston IAH, Dallas DFW, Washington IAD, and Orlando. Some highlights include Houston IAH to San Salvador SAL for $208, Washington IAD to Bogota for $392, Los Angeles to Managua for $458, Orlando to Rio for $555--all roundtrip, all highly discounted through February 19.

› See all of our fares to San Salvador (SAL) area airports from all over the U.S., U.K., and Canada Get from Phoenix PHX to Denver DEN for a mere $98 roundtrip. Better still, this is an unadvertised deal with Southwest, which allows two free checked bags. Availability at these rates was found good for travel from the first week in April through May 20.