We’re ringing in a new decade this New Year’s and that’s a great reason to go big — and then go home. Traveling to check out New Year’s celebrations in a new location can make your 2020 even more exciting so follow these tips to find a great last-minute deal.

How to Find Cheap Flight Deals for New Year’s

While you’ll surely pay more to travel over New Year’s than you would for a trip just a few weeks later, it can be an exciting time to travel. As always, the key to finding a deal is flexibility, and that goes for location, travel dates, and choice of airline.

Go Where the Deals Take You

We’ve all seen the ball drop in Times Square on TV, so why would you want to spend a ton of money to go see it in person? Instead of being dead set on a specific destination for New Year’s, go into your search with the mentality of, “I have time off work and just want to go somewhere to celebrate 2020.” This will broaden the possibilities for finding a cheap flight and you’ll surely find something exciting going on no matter where you go. New Year’s is one of those holidays that is truly celebrated around the world.

Make an Entrance or a Quick Exit

Prices for flights can fluctuate dramatically around this busy time of year. Adjusting travel dates by a day or two can make an even bigger difference around New Year’s than it does during other seasons. There isn’t much time between Christmas and New Year’s so the window for a cheap flight is very slim. If cost is prohibitive to fly somewhere any earlier, look for a flight departing on New Year’s Eve itself, Tuesday, December 31, and arrive just in time for the party. On the other end, it also can be quite a bit cheaper to fly back on New Year’s Day, Wednesday, January 1, than any other day through the rest of the week. Early morning flights on New Year’s are obviously the cheapest, but you can sometimes find deals on flights later in the day that could allow you to sleep off the night before. A better idea may be to spend a little more time in your destination after New Year’s has passed. Off-peak season pricing starts to come into effect starting Tuesday, January 7, and you’ll find flights priced at incredibly reduced rates compared to flying during the peak travel times between January 2 – January 6. Some of the best deals for a New Year’s trip will depart on December 31, and return January 8. This gives you a standard week-long trip away where you get to kick off the vacation with a big party. Who knew Texas was going to throw a big fiesta for your arrival? Just try to be aware of flight times so you are not flying over midnight — unless you’d like to. Flights that are scheduled to be in the air when 2020 hits are usually the cheapest, but I’d recommend celebrating on the ground instead. There’s no dance floor at 30,000 feet during turbulence.

Compare All Airlines and Don’t Be Picky

We understand some travelers are very opinionated when it comes to choosing an airline. But to be honest, we’ve heard gripes, complaints, and praises about every airline in the industry. All airlines have delayed flights and all airlines have perfectly fine service at times. Sure, some have a better track record, but keep in mind you’ll usually only hear the bad stories amplified in the news or in reviews. When searching, it’s best to compare all airlines so you don’t miss out on a great deal. A $100 flight on Frontier is still much cheaper than a $400 flight on American — even if you do have to pay a bag fee. And likewise, a $300 flight on Delta with a free carry-on bag is still going to be cheaper than a $240 flight on Spirit unless you can travel with just a small backpack.

It’s also a good idea to check if it might be cheaper to buy two separate one-way fares in each direction. Many airlines no longer require a roundtrip purchase for most short-haul flights. You may find it to be less expensive to fly outbound on one airline and inbound on another. Some third-party sites allow you to combine different airlines in one booking, but they aren’t always able to combine all possibilities. Checking for one-way flights separately can also allow you to find better flight times on other carriers even if the price is the same. Don’t rule-out checking the price for a regular roundtrip flight though, because certain markets do still require a roundtrip purchase for the lowest fares.

Note: These fares have been updated as of 3:30 pm, ET, December 16, 2019, and are subject to change at any time. These fares are meant to show a few examples of last-minute New Year's deals that can be found and may sell out quickly. 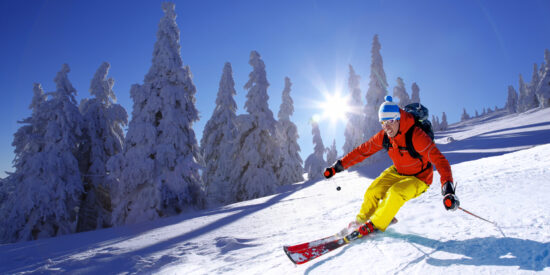 Hit the slopes for the New Year with this great deal on Delta. Fly nonstop from Los Angeles to Denver for $205 roundtrip, departing Los Angeles LAX on Monday, December 30, returning from Denver DEN on Saturday, January 4.

› See all of our current deals to Denver (DEN) from all over the U.S. and Canada 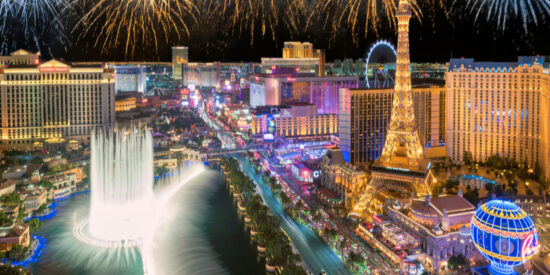 Sin City is always a popular spot for New Year's and it's now cheaper to get there from the East Coast thanks to increased competition from budget airlines. Take advantage of Frontier's current promo code sale for holiday travel with a nonstop flight from Philadelphia to Las Vegas for $218 roundtrip. By entering promo code BOOKNOW on flyfrontier.com, I found this price departing Philadelphia on Monday, December 30, returning from Las Vegas LAS on Friday, January 3. Only bring a few essentials to keep this under $200 or purchase a larger bag allowance during booking for $34-$42 each way. Don't hesitate on this deal, the promo code expires tonight, December 16, 2019.

› See all of our current deals to Las Vegas (LAS) from all over the U.S. and Canada Ring in 2020 with some heat and sunshine down in Texas. Fly nonstop from Minneapolis to Harlingen for $208 roundtrip on Sun Country. Situated in the Rio Grande Valley, Harlingen is just under an hour away from the popular South Padre Island and a great way to escape the frozen tundra of Minnesota. I found this price departing Minneapolis MSP on Monday, December 30, returning from Harlingen HRL on Sunday, January 5. If you don't feel like cramming everything into a small personal item, tack on an extra $30 each way for a larger bag.

› See all of our current deals to Harlingen (HRL) from all over the U.S. and Canada 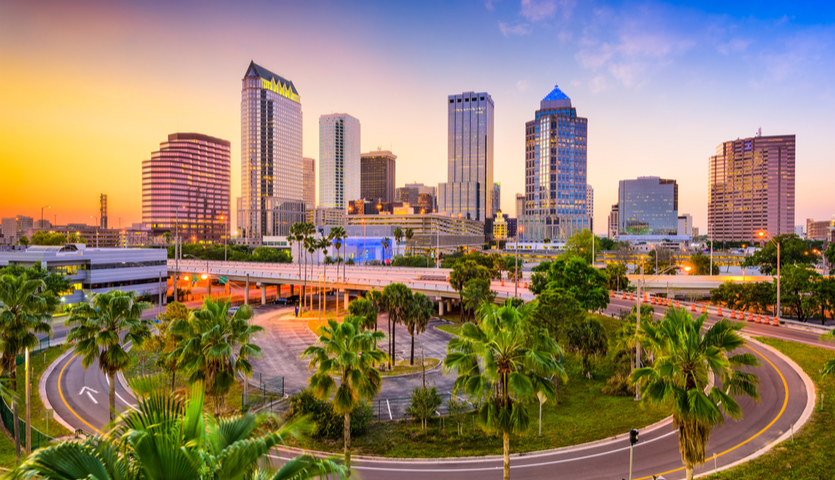 If you live in New England, Florida always sounds like a good idea this time of year. By combining two separate one-way flights, you can fly from Boston to Tampa for $281 roundtrip over New Year's, with a worldwide party awaiting your arrival. To get this price, book a nonstop flight on JetBlue, departing Boston BOS early in the morning on Tuesday, December 31, for $119. And for the return flight, book a flight on American, departing Tampa TPA on Friday, January 3, for $162. You'll save around $40 by returning on American, but this flight will require a brief stop in Philadelphia PHL on the way back.

› See all of our current deals to Tampa (TPA) from all over the U.S. and Canada If a crazy night in South Beach is not how you'd like to begin 2020, trade it for a week of relaxation on the laid-back beaches of Jamaica. Fly nonstop from Miami to Montego Bay for $289 roundtrip on American. I found this price departing Miami MIA on Monday, December 30, returning from Montego Bay MBJ on Wednesday, January 8.

› See all of our current deals to Montego Bay (MBJ) from all over the U.S. and Canada

San Francisco to Maui $353 Roundtrip on Alaska Airlines or United Spend your first week of the New Year on a tropical Hawaiian Island with nonstop flights on Alaska Airlines or United from San Francisco to Maui for $353 roundtrip. I found seats departing San Francisco SFO on Monday, December 30, returning from Maui OGG on Wednesday, January 8. Alaska's Saver fare is much less restrictive than United's Basic Economy fare so I would recommend choosing Alaska Airlines unless you're a United enthusiast.

› See all of our current deals to Maui (OGG) from all over the U.S. and Canada Experience New Year's across the pond with an impressive fireworks show. Fly from Newark to London for $533 roundtrip on Delta / Virgin Atlantic. For this price, depart Newark EWR on Monday, December 30, and return from London LHR on Wednesday, January 8. This price requires a brief stop in Boston BOS on the outbound flight and will arrive in the morning on New Year's Eve. The early AM arrival will give you more than enough time to take a nap and be ready for the festivities in the evening. By staying the full week, you'll save a lot on airfare and have some time to really explore one of the most diverse cities in the world.

› See all of our current deals to London (LHR) from all over the U.S. and Canada

Related: When to Book? 10 Tips for Booking Cheap Holiday Flights