We're seeing a few widespread sales this Monday. Whether you want to visit a neighboring country, another state, or fly to the other side of the world, check out our top 10 airfare picks of the day for some ideas on where to go. It's all Greek to me how the airlines come up with these prices, but with a fare this low from New York to Athens, I'm not complaining. Itineraries on OneWorld partners like American, British Airways, and Iberia have dropped to around $312 roundtrip for travel this spring. To find these phenomenal fares, you'll have the best luck looking for midweek departures in late April, May, and October.

› See all of our fares to Athens (ATH) from all over the U.S. and Canada. When that cold front starts swirling its way around Lake Michigan, you'll be happy you hopped on this unreal deal from United. Fly nonstop from Chicago O'Hare to San Diego for only $121 roundtrip this winter. Seats at this price are only open on select Tuesday, Wednesday, and Saturdays in January and February, and inventory is going quick, so you'll want to snatch a ticket while they are still available. I was able to find a seat departing ORD on Saturday, February 1, and returning from SAN on Saturday, February 8, 2020. Perfect for a week away sitting beachside in sunny San Diego.

Boston – Turks and Caicos $284 Roundtrip on United or American 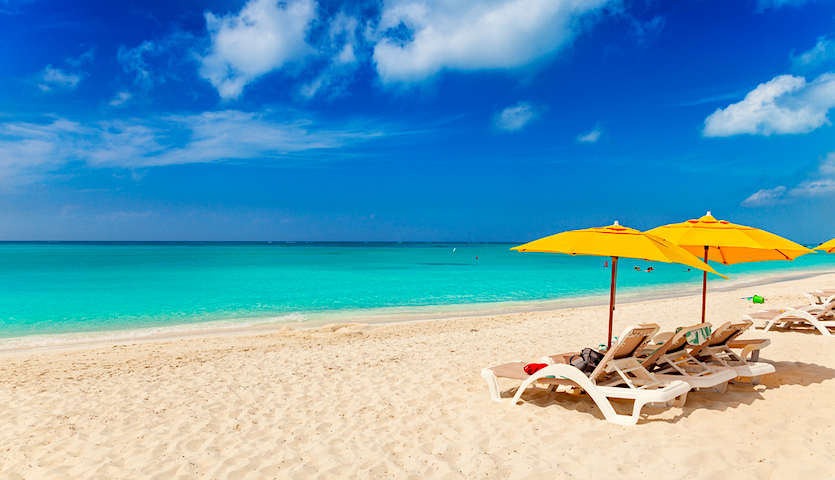 Take some much needed time off from shoveling snow and swap out your boots for some sandals and sunglasses with this terrific deal to Turks and Caicos. Fly from Boston to Providenciales for $284 roundtrip through May. Travel at this price is available on both United and American Airlines, but you'd be better suited with the latter as United will only allow for a small personal item, whereas American allows for a standard-sized carry-on. Travel is available daily, and inventory is pretty widespread at this price, so finding dates that work for your schedule shouldn't be much of a hassle. As an example, I found seats available departing BOS on Saturday, February 8, and returning from PLS on Saturday, February 15, 2020. Getting from one side of the country to the other has never been cheaper with these coast-to-coast deals that we keep seeing almost every other week. Take this deal from JetBlue and Alaska as a prime example, fly nonstop from Los Angeles to Ft. Lauderdale for $207 roundtrip through mid-March. Departures are available daily during most weeks, and if you can't find a flight that matches up with your schedule, try buying two separate one-way tickets for $104 between both airlines for a larger variety of travel times. Searching JetBlue's website, I found an itinerary leaving LAX on Friday, January 10, and returning from FLL on Saturday, January 18, 2020.

› See all of our fares to Ft. Lauderdale (FLL) from all over the U.S. and Canada. 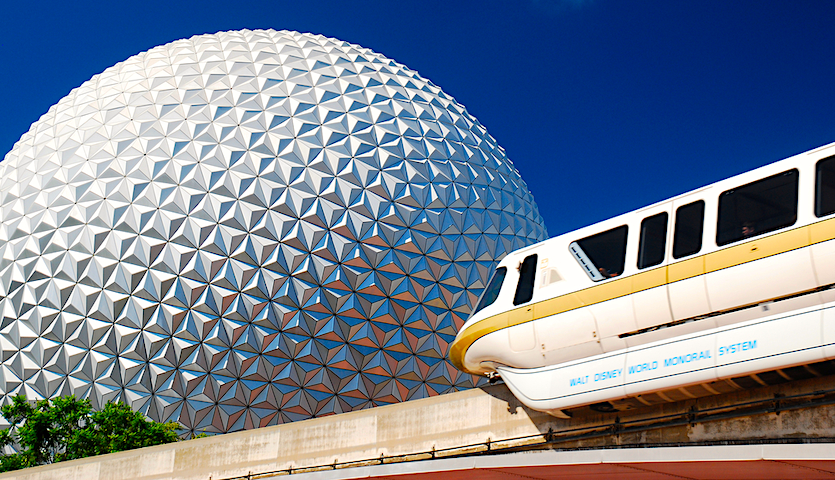 Why drive down to Disney when you can fly? Especially with a nonstop fare this low on American between Charlotte and Orlando for $60 roundtrip. Tickets at this price are available as soon as today, so if you're looking for a last-minute escape, you'll be in luck, but for others, you can depart on select midweek days through the middle of March. As an example, I found tickets for this low price leaving CLT on Tuesday, February 11, and returning from MCO on Saturday, February 15, 2020.

› See all of our fares to Orlando (MCO) from all over the U.S. and Canada. 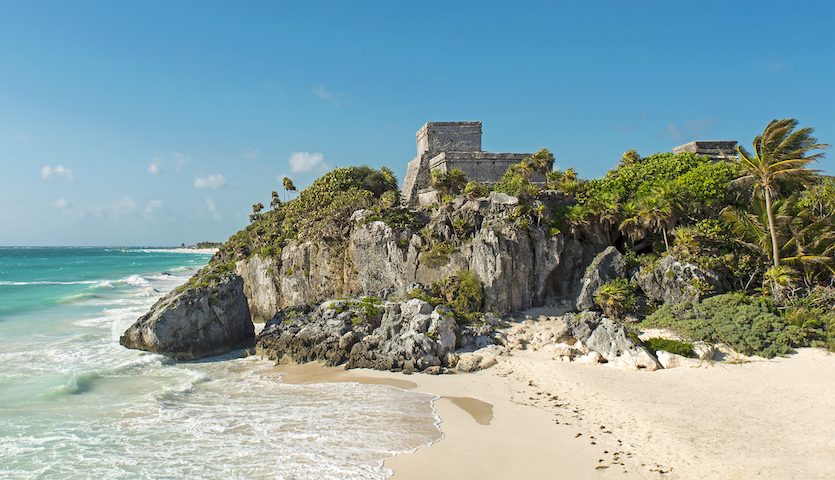 Many of those great fares we mentioned on Friday to Cancun have stuck around over the weekend, so if you missed out, then here's another chance. Here's one of the best out of the bunch, fly nonstop from Houston-IAH to Cancun for $170 roundtrip through March. Dates are selling out quickly, but seats are still available on select days between early January and the end of February. To find flights at this price, you'll need to depart on Mondays or Tuesdays, but returns are available on other days like this sample itinerary I found departing IAH on Tuesday, February 18, with a return leg from CUN on Saturday, February 29, 2020.

› See all of our fares to Cancun (CUN) from all over the U.S. and Canada. Fly in style on five-star ranked ANA or Singapore to Kuala Lumpur for $554 roundtrip departing San Francisco. This fare is pretty wide open with tickets available for Monday through Thursday departures through May, returns in June possible. Many of these flights are marketed as United, but the long legs will be on these top-notch Asian carriers, you can even mix and match to try out both of their onboard services. As an example, I found tickets at this price, departing SFO on Monday, April 6, and returning from KUL on Monday, April 13, 2020. Depending on layover city prices might vary by a few dollars.

› See all of our fares to Kuala Lumpur (KUL) from all over the U.S. and Canada.

Related: Paying for a Stopover Can Save You Money. Here's How 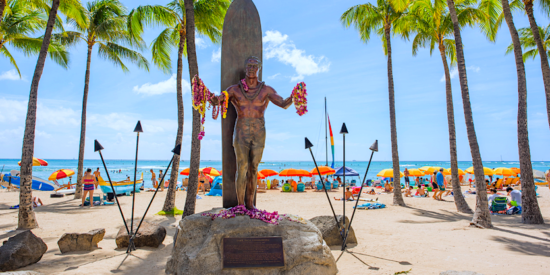 Set your watch to island time with this beautiful price drop from United Airlines. Fly from Portland, OR, to Honolulu for $295 roundtrip this winter or spring. Travel is available Monday through Thursdays between early January and the end of May. Searching United's site, I found seats available departing PDX on Tuesday, April 14, and returning from HNL on Wednesday, April 22, 2020, other travel dates are widely available. Keep in mind that this is a United Basic Economy fare, so you'll only be allowed to pack along a personal item for your trip; larger and checked bags will cost extra.

› See all of our fares to Honolulu (HNL) from all over the U.S. and Canada. Fly from Federal Hill to Capitol Hill with this superb Southwest fare deal. Nonstop flights from Providence to Washington DC-National are available for just $118 roundtrip or $59 one-way. Tickets at these prices can be purchased for travel on Monday through Thursday and Saturdays starting later this month and onward through April. Searching Southwest's site, the only place you can buy these fares directly, I found an itinerary departing PVD on Saturday, February 1, and returning from DCA on Tuesday, February 4, 2020, at the listed price.

› See all of our fares to Washington DC (DCA) from all over the U.S. and Canada. Despite being our friendly neighbor to the north, flight prices to Canada can be outrageously high at times. So when we see a widespread sale to Canadian airports, we make sure to tell you about it. Here's one of those deals with a significant price drop, fly from Dallas-DFW to Vancouver for just $181 roundtrip on United. The travel window is small, and flights at this price are only available on select days in January and early February, but the savings are huge as these are about $150 off the regular rates. Searching United's site, I found tickets available departing DFW on Tuesday, January 14, and returning from YVR on Saturday, January 18, 2020.

› See all of our fares to Vancouver (YVR) from all over the U.S. and Canada.