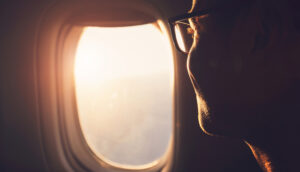 Travelers love nothing more than to brag about how little they paid for a flight. While flash sales and promo discounts are all fine and dandy, they can't compare with the thrill of stumbling across a mistake fare.

Mistake fares, sometimes referred to as fat finger fares, are super cheap fares that are entered in error by airlines or online travel agencies (OTAs).

Why Do Mistake Fares Happen?

In this day and age, you’d think there would be some sort of ironclad system in place to prevent accidental fares from ever being filed in the first place, yet they continue to spring up.

There are all sorts of reasons why mistake fares occur and, at least most of the time, it’s impossible to ever know for sure the exact cause. That’s because airlines tend to be very tight-lipped on the subject. Rather than divulge the why, they’d prefer to draw as little attention as possible to these little flub-ups.

These are the most common types of mistake fares we see:

If you’ve ever closely examined your flight ticket after purchasing, you’ve probably noticed all the various fees, surcharges, and taxes that get tacked on to the base fare. Fuel surcharges and other figures will vary greatly by route and can really inflate the price of an otherwise cheap flight. Sometimes these fees are left out in error, and that means big savings for anyone who happens upon the mistake.

When airlines attempt to list fares in multiple currencies, they don’t always get the conversions right. Sometimes the math is off and you save $30, sometimes even hundreds.

Everyone makes mistakes, and that includes the person tasked with pricing flights and filing that data with ATPCO, the Airline Tariff Publishing Company. We’re talking mistakes as basic as leaving off a zero, or, in some cases, several zeroes.

It may surprise you even less to hear that computers also screw up from time to time, and that includes the algorithms employed by airlines to determine flight prices. There are so many potential combinations of city routings a person can string together, and the complexity of it all has been known to wreck the algorithm, publishing fares for much lower than what they ought to be.

How Often Do Mistake Fares Happen?

Mistake fares were much more common from the early aughts up until just a few years ago. That’s not to say they don’t still happen. Airfare pricing systems and the people in charge of them still manage to screw up; there are just better checks in place to prevent it from happening as much.

Still, as exhilarating as it is to find a mistake fare, you may not always get to keep it, which brings us to the point below.

Do Airlines Have to Honor Mistake Fares?

The Department of Transportation recently switched up its position on mistake fares, giving airlines a little more wiggle room to cancel in the event of a pricing blunder.

In terms of publicity, it’s not always the best look for an airline to void a ton of tickets and risk the social media backlash. But (and especially in the last couple of years) airlines are willing to play the Scrooge if it means not losing out on, say, a ton of profitable biz class seats that accidentally sell for $5 apiece. Yes, that really happened.

Only a few years ago, flights to Auckland were bookable from nearly every airport in the U.S. for around $330 roundtrip on Air New Zealand. That’s a bargain considering fares to New Zealand typically cost well over $1,000. Many of us here at Airfarewatchdog purchased this trip, only to receive an email a few days later explaining that the airline wouldn’t be honoring the fare. A bummer, for sure!

Some good news? The Department of Transportation does require the carrier to reimburse you for taxes along with any other non-refundable purchases you may have made as a result of your ticket, such as accommodations or tours.

It's still probably a wise idea to refrain from making additional hotel or tour arrangements until you're absolutely sure that your carrier plans to honor the ticket. If  72-hours has passed and you haven't heard anything, chances are you’re in the clear.

How Do You Find Mistake Fares?

Unless you’re at a computer all day obsessively searching flights (ahem, like us), it’s easy to miss out on mistake fares. Stay attuned by following @Airfarewatchdog on Twitter, where we post a mix of cheap flights, including mistake fares, when we see them, throughout the day.

If you have your heart set on a specific route, sign up for alerts for that route. When the price drops, we’ll let you know.

When an erroneous fare is filed, it can take several hours for the airline to correct it. If you spot a mistake fare in the wild, it’s smart to book as soon as possible and sort out the details later. Should you decide not to take the trip after all, you can cancel within 24-hours based on Department of Transportation policy. Mistake fares will usually vanish after a few hours.