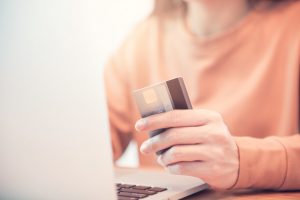 When Is the Best Time to Book Your Flight?

When is the best time to buy your flight? Ask around and you’re likely to hear varying answers, all of them supported by facts and figures, culled from data that wavers from year to year.

This type of info can be helpful in providing consumers with an average overview of the marketplace, but at the end of the day airfares remain unpredictable.

Ticket prices can and do change several times over the course of a single day. If you go by averages alone, you risk missing out on all the really good really cheap fares that bubble up with zero notice.

How Far In Advance Should You Book a Flight?

According to a study released this spring by CheapAir, the best time to book a domestic flight is 76 days in advance, up from 70 days the previous year.

Meanwhile, a similar report from Expedia recommends booking more than 3 weeks ahead, even pinpointing Sunday as the cheapest day to buy.

Related Story: How to Find the Cheapest Flight for Your Next Trip

That’s counter to the previous consensus among travel pundits that held Tuesday as the best day to book. And it wasn’t so long ago that Hopper pointed to Thursday as the day when fares are at their lowest.

But wait! CheapAir delves deeper, sorting data by seasonal variables. It’s no surprise that fall and winter provide the best value for flyers. The average difference between the lowest and highest priced day in fall came out to be $83, making it the best season for those who tend to book on the fly. Those numbers suggest booking about two months or 69 days in advance.

Winter is only a tad less at 62 days advance, with inflated holiday fares widening the gap between the cheapest and most expensive days to $203. In spring, the study points to 90 days ahead of departure as the ideal time to buy.

Everyone wants to get away in summer, with demand at its highest in July. If you’ve been following along in our blog, you’ll already know that your chances of scoring a cheap summer fare are greater for August and September travel, when fares begin to dip. According to the study results, the best time to book a summer fare is 47 days in advance.

These averages can be whittled down further by route. Both CheapAir and SkyScanner include a Best Time to Book tool with route specific estimates based on historical data. For example, SkyScanner lists the best time to book a trip from Los Angeles to New York as nine weeks (63 days) in advance. CheapAir says to book your Los Angeles to New York flight anywhere from 31 to 100 days in advance.

What's the Best Day of the Week to Book a Flight?

There is a somewhat reliable weekly rhythm when it comes to advertised airfare sales. Southwest, JetBlue, and other carriers release sales late Monday night and Tuesday morning, which then leads other airlines to adjust fares to match or undercut. So Tuesdays and even Wednesdays are great for catching sales.

Often, the very best fares are unadvertised, independent of any sale. And it’s not at all unusual for an airline to offer a fare for less than it appears in its own sale.

The best time to book your fare is—very simply—when it’s cheap. And a really cheap ticket can creep into the inventory at any time, any day, sometimes departing as early as tomorrow. If you search based only on the results of the studies mentioned above, you risk missing out on some pretty fantastic deals.

Because no one wants to fritter away the day punching dates into an OTA search calendar, the best way to keep tabs on low airfare is to sign up for free alerts, if you haven’t already. Keep in mind, some search sites exclude results for certain airlines, such as Southwest and Delta, both of which are always included on Airfarewatchdog. You can also follow along on Twitter @airfarewatchdog. Additionally, it’s a good idea to sign up for regular notifications directly from your preferred airline.

Should You Book A Flight Now or Wait For a Cheaper One?

Knowing when to book can be a tough call to make. Ultimately, there's no real guarantee, as it's impossible to predict what fares might pop up tomorrow or next week. What you can do in the immediate moment is compare the fare you're considering with what is available on other carriers as well as other booking sites.  Remember, not all sites will list every airline.  Southwest most famously does not include its fares on OTAs. Shop around and make sure you have a complete picture of what's available before you book.

If you do book, and happen to see a better fare immediately after, you can take advantage of the DOT's 24-hour hold policies that allow you to cancel your booking without penalty.