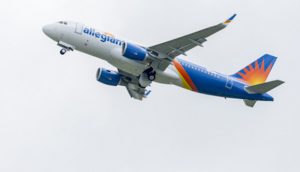 In a press release, vice president of planning and revenue Drew Wells said, "We know customers will love having our convenient, friendly service out of their hometown airport to great destinations across the country."

The new routes begin in October and intro fares are available from the service start date through mid-February, excluding peak holiday travel. Typical for Allegiant, these routes are all only flown twice per week and each route operates on different days of the week. Click on the fare details for more booking info.

Allegiant mainly flies from smaller cities to leisure markets around the U.S. Since there are extra fees for just about everything, you may find better deals from larger nearby airports on other airlines, but Allegiant often has the only nonstop service on its routes.