Today is one of the best days of the year to buy airfare. Southwest is having one of its biggest sales of the year and other airlines are matching. There are also some excellent deals for international travel and a summer travel sale on Frontier. Have a look at our top 10 airfare picks for today. 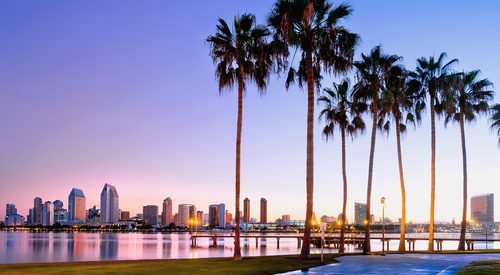 We only see this widespread sale on Southwest a few times per year. Nearly 2500 routes are on sale and over 200 routes are under $100 roundtrip, including nonstop flights from Phoenix to San Diego for $98 roundtrip. This sale is generally based on distance, which is usually the only time this route drops to a reasonable price. It is being matched by American, but Southwest has the best perks giving you two free checked bags and no change fees. I found this price available departing Phoenix PHX on Thursday, August 22, returning from San Diego SAN on Monday, August 26. Other dates are available for travel on Mondays, Tuesdays, Wednesdays, and Thursdays, from late August through December.

See all of our fares to San Deigo (SAN) from all over the U.S. and Canada Frontier claims to have 2 million seats on sale for summer travel. Although the advertised fares are higher than we sometimes see for off-peak travel on Frontier, there are some excellent deals for peak summer travel. Fly nonstop from Chicago to Ft. Myers for $127 roundtrip. Travel on Wednesdays and Saturdays through August. I found this price available departing Chicago ORD on Saturday, July 13, returning from Ft. Myers RSW on Wednesday, July 17.

See all of our fares to Ft. Myers (RSW) from all over the U.S. and Canada Fly nonstop from Seattle to Dallas for $179 roundtrip on American. Travel on scattered dates from late August through mid-November. I found a flight in Basic Economy departing Seattle SEA on Friday, September 27, returning from Dallas DFW on Monday, September 30. Perfect for a long weekend in Texas. If you want to choose a specific seat and be able to make ticket changes for a fee, a Main Cabin Economy fare is $279 roundtrip.

See all of our fares to Dallas (DFW) from all over the U.S. and Canada Here's another big price drop thanks to the latest Southwest sale. Fly nonstop from St. Louis to Washington D.C. for $198 roundtrip on either Southwest or American. This fare is available for travel on Mondays, Tuesdays, Wednesdays, Thursdays, and Saturdays, from late August through December. I found availability departing St. Louis STL on Saturday, August 31, returning from Washington DCA on Tuesday, September 3.

See all of our fares to Washington D.C. (DCA) from all over the U.S. and Canada Flights to the Twin Cities have come down thanks to Sun Country's new ultra-low-cost business model. And you don't necessarily need to fly on the bare bones airline to get a great deal. Although Sun Country does have slightly lower fares, Delta and United are selling nonstop flights from San Francisco to Minneapolis for $217 roundtrip. Travel dates for this price fit the same parameters as the Southwest sale, from late August through December. If you need to travel on weekends or during July, it's only about $10 more each way. I found this price available on Delta departing San Francisco SFO on Saturday, August 31, returning from Minneapolis MSP on Wednesday, September 4. An excellent opportunity to visit the Minnesota State Fair over Labor Day Weekend. We are starting to see more deals from Canada lately. Here's one that is hundreds of dollars less than it is from just across the border. Fly from Toronto to Guatemala for $319 CAD roundtrip ($238 USD) on Aeromexico. If you live in the Buffalo area, you're looking at $700+ USD for this route, so you can save a ton of money by catching a flight from across the border. I found this price available departing Toronto YYZ on Tuesday, September 10, returning from Guatemala GUA on Wednesday, September 18. You'll find other travel dates available on scattered dates between September and December. This is a "Basic" Fare, but an upgrade to a "Classic" fare is only $10 CAD more each way. Choose this if you want to pick a seat, earn full miles, and have the ability to make flight changes for a fee. Aer Lingus is having a fantastic sale which takes $100 off roundtrip flights to Europe. Fly nonstop from Boston to Dublin for $346 roundtrip. The discount will apply to flights from August through October, but you'll only find this price available in September and October. Searching on Aer Lingus, I found this price available departing Boston BOS on Tuesday, September 3, returning from Dublin DUB on Tuesday, September 10. This is a Saver fare, which only includes carry-on bags. Checked bag fees apply. If you need to check a bag, it's cheaper to purchase the $426 Smart fare, which includes one checked bag and advanced seat assignments. Fly from Miami to Amsterdam for $359 roundtrip on TAP Air Portugal. This price is easy to find for travel from October through April, excluding peak holiday travel in late December and early January. I found this price available on a flight over Thanksgiving break, departing Miami MIA on Wednesday, November 27, returning from Amsterdam AMS on Monday, December 2. This price is for TAP Portugal's "discount" fare, which only includes carry-on bags. If you need to check a bag, it is much cheaper to purchase the next level "basic" fare, which includes one checked bag, for $449 than it is to add a checked bag a la carte to the discount fare. 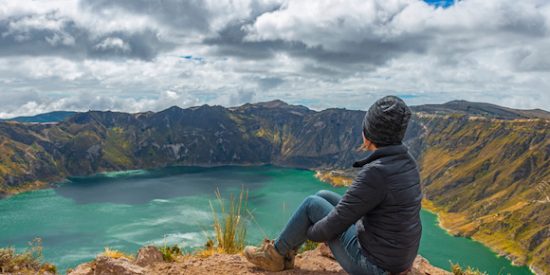 This route is now really affordable ever since Kenya Airways started nonstop service, which has made other carriers drastically lower prices to compete. Fly from New York to Nairobi for $548 roundtrip on Swiss. This price is pretty easy to find for travel from September through April, excluding peak holiday travel in late December and early January. For example, I found a flight departing New York JFK on Saturday, January 18, returning from Nairobi NBO on Sunday, January 26.

See all of our fares to Nairobi (NBO) from all over the U.S. and Canada