Looking for some fun in the sun? How about an adventurous trip to the mountains or to a music capital? Whatever type of trip you desire, we've got some great choices to inspire you in our top 10 airfare picks of the day. Fly nonstop from Providence to Nashville for $77 roundtrip on Sun Country. This fare has been sticking around on one of Sun Country's newest routes. Take a cheap trip to Music City while you can. Flights are available from May through December. Travel to Nashville on Sundays and Mondays, and return from Nashville on Tuesdays, Fridays, and Saturdays. You'll find a few more days of the week available in May and June, such as this weekend trip I found departing Providence PVD on Friday, June 14, returning from Nashville BNA on Monday, June 17. This price only includes a small personal item. Add a carry-on or checked bag for $30 each way. 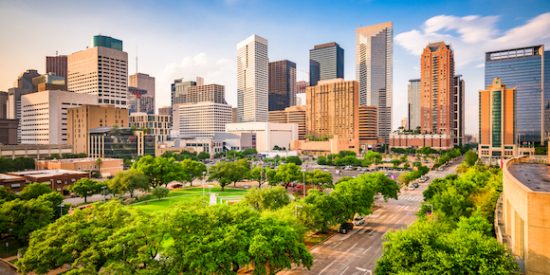 Fly nonstop from Philadelphia to Houston for $125 roundtrip on American. You'll find similar fares on United, but United's Basic Economy fare only includes a small personal item so its best to go with American, which includes a carry-on bag plus a personal item. Travel on scattered dates from August through mid-December. I found availability departing Philadelphia PHL on Saturday, September 14, returning from Houston IAH on Monday, September 16. It's over $200 more for a Main Cabin Economy fare so it will be much cheaper to book Basic Economy and just accept a random seat assignment if you want a cheap flight.

See all of our fares to Houston (IAH) from all over the U.S. and Canada Fly nonstop from Los Angeles to Boise for $153 roundtrip on Delta or United. Again, avoid United if you wish to bring a carry-on bag. This price is available for travel on Tuesdays, Wednesdays, and Saturdays, all year from July through April, excluding peak holiday travel. I was able to find a flight for a week-long trip over Labor Day Weekend for the Spirit of Boise Balloon Classic, departing Los Angeles LAX on Wednesday, August 28, returning from Boise BOI on Wednesday, September 4.

See all of our fares to Boise (BOI) from all over the U.S. and Canada 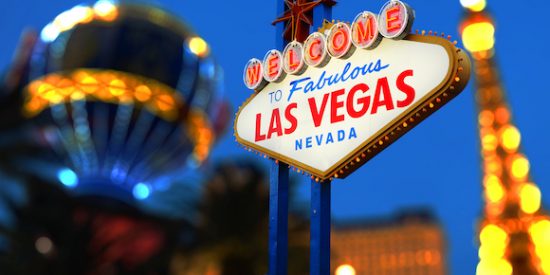 Fly nonstop from Charlotte to Las Vegas for $216 roundtrip on American. This route has really come down in price since Frontier announced new service starting this summer. This price on American is available from August through November. I found availability in Basic Economy departing Charlotte CLT on Friday, September 13, returning from Las Vegas LAS on Tuesday, September 17.

You'll pay much more for a Main Cabin Economy fare and you'll get the same amount of baggage either way. If you can deal with a random seat assignment and don't think you'll need to change plans, you'll save big by booking Basic Economy. Canada has been starting to see some really good deals lately. Fly from Montreal to Bogota for $295 CAD roundtrip ($219 USD) on Copa. For comparison, that's cheaper than it is to fly from Miami. This price is available on scattered travel dates in September and October. A few dates may require a lengthy layover in Panama, but there are some travel dates with easy connections. I found seats departing Montreal YUL on Friday, September 13, returning from Bogota BOG on Monday, September 23. A checked bag is included!

See all of our fares to Bogota (BOG) from all over the U.S. and Canada 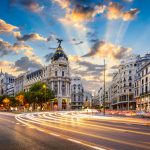 This incredible deal just keeps coming back and is always worth a mention, especially with its wide open availability. Fly nonstop from New York to Madrid for $273 roundtrip on American, Delta, or Iberia. Travel is available from September through early April, excluding peak holiday travel. It's extremely easy to find for departures from New York Sundays through Wednesdays, returning from Madrid Tuesdays through Fridays.

For example, I found a ticket departing New York JFK on Wednesday, November 27, returning from Madrid MAD on Wednesday, December 4. A checked bag costs $60 each way, but upgrading to a Main Cabin Economy fare for $70 each way may be worthwhile if you are bringing a checked bag.

See all of our fares to Madrid (MAD) from all over the U.S. and Canada

Flights to the Dominican Republic are usually very expensive compared to other Caribbean islands due to some of the highest taxes in the region. If you're flexible with travel dates you can fly on Aeromexico from Chicago to Punta Cana for $277 roundtrip, which is nearly half the amount other carriers are charging.

Only a few select dates in late November and December are available for this price. Travel to Punta Cana Friday or Saturday, and return from Punta Cana Saturday or Sunday. For example, I found availability departing Chicago ORD on Friday, November 29, returning from Punta Cana PUJ on Sunday, December 8. Perfect for a week in the Caribbean just after Thanksgiving. And if you want to choose seats and avoid Basic Economy, upgrading to Aeromexico's "Classic" fare is only $10 more each way, which still rings in under $300 at $297 roundtrip.

See all of our fares to Punta Cana (PUJ) from all over the U.S. and Canada Experience neverending sunlight in Iceland this summer with this excellent deal on American. Fly from Houston to Reykjavik for $496 roundtrip. One free checked bag and advanced seat selection are included in this Main Cabin Economy fare. Travel on scattered dates from August through October. I found seats departing Houston IAH on Wednesday, August 7, returning from Reykjavik KEF on Thursday, August 15. And if you prefer to fly from Houston-Hobby (HOU) airport, you'll find the same fare available. Did you know that you can fly from Indy to Europe nonstop? This flight on Delta started about one year ago and usually has much higher prices since it's currently the only scheduled nonstop flight available from Indiana to Europe. Thanks to some big price drops to Paris this week, you can fly nonstop from Indianapolis to Paris for $495 roundtrip on Delta. Travel from October through early April, excluding peak holiday travel in late December and early January. Travel to Paris Sundays through Wednesdays, and return from Paris Tuesdays through Fridays, with a Saturday night stay required.

I found availability in Basic Economy over Thanksgiving, departing Indianapolis IND on Wednesday, November 27, returning from Paris CDG on Tuesday, December 3. If you need to check a bag, make sure you select a Main Cabin Economy fare for $615 roundtrip, which includes a free checked bag and advanced seat assignments. Basic Economy includes carry-on bags, but a checked bag is $60 each way, which would be equal to the Main Cabin Economy fare.