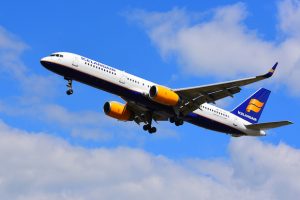 Sorry, Cleveland flyers. You went from having two nonstop options to Iceland to zero in just a few short months.

Icelandair is the latest carrier to cut ties to the Rock and Roll Capital of the World by nixing seasonal service in 2019, citing it was "partly due to the suspension of the Boeing 737 MAX" and "changes in the competitive environment." WOW air briefly offered connections between Cleveland Hopkins International (CLE) to its base in Keflavik (KEF), Iceland but cut the route last October and has since gone bust.

Halifax, Nova Scotia (YHZ) is the second destination being axed by Icelandair, mainly for the same reason. The worldwide grounding of the Boeing 737 MAX has hit the Icelandic carrier hard and forced the airline to lease three aircraft to service the routes affected by its grounded fleet of three MAXs.

Iceland’s travel boom heyday is now starting to dwindle. Tourism numbers haven't been climbing at the rate they once were, and, with WOW air’s folding, fares for $99 one-way are a thing of the past. While the Boeing groundings are certainly a significant factor in the carrier's decision to cut these two destinations, dropped demand is the most likely cause for Icelandair’s shift in its route network.

Icelandair will now serve 17 gateways in North America following the announcement of these cuts.