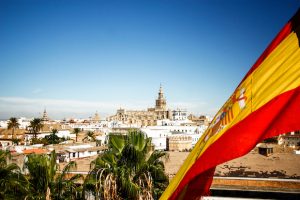 Fancy spending time in late summer siesta-ing in Spain? We all do! So make it happen with TAP Air Portugal's ongoing unadvertised sale on flights to Europe. While nearly all of the airline's destinations are marked down its network in Spain is one that's worth paying attention to. TAP's robust route offerings in neighboring Spain make for smooth connections to cities that many other carriers don't reach.

Bigger cities like Madrid (MAD) and Barcelona (BCN) ring in the cheapest starting at $297 roundtrip, with all others falling in the $380 range from Boston, Miami, and NYC. Chicago and DC price a bit more at $440ish roundtrip, but that is still hundreds less than what other airlines are offering.

The best part is that these fares can be booked one-way for around half the roundtrip price, and offer the chance for a free stopover in Portugal along the way!

You may find better deals on nonstop flights or better connections with other airlines on scattered travel dates, but these TAP Air Portugal fares have excellent availability for daily travel from late August onward. And there isn't any minimum stay requirement that most other carriers have on the lowest fares.

This sale is unadvertised, and prices may jump at any time. Book quickly to take advantage of these incredible deals.

As an example below, I found seats departing ORD on Saturday, August 17, and returning from MAD on Sunday, August 25, 2019. That is an amazing price for peak August travel dates! Keep in mind that these are TAP Air Portugal's "discount" fares, which only include a carry-on bag plus one personal item. Consider purchasing the "basic" fare if you need checked baggage allowance. It's always cheaper to purchase the basic fare, which includes one checked bag (usually $35 more each way) than to pay for a checked bag on the discount fare. Compare this upgrade to what it costs to check a bag on other carriers (usually $60 each way), and these TAP Portugal fares are a real steal if you travel with checked baggage.

For more deals, check out our Europe Flight Deals page.