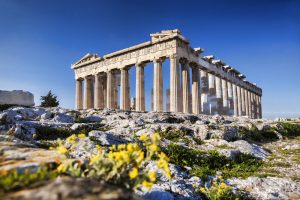 New Norwegian Service to Athens and Barcelona from $360+ Roundtrip

While Norwegian announced it plans to cut service to the Caribbean after seasonal service ends, the airline has managed to keep most of its transatlantic network intact. With the addition of Athens, Norwegian will offer 13 nonstop destinations from New York to Europe this summer. The new service from Chicago to Barcelona will be the fifth U.S. city Norwegian serves from Barcelona.

New nonstop flights from Chicago to Barcelona will operate in both directions on Mondays, Wednesdays, Fridays, and Saturdays, starting June 7, 2019.

Keep in mind that Norwegian has a weight limit of 22 lbs. total between your carry-on bag and personal item. A checked bag costs $45 each way. For more information on flying this low-cost carrier across the Atlantic, read our guide on How to Fly Norwegian Air.

New routes often spark fare wars on other airlines so if you prefer to fly on another carrier, sign up for fare alerts to be notified when prices drop on all airlines.