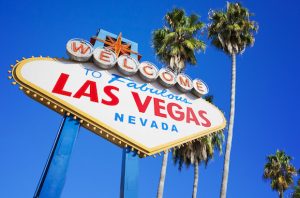 Flights to Vegas from $67+ Roundtrip on Legacy Carriers

There's more to Vegas than casinos. Go for the world-class shows, top chef restaurants, or a jumping off point to visit the Grand Canyon. Whatever brings you to Vegas, it's just a cheap flight away. Flights start at just $67 roundtrip on legacy carriers such as American, Delta, or United. Southwest also has some great fares to Vegas.

We've rounded up just 10 routes—all under $200 roundtrip, but there are similar deals from many more cities across the U.S. and Canada.

Travel dates and periods vary by route. These fares are unadvertised and are subject to change at any time so book quickly for a cheap flight to Vegas.

Lower fares may be available on ultra-low-cost carriers like Allegiant, Spirit, or Frontier. Keep in mind that extra fees on those airlines may add up to a more expensive ticket than buying a ticket on a legacy carrier. Compare Basic Economy fares across airlines to see what airlines may work for your needs.

Need a place to stay in Vegas? Check out these hotel options on TripAdvisor.