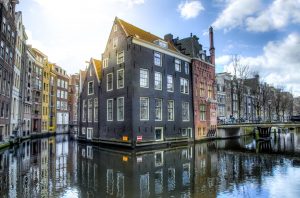 Amsterdam on Sale for $468 Roundtrip from All Over the USA

Just like the nationwide sale to Italy, we're seeing some fantastic $468 roundtrip fares to Amsterdam (AMS) from nearly every airport in the U.S. Many nonstop options are available for similar fares and these great fares are available on the legacy carriers American, Delta, United, Air Canada, and KLM. Act fast! This sale is unadvertised and prices could disappear at any moment.

Travel to Europe on Sundays, Mondays, Tuesdays, and Wednesdays, and return from Europe on Tuesdays, Wednesdays, Thursdays, or Fridays. These fares are available for travel in February and March. All fares require a minimum stay of 7-nights.

This is just a small sample of routes. As this is nearly nationwide, make sure to check flights from your city, even if it isn't listed. There are likely similar deals to other major hubs in Europe so search for travel dates in February/March that follow the rules listed above.

This is a Basic Economy fare, which only includes carry-on bags and does not include advanced seat selection. A checked bag costs $60 each way. However, if you need to check a bag, you'll likely be better off purchasing a standard Economy fare, which seems to be $55 more each way on most routes/dates, and includes one free checked bag.